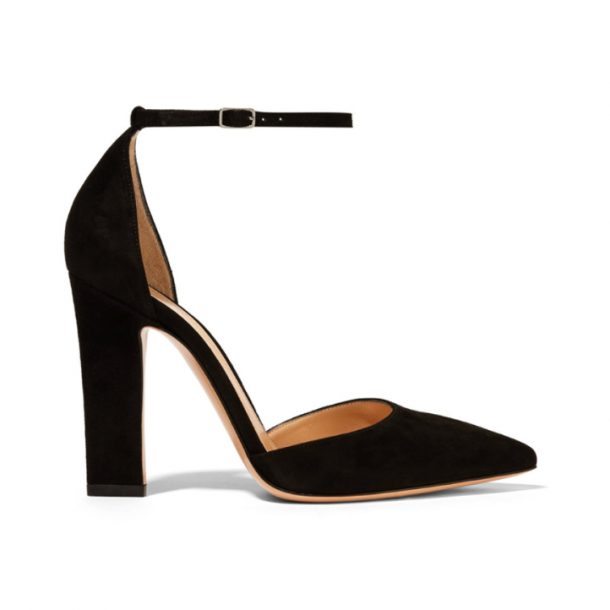 In 2017, the Duchess of Cambridge (Kate Middleton) debuted a new pair of sandals during a visit to Paris, France. They were by Gianvito Rossi. 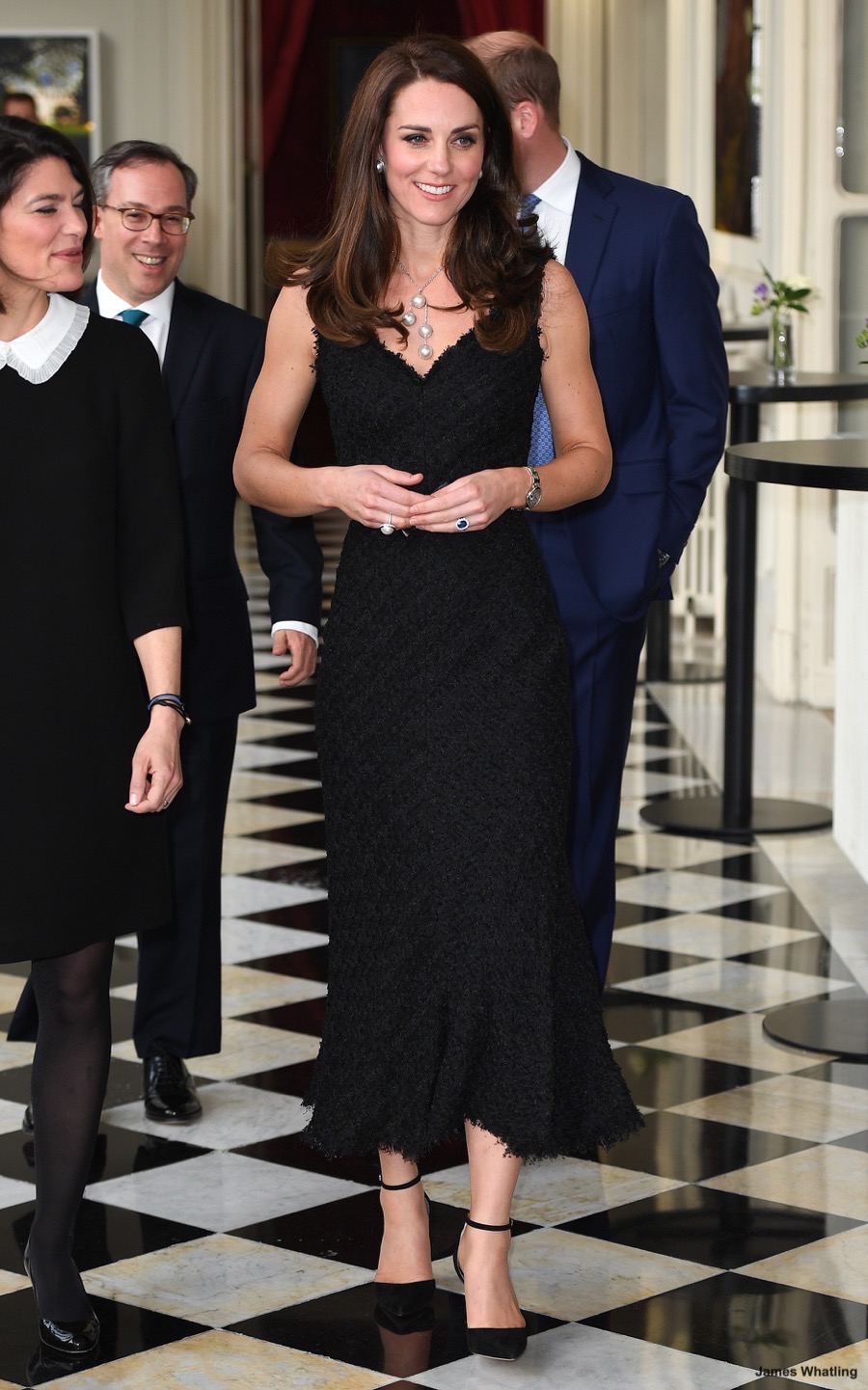 Kate wore the sandals later in the year too, this time during a Garden Party in Warsaw, Poland. 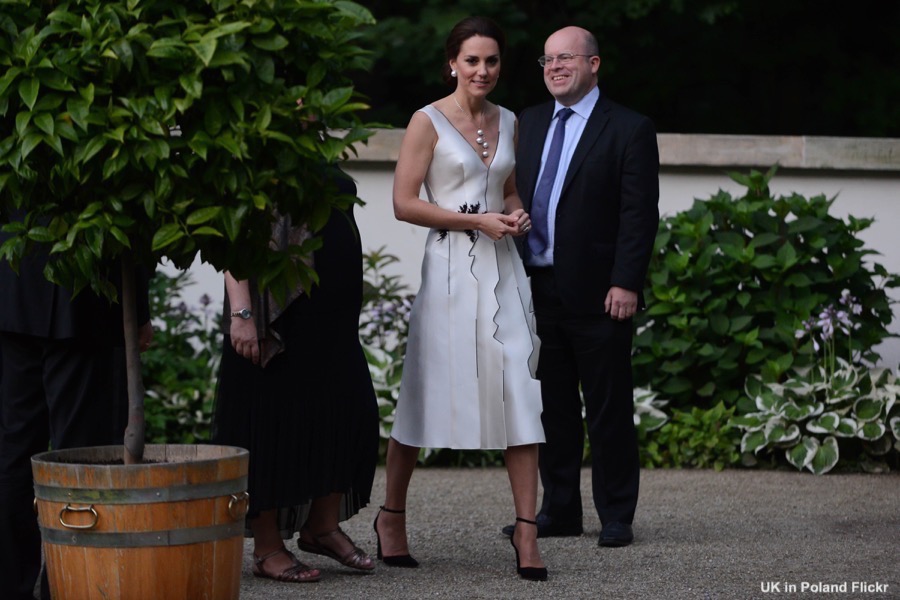 About the Gianvito Rossi sandals:

The black suede D’orsay style sandals feature a pointed toe, a block heel and an ankle strap with a buckle fastening.  The shoes are made in Italy and the heel measures approximately 104mm.  Net-A-Porter describes them as a “timeless edition to any well-edited closet.”

Gianvito Rossi is an Italian footwear designer with a reputation for the “perfectly engineered stiletto” (according to the Telegraph) and a “devotion to purity of design” (Forbes). The designer worked alongside his father, Sergio Rossi until the mid-2000s.  His designs are worn by Gwyneth Paltrow, Sarah Jessica Parker, Penelope Cruz and, of course, Kate.

The Duchess owns at least six other pairs of Gianvito Rossi shoes, including a pair of strappy sandals and five pairs of suede heels.   Pictured below, Kate wearing the designer’s signature Gianvito pump. 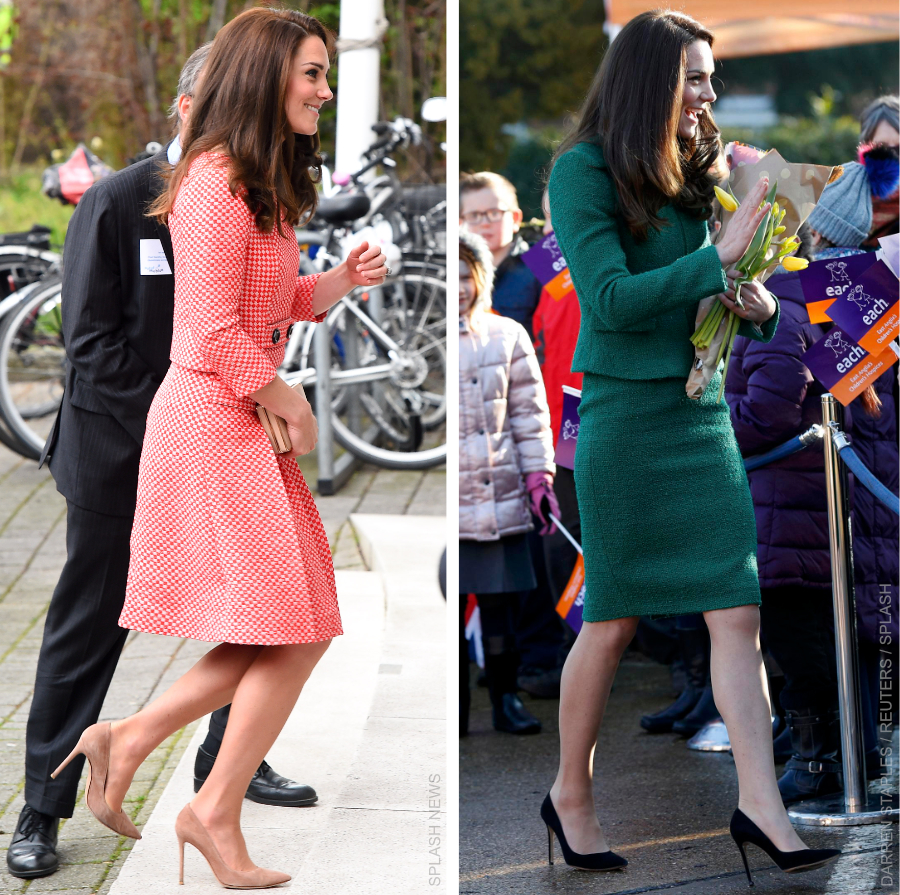 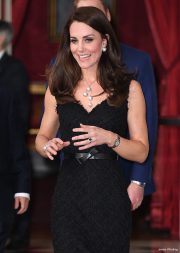