Kate Middleton has an enviable sneaker collection (trainers if you’re in the UK).  Below, I’ve listed casual footwear worn by the Duchess over the last 10+ years—you’ll also find her other sports shoes here too, like tennis shoes, plimsolls and running shoes. 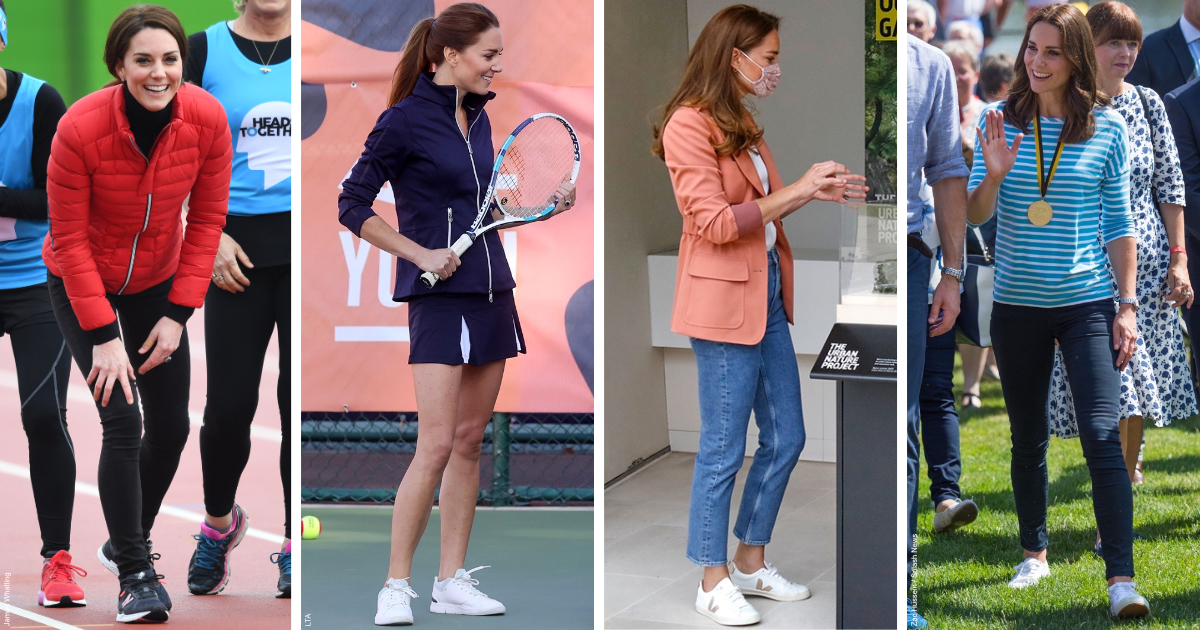 What sneakers /trainers does Kate Middleton wear?  Which is her favourite pair?

Kate Middleton's most worn sneakers/trainers are the Superga Cotu Classics (below, centre).  She owns them in two colours: white canvas and green canvas.  We’ve spotted her wearing them on 15+ different occasions over the last 4 or 5 years.  This might not sound a lot, but it is a high portion of public engagements—especially compared to other sneakers that we’ve only seen her wear once or twice. 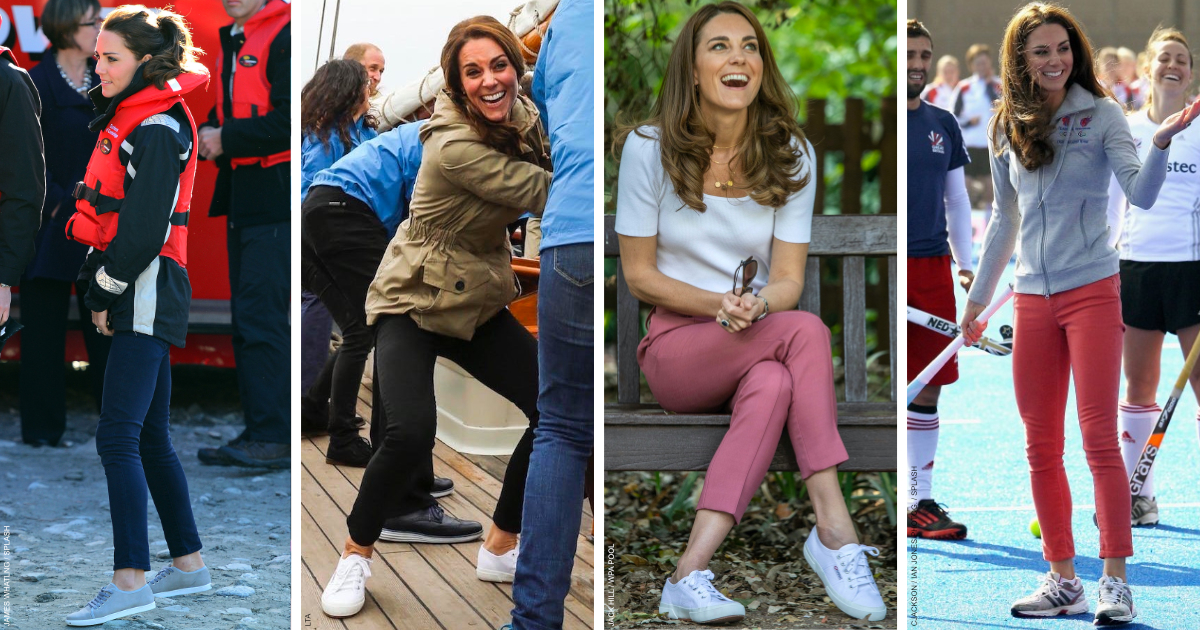 In terms of brand, we know Kate’s partial to a pair of New Balance sneakers. We’ve seen her wear THREE different styles from the company over the last few years.  She also has a couple of pairs of Adidas and Asics trainers in her collection too.

During the early years of her marriage, Kate was spotted in the grey suede Mint Velvet Bibi plimsolls fairly frequently.  There is a handful of paparazzi photos showing her in the shoes while shopping or travelling.  She also wore them to two public engagements.

Which sneakers/trainers did Kate Middleton wear in 2022:

Kate recently wore her white Superga sneakers during the Jubilee Tour in March 2022.

In 2021, she added Veja Esplar sneakers to her closet.  She wore them to two public engagements last May and June.

She also added a pair of white tennis shoes by On Running.   She wore them to play a game of doubles with Emma Raducanu in the summer.

What does Kate Middleton wear with her sneakers (trainers)?

Kate will often wear a pair of sneakers/trainers with gym wear during sporty engagements—whether that’s playing tennis or sailing a boat!

She’ll also wear them with jeans and suit trousers for outings where a casual outfit is called for, perhaps chatting with mums in a local park or meeting marathon runners ahead of the big race.  She'll take her outfit from relaxed to smart by throwing on a blazer too.  The result is trendy and makes her look approachable. 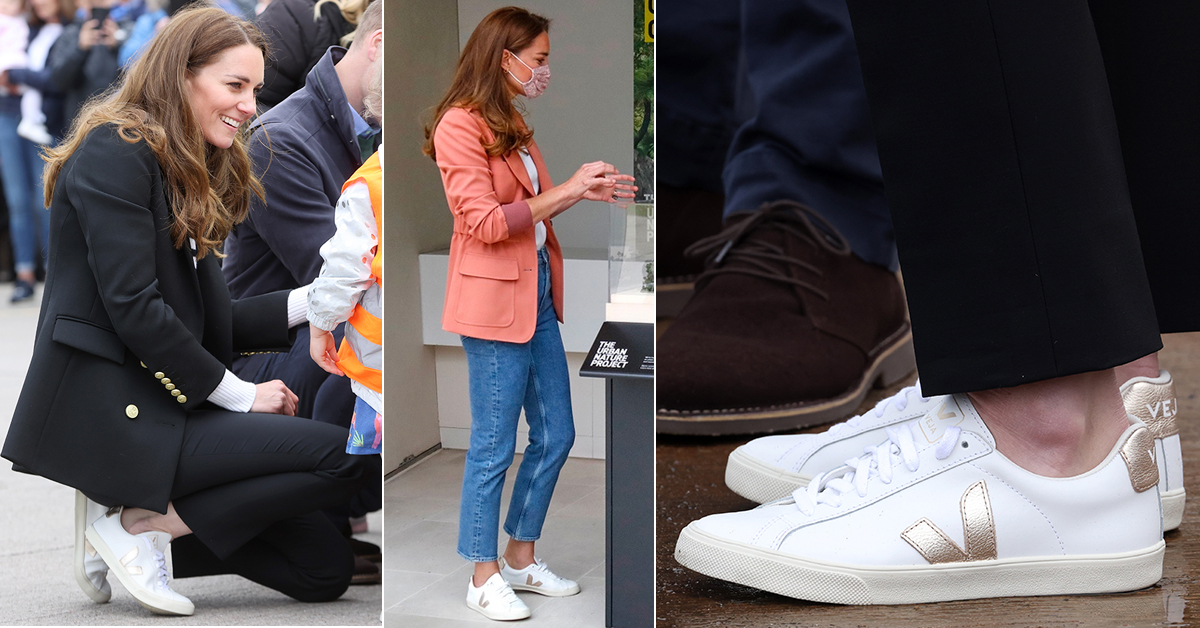 You're probably thinking of the white Superga Cotu Classics. They're her most-worn pair of white sneakers (12+ wears in public since she first debuted them in 2017).

Or, perhaps the Veja Esplar sneakers in white and 'platine'?  Kate added these to her collection recently. (She first publicly wore them in 2021). The shoes feature the company's distinctive V logo on the side in rose gold.

Which Superga does Kate Middleton wear?

She owns the Superga 2750 Cotu Classics in both white canvas and green canvas.