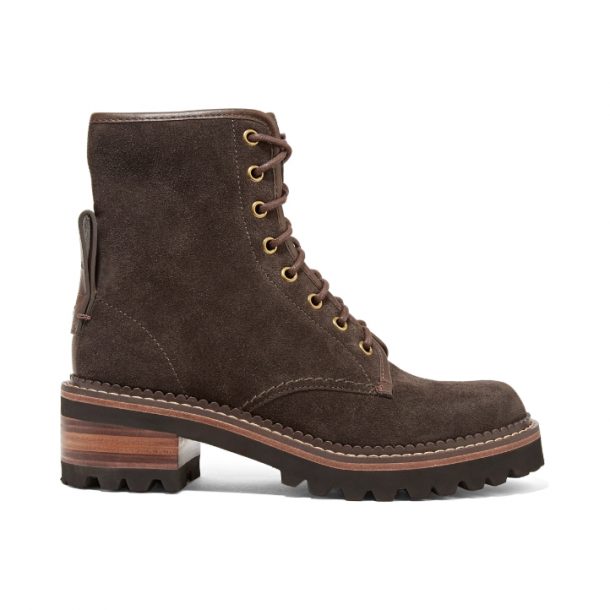 Kate Middleton owns a pair of brown combat boots from See by Chloé.

Kate’s worn the brown lace-up boots to eight/nine official royal visits (there’s some discrepancy on how engagements are counted! Kate wore them twice on the same day, to two different engagements with slightly different outfits!)

Kate last wore the boots in November 2021 to attend a COP26 Scouts event in Glasgow.

About The See By Chloé Combat Boots:

The dark brown suede combat boots feature tonal leather trims and logo-embossed heel tabs on a chunky tread sole. Sadly, they’re now sold out in this exact style.  They retailed for $445 at Net-A-Porter.com.

Inspired by Kate! It’s a shame that See by Chloé no longer sell this exact same pair of brown combat boots—why not take a peek at their current season collection instead? They have a few lace-up styles you might like, including the style on the left:

While See by Chloé isn’t one of Kate’s go-to labels, we have seen her wear the brand once before. She wore a dress from the company’s Fall 2016 line.   It was cream-coloured with long sleeves and a fit and flare silhouette.  Pictures and more details on this page.

About See by Chloé:

See is a diffusion line by French luxury brand Chloé.  It was launched over 20 years ago under the creative direction of Stella McCartney.  Net-A-Porter describes See by Chloé as “the hip girl’s answer to idiosyncratic cool.” 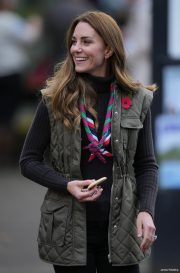 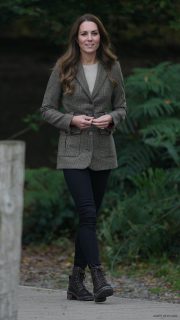 Kate keeps it casual in Cumbria: Duchess dresses down for outdoor activities 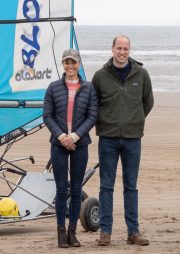 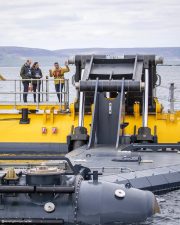 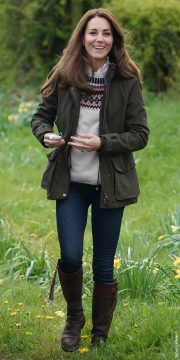 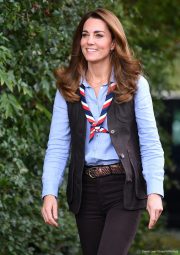 Kate wears an outdoorsy outfit as she joins Scouts in London 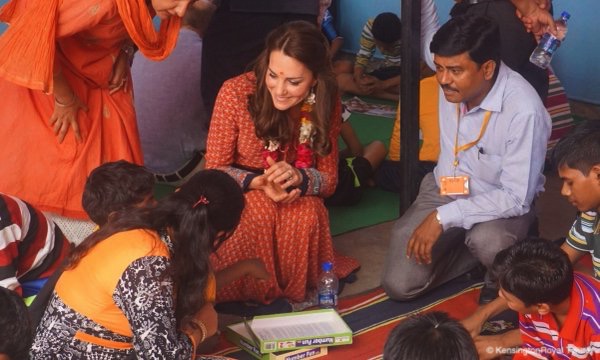 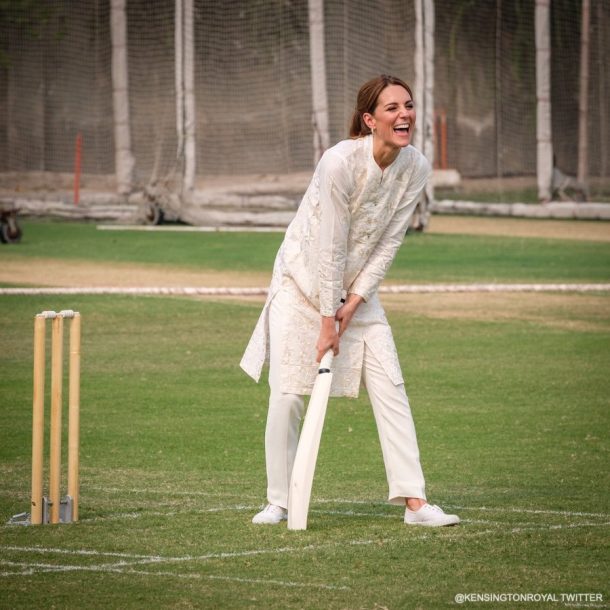