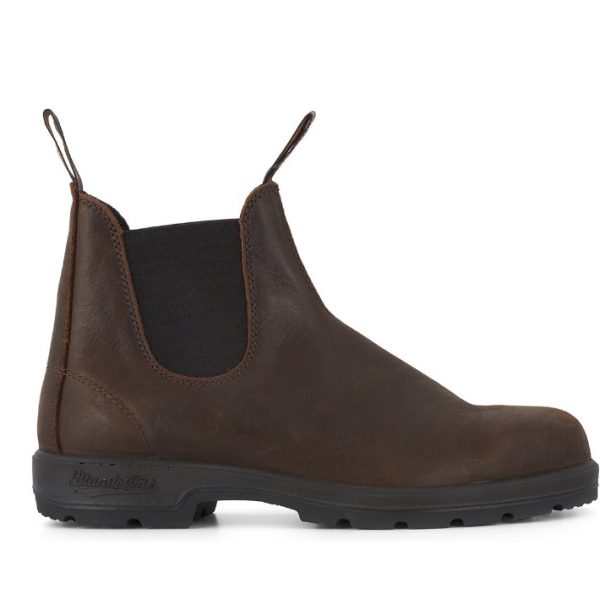 We first noticed her wearing them in 2022.

Which Pair of Blundstone Boots Does Kate Middleton wear?

After some forensic investigation, I am pretty certain the Princess wears the #1609 style in antique brown leather*. Let’s take a closer look:

As you can see, the shoes are lined with black and feature a brown tab at the back. This shows they’re made from leather, they’re not the vegan style or the thermal style. Those have different coloured tabs.

The shoes also feature a black elastic panel. The other leather versions of the shoe in brown feature brown panels at the side. So I am confident she wears the #1609 style in antique brown leather.

Another look. This time from the front.

Where did Kate Middleton wear her Blundstone boots?

Kate’s worn the flat brown ankle boots on three royal engagements to date. At a Forest School in Copenhagen, Denmark (February 2022), in Abergavenny in Wales (March 2022) and during a mental health chat and walk with Roman Kemp as part of the Shaping Us campaign (January 2023).

Royal fashion fans also spotted Kate wearing the brown Chelsea boots in February 2022, during a shopping trip at the Peter Jones department store in London. You can view the photo here (new tab).

We’ve seen Kate style her Blundstones on four occasions to date—each time she paired the brown Chelsea boots with a casual outfit.

She wore her Blundstones with skinny jeans on all four occasions—though if you’re a fan of a looser cut, I’ve seen the boots worn with turn-ups too.

Kate wore her boots in winter with chunky warm sweaters and casual coats (twice with her Seeland jacket, once with her beige checked Massimo Dutti coat, once with the L.K. Bennett Darwin jacket).

Where to buy Blundstone Chelsea Boots:

Zappos
And of course, Blundstone

Pair these brilliant boots with jeans, a comfy sweater and a casual coat for Kate-inspired style all season long.

* Disclaimer/update/correction – Previously, I wrote that the Princess wore the vegan version of this shoe. I did make it clear that this was a best guess – but I was reasonably confident at the time. I made this assumption due to the colour and went along with the consensus of other Kate fans.

Since, I’ve reexamined photos of Kate wearing the boots. I realise I was wrong. I am now certain certain she doesn’t wear the vegan style (they’re lined in a different colour to the leather, the boots also feature different coloured tabs.) I’m now sure she wears the 1609 style in antique brown.

Blundstone sell the same style of boot in many, many iterations, hence the confusion.

Apologies for the correction. Blundstone sell many iterations of their iconic Chelsea boot. The shoes all look very similar on the outside.

As a general disclaimer, I could be wrong again (don’t think I am!) so if you’re planning to buy a pair of Blundstone boots, choose a fabric/colour/style that works best for you! 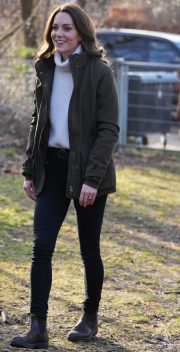 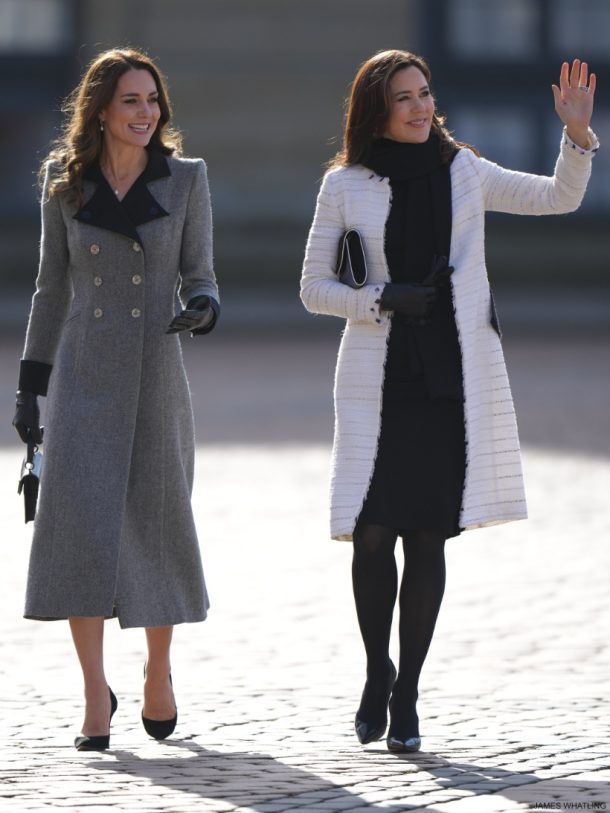