William, Kate and baby George touched down in Sydney Australia after saying goodbye to New Zealand earlier in the day. Here’s a picture of Kate and George leaving the plane: 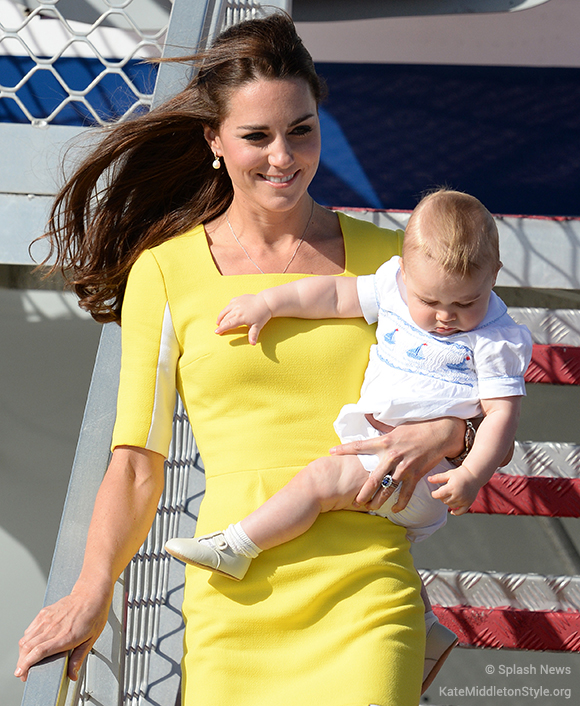 Kate stepping off the plane with baby George

And if you’d like to watch some footage of the royals disembarking from the plane, Sky News uploaded this video of the royal trio:

The Cambridges’ first port of call was Sydney Opera House, where a welcome reception was held in their honour. The couple were given a tour of the landmark. designed by Jorn Utzon, and took a look at the harbour, where they posed for photographs under Harbour Bridge.

Here’s a picture of Will and Kate at the Sydney Opera House: 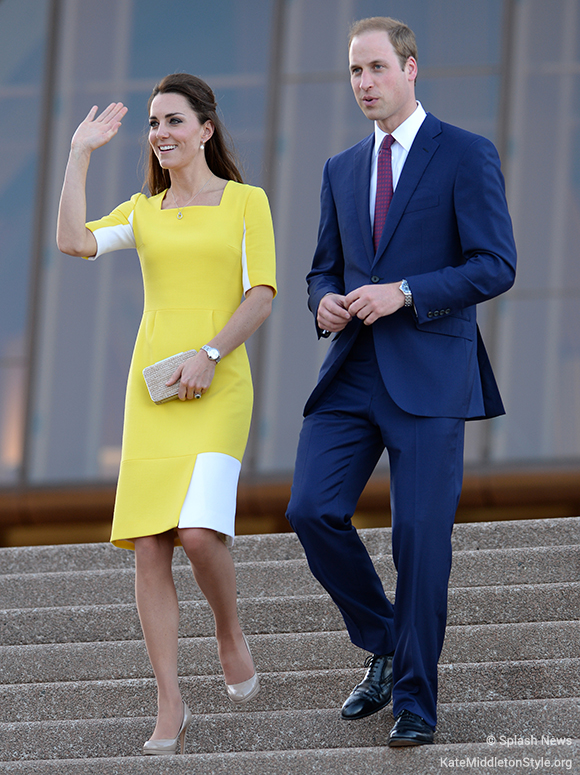 Inside of the Sydney Opera House, the royal pair met guests, including cricketers Glenn McGrath and Ellyse Perry. Prince William also gave a speech, in which William speculated that George’s first word might by “Bilby”. He also spoke of his late mother’s affection for the country.

After the reception, William and Kate headed outside to meet waiting crowds. One lucky well-wisher was able to capture this fantastic video of Kate.  Click on the video to watch it on nineMSN (embedding was not available!) 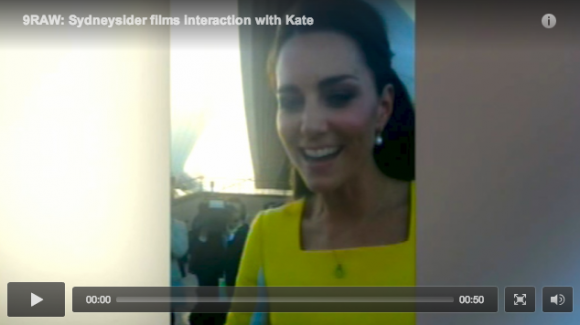 Video of Kate in Sydney

The pair then took a boat to Admiralty House, where they will stay during their visit to the city. A couple of photographs have emerged from Admiralty House, including this one from the British Monarchy’s Flickr page.   It shows a laid back, relaxed meeting:

The trio at Admiralty House

Kate wore a new dress by a familiar designer today. She donned a sunshine yellow dress by Roksanda Ilincic.

With thanks to What Kate Wore and Perth Fashion, we know that Kate is wearing a custom version of the designer’s Ryedale dress, which forms part of the spring summer 2014 collection. Here we show multiple views of the dress: 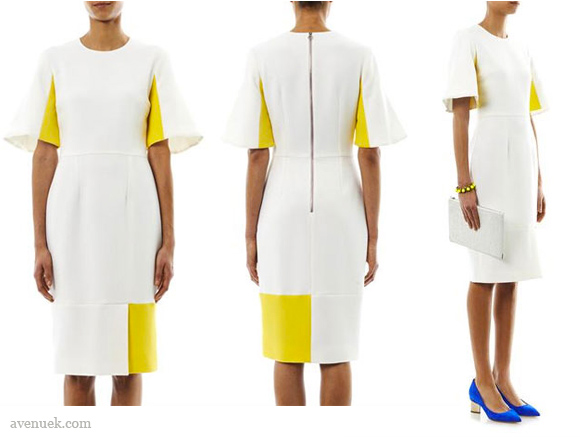 Kate is wearing this Roksanda Ilincic dress in yellow

Susan from What Kate Wore notes that both dresses are identical, apart from Kate’s dress has squared neckline, more slim sleeves and the colour patches have been reversed.  The original Ryedale dress is currently available at Matches Fashion for $1441, approximately £680. It’s also available in black and green:

You may recall Kate wore a light lilac dress by Roksanda Ilincic back in 2011 during the North America tour. 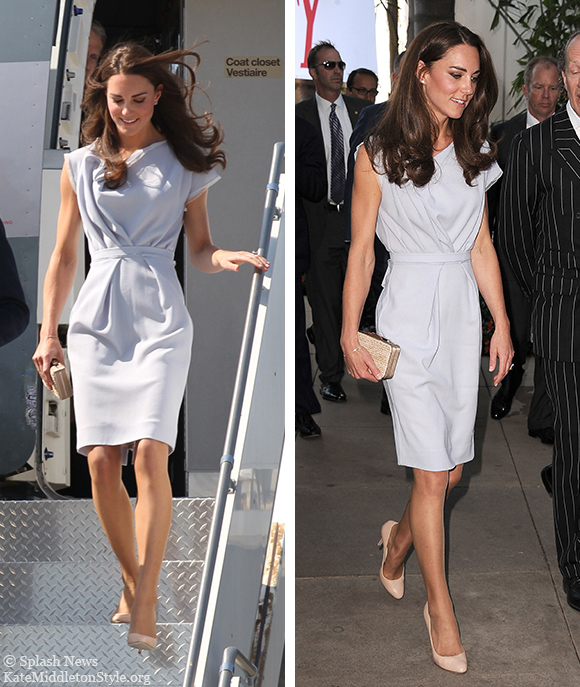 With the dress, Kate wore her L.K. Bennett sledge shoes in nude patent (available for $345 in Nordstrom for those in the USA), quashing any rumours that she’s ditched the brand. She paired with her straw Natalie clutch bag (no longer available). Here’s a picture of the shoe and bag combo from 2012’s Jubilee tour:

Kate wore her pearl earrings by Annoushka, with the Kiki McDonough hooks and finally, we could see just a glimpse of her Mappin & Webb Fortune necklace (seen in the video I posted above).