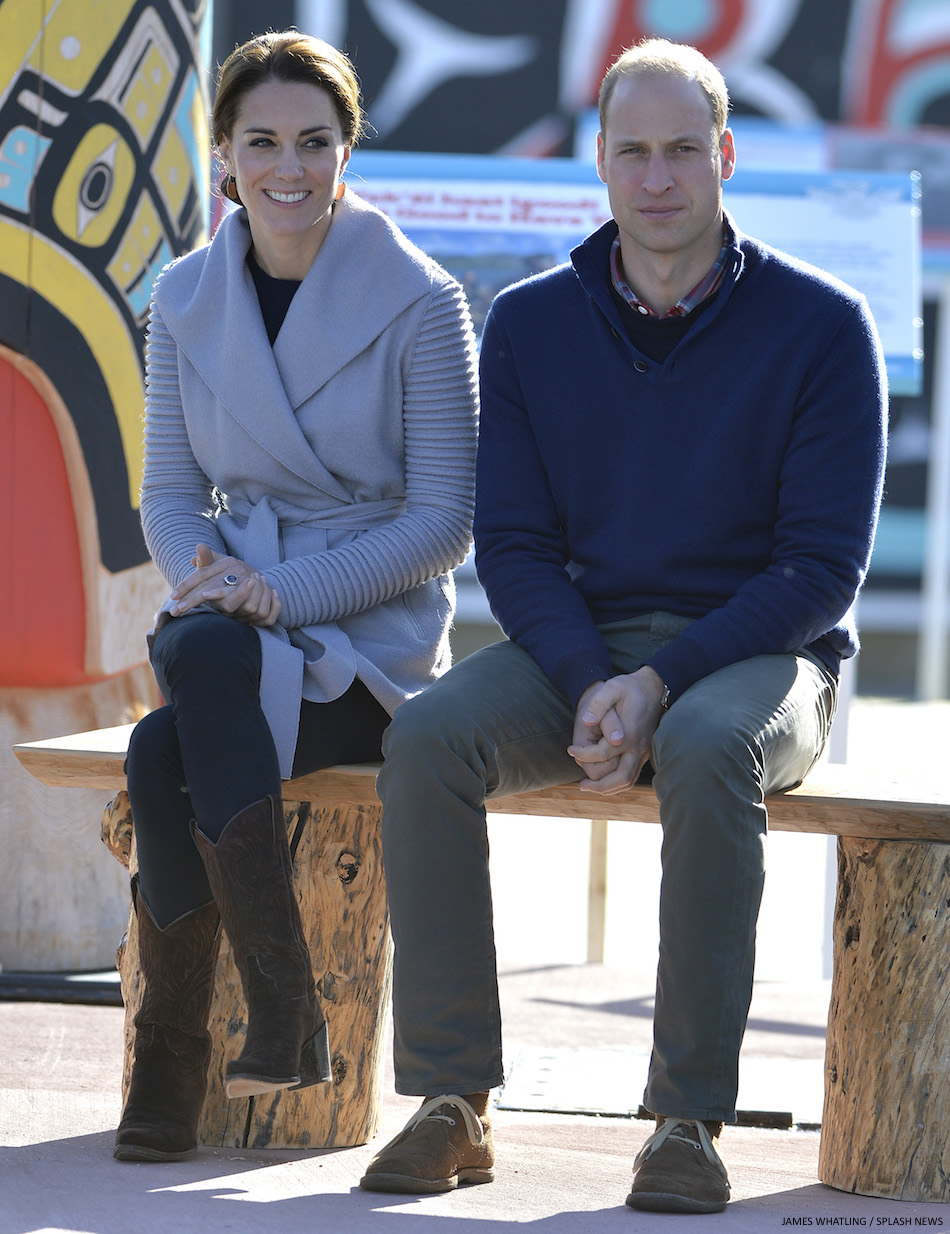 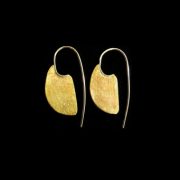 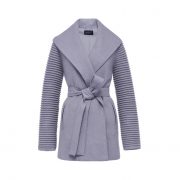 The Duke and Duchess of Cambridge spent the fifth day of the Royal Visit Canada touring Yukon in the northwest (29th September 2016).   Earlier in the day, the couple toured MacBridge Museum and attended a street party showcasing work from local craftsmen and artists.  We covered these earlier engagements in a different blog post, which you can read here. For the second part of the day, William and Kate visited the small town of Carcross, which is set amongst picturesque scenery. Next, William and Kate received a tour of recently completed buildings and public spaces, giving them an opportunity to meet the local community. They heard about the traditional Inland Tlingit and Tagish totem project and Kate painted an eye on a totem pole. The couple also met with children enjoying the new playground at Carcross Commons. 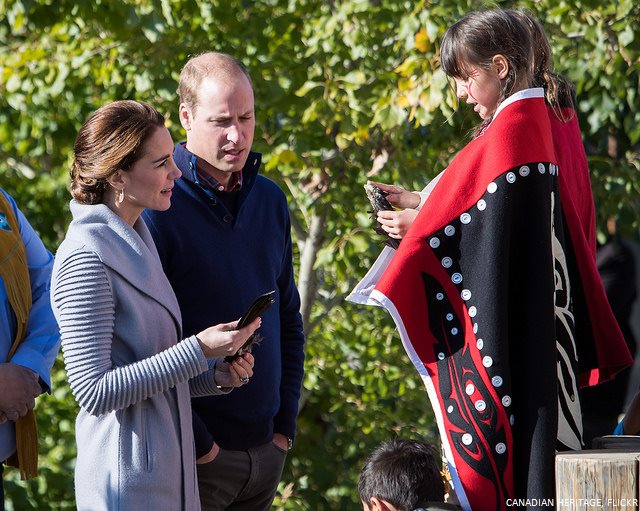 Next, the couple made an impromptu visit to the White Pass steam train at the foot of Montana Mountain. 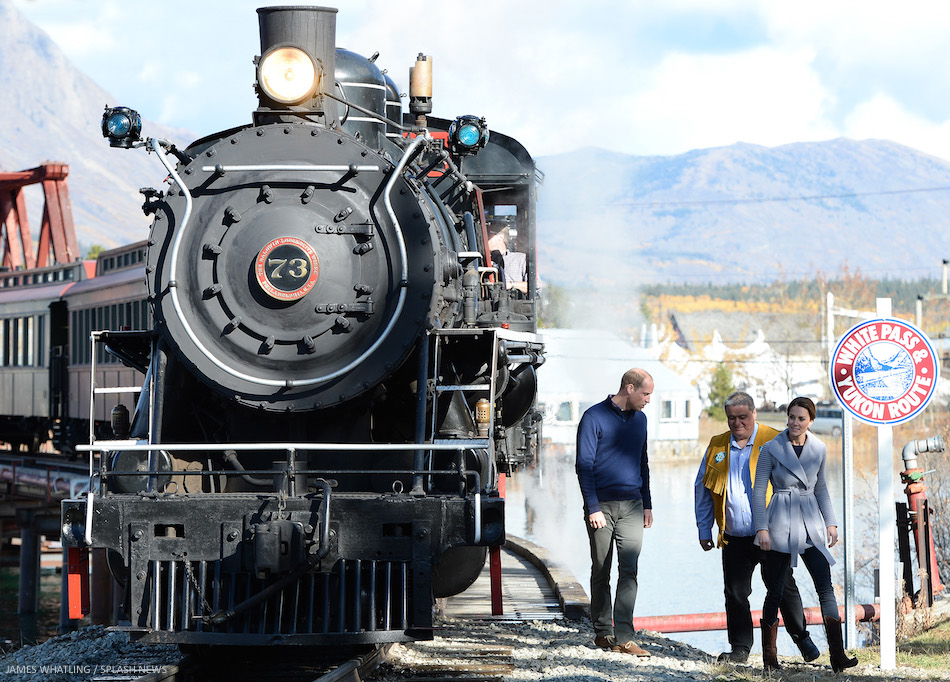 The couple made the unscheduled stop after hearing that the Queen and Prince Philip (William’s Grandparents) rode a steam train 1959 during a visit to Canada.  William blew the train’s steam whistle before returning to the rest of their day’s engagements. 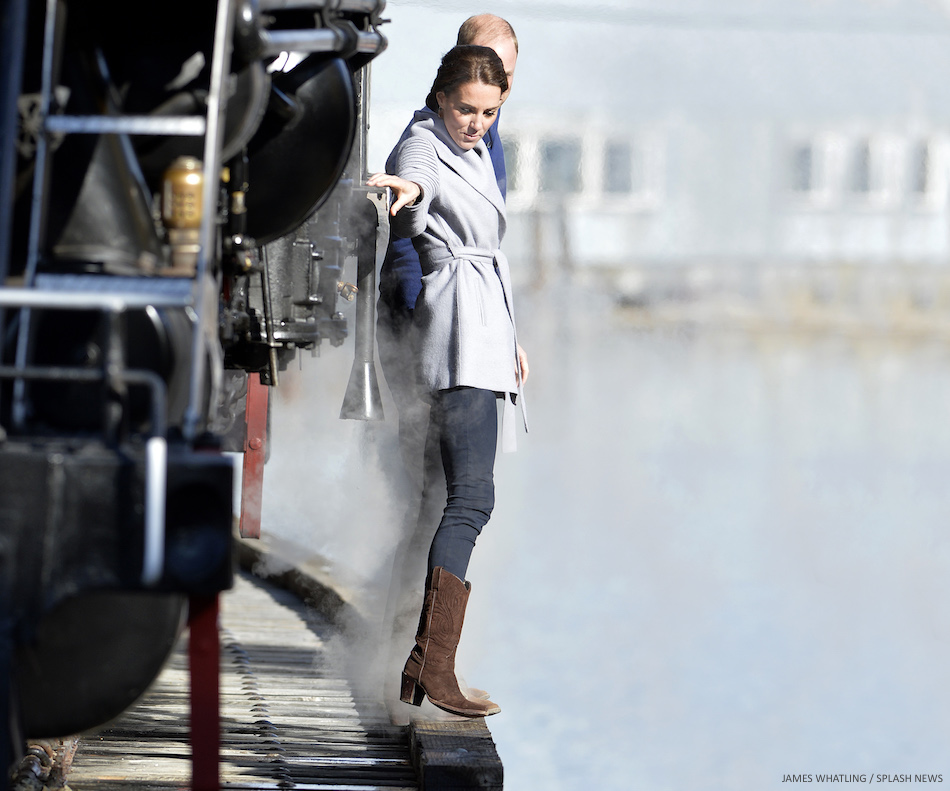 Nearby, Palace aides and onlookers held their breath as William and Kate teetered on the edge of the railway track, a few meters away from the icy waters underneath!   Thankfully, William and Kate managed to side-step back to safety without incident. After, the couple continued their journey to Montana Mountain.  Their next engagement took place halfway up the mountain, where they were able to take in breathtaking views of the snow-capped peaks.  The area is part of the land returned to the Carcross/Tagish First Nation in 2006 under a treaty with the Yukon government. They met with a number of young mountain bikers from a project called The Single Track to Success (S2S). S2S builds world class mountain biking trails that help to increase tourism to the area.  This provides jobs for the First Nations people living in the area. It also provides life changing experiences to local youth. After, the couple travelled back to Whitehorse airport and then back to their base in Government House, Victoria.  (where George and Charlotte are staying with Nanny Maria).

As you have probably noticed, Kate changed out of the red coat and heels from earlier in the day.  She opted for a casual look, pairing a wrap coat with jeans and boots. The grey coat is from Sentaler, a Canadian brand. It’s the label’s “Wrap Coat with Ribbed Sleeves“.  Worth noting: the designer is favoured by Sophie Gregoire Trudeau too (the wife of Canadian Prime Minister Justin Trudeau). The coat is wrap-around style and is belted.  It also features distinctively ribbed sleeves. It has two slit pockets at the front and is made from a mixture of alpaca and sheep’s wool.   Here’s how the company describes the coat on its website:

“This double-faced superfine alpaca wrap coat has the Sentaler signature ribbed detail on sleeves. It is the perfect statement piece.”

Kate’s brown cowboy boots are by R. Soles.  They are the Virgi Chocolate Suede boots and they cost £295.  The company originated on King’s Road in Chelsea, London but are now online only.  The company is known for its high-quality cowboy and biker boots. The Duchess wore the boots during her last visit to Canada too.  You can just make them out in the photo below: Kate wore a new pair of earrings.  They’re made by local Canadian designer Shelley Silversmith.  According to the designer, the earrings were in a local store in Whitehorse and a member of Kate’s team handpicked them during a visit over the summer. You can buy the earrings from the designer’s shop on ETSY.

Sadly, I am unable to tell which jeans Kate’s wearing.

Of course, Kate’s wearing her watch and her engagement ring.