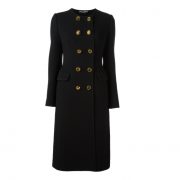 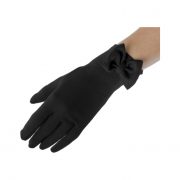 On the 12th November 2017, Kate joined the Royal Family for the National Service of Remembrance. It’s the seventh year running she has attended. 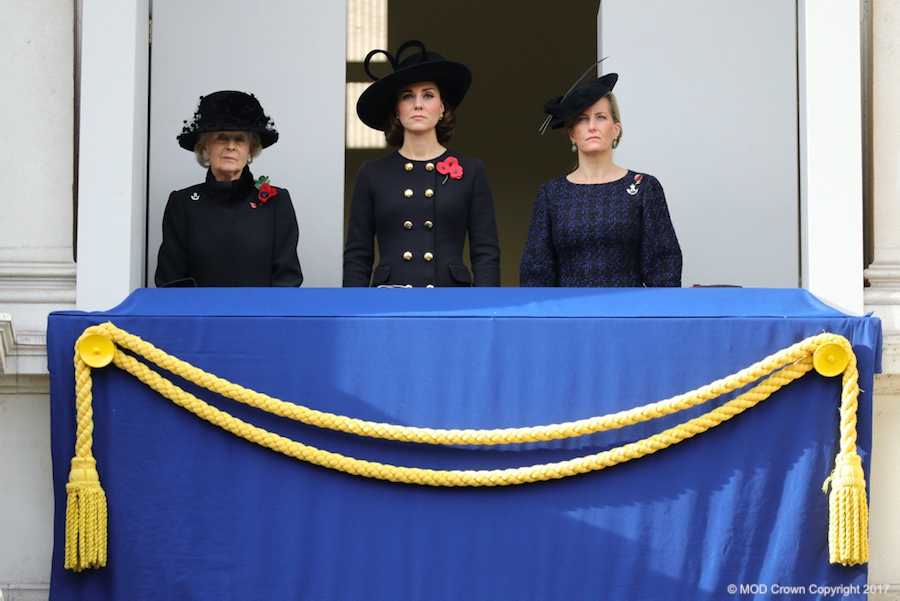 The annual service takes place at the Cenotaph war memorial in Whitehall, London. 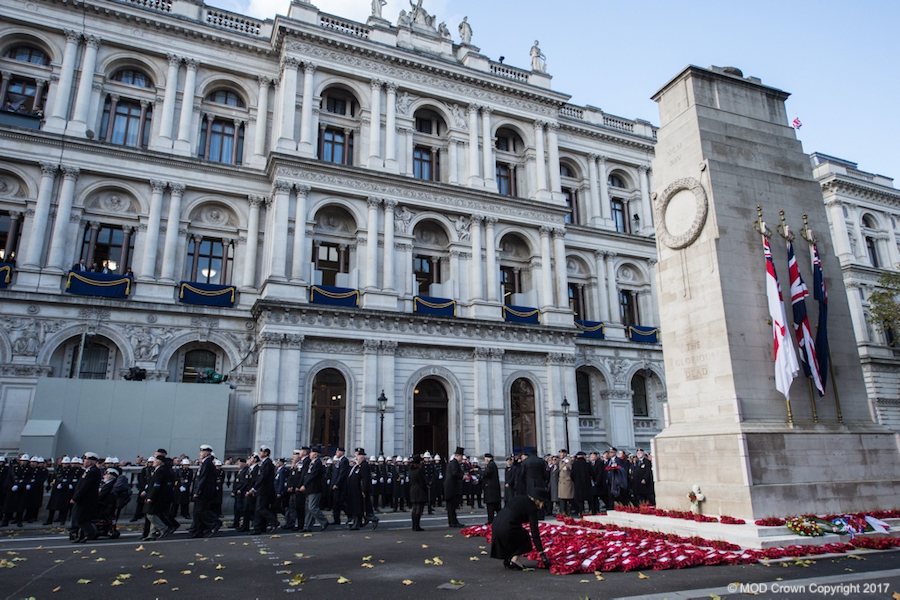 It pays tribute to those who have died or suffered as a result of war and honours those who’ve sacrificed themselves to secure and protect the country’s freedom. 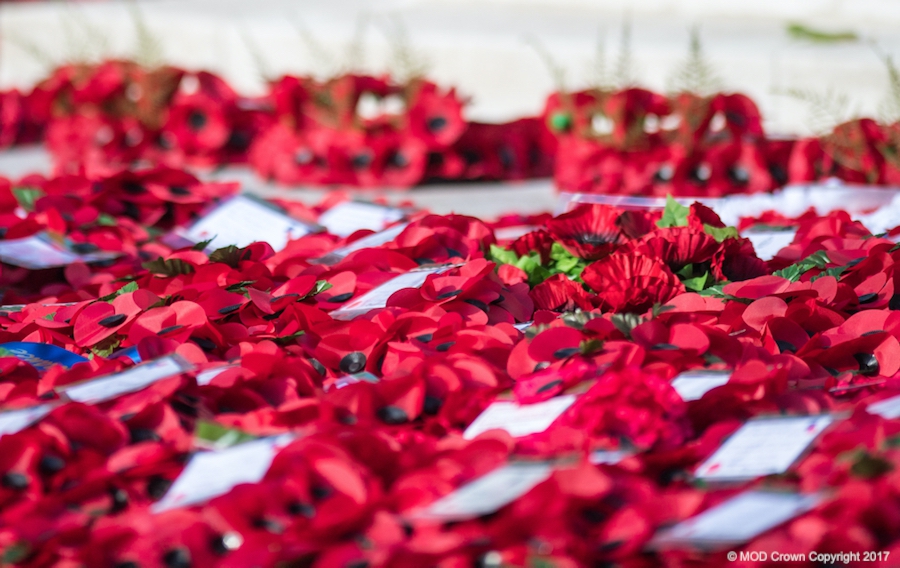 This year, in a change to tradition, the Queen watched the service from the balcony of the Foreign Office, alongside Prince Philip. In previous years, as Head of State, the Queen has led the service by laying a wreath at the Cenotaph. This year, she requested that Prince Charles lay a wreath on her behalf. 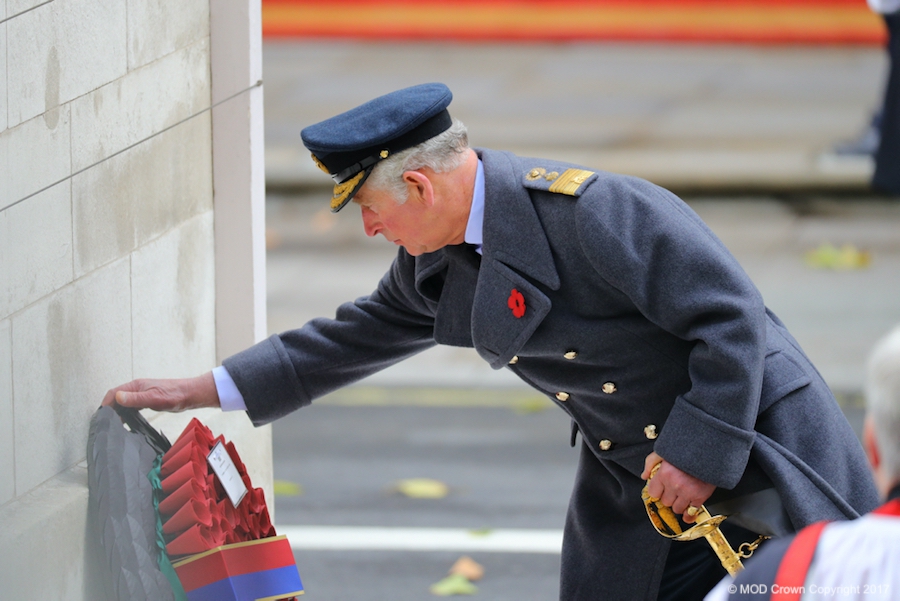 During her 65-year reign, the Queen has only missed the service on six occasions previously, during pregnancy and official overseas visits.   This is the first time she has watched the proceedings from a balcony. The break in tradition is seen as significant by many, with BBC’s Royal correspondent Peter Hunt calling the change “another sign of the Royal Family in transition.” Of course, the Queen celebrated her 91st birthday this year. 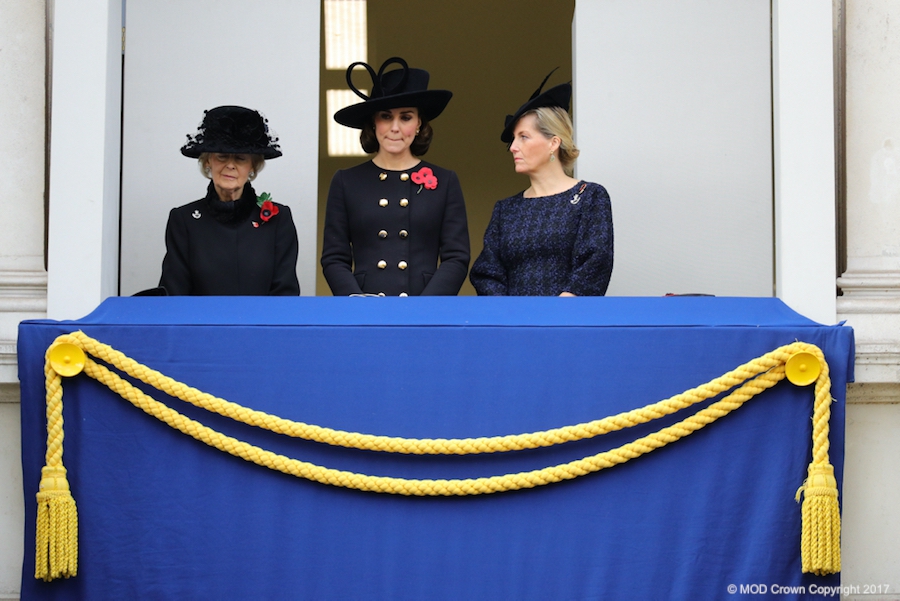 Kate stood on the balcony with the Queen’s cousin, Princess Alexandra and the Queen’s daughter-in-law, Sophie, Countess of Wessex.

Kate wore a new black coat to the Service of Remembrance. It’s by Dolce & Gabbana. It’s a collarless style made from black virgin wool-silk fabric.  It features two rows of gold-tone buttons.  Thank you to Michelle for identifying this coat. The earrings feature Japanese resin pearls sat in gold-plated stars.  The earrings often sell out when Kate wears them, but the company regularly restock.  They cost $175 USD or £141 GBP.  Click here to shop.

Cornelia James confirms that Kate chose their Beatrice gloves for the service. The company are Royal Warrant holders.  Kate’s worn their gloves in the past too.

Kate’s hair is styled into a faux bob.  The faux bob involves looping long hair underneath itself and securing it to make it look shorter.  (Elle Magazine has a tutorial if you’d like to have a go!) Finally, it is believed that Kate carried a new bag by Emmy London.  It’s black with gold piping around the edges.  Unfortunately, I can only find one good image of the bag and I cannot licence it for this blog, so click here to view it in a new tab.

Kate’s hat is by Philip Treacy. You might remember it from Prince William’s Passing Out Ceremony at Sandhurst in 2006.