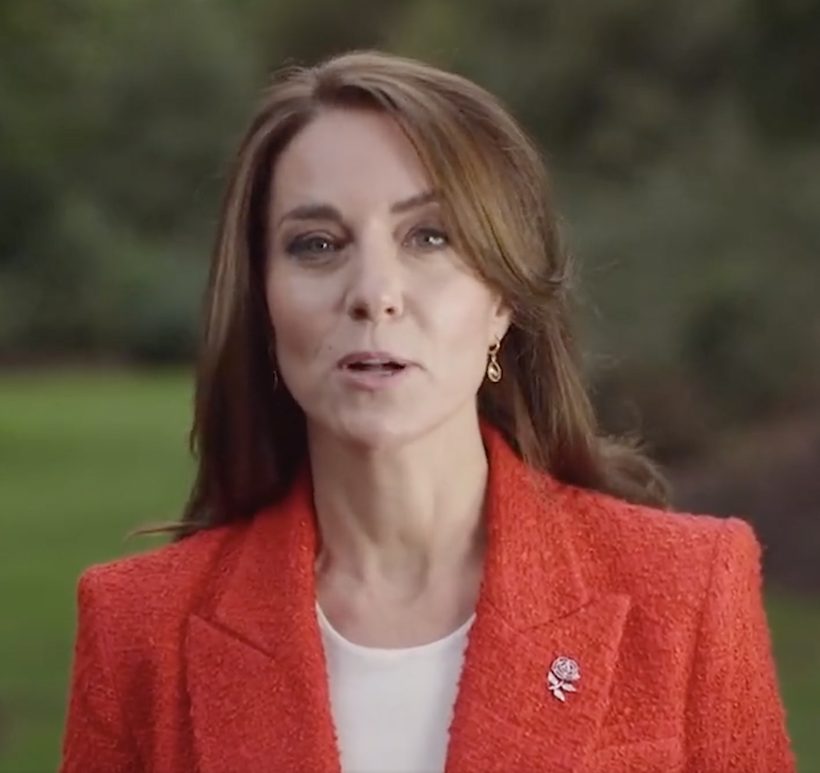 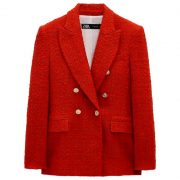 The Princess chose the on-theme red blazer to cheer on the England Women’s Rugby Team ahead of their first match against Fiji on Saturday.

A transcript of the video:

Hello everyone. I wanted to take a moment to wish the Red Roses all the very best of luck for the Rugby World Cup in New Zealand.

I had so much fun with you all at Twickenham earlier this year and I cannot wait to see how you get on during the tournament.

For many in the team, this will be the first World Cup that you have played in. Congratulations on being selected for the squad. I know this will be a particularly proud moment in your career so far and I hope you enjoy every minute.

I was also delighted to hear that some of the winning squad from 2014 are back to help bring the cup home again. Good luck for the weeks ahead. I will be setting my alarm clock early to cheer you on all the way.

The Princess of Wales

In the message, Kate refers to her visit to Twickenham Stadium that took place in February, earlier this year. The then-Duchess met England players, coaches and referees at the ground before taking part in a training session on the pitch.

On the same day, Kensington Palace announced Kate had taken on the England Rugby patronage.

The Princess filmed the video wearing her Red Textured Blazer from Zara.

Red was an obvious choice for the video message—it’s the single chief colour associated with England and adopted by the Women’s Rugby Team as their nickname, the Red Roses.

This is the third time we’ve seen Kate wear the red jacket in public. She chose it for the postponed England v Germany Euro 2020 game last summer and wore it to visit Copenhagen earlier this year.

At the time of writing, Kate’s red blazer is no longer in stock. However, the company do still sell a very similar design. It appears to be the same blazer tailored from a deeper red textured fabric.

Kate owns the same blazer in green too.

At the time of writing, the company sell the blazer in a handful of other colours too. Will we see a Kate don a third design? I wouldn’t rule it out!

Kate’s a longtime fan of Zara. She’s worn the brand for over a decade now. Zara is a giant international fashion company, headquartered in Spain. It’s part of the Inditex group.

In the video, the Princess wore a silver rose brooch pinned to her lapel. I presume it’s an official England Rugby brooch.  I am unable to find any further information about the piece at present.

We’ve spotted the Princess wear these yellow gemstone drops on more than 40 occasions since 2011.  I think we can safely say they’re one of her go-to styles.

A close-up of Kate wearing the earrings at a royal event several years ago:

The earrings can be purchased from kiki.co.uk for RRP £550.

Kate Middleton is a huge fan of Kiki McDonough jewellery.  The Princess owns a whopping 21 pieces by the designer. 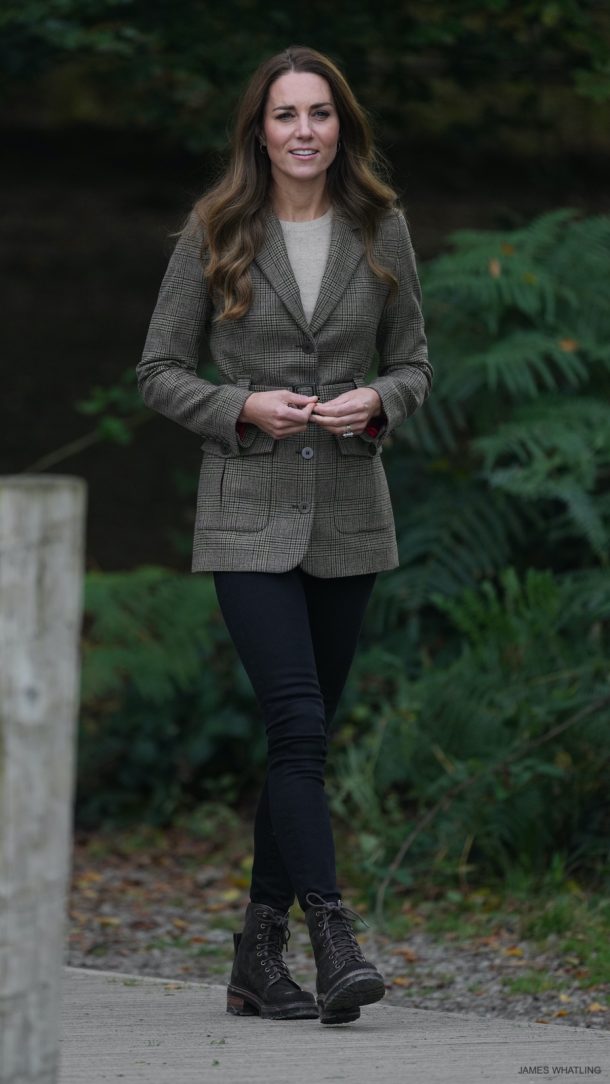 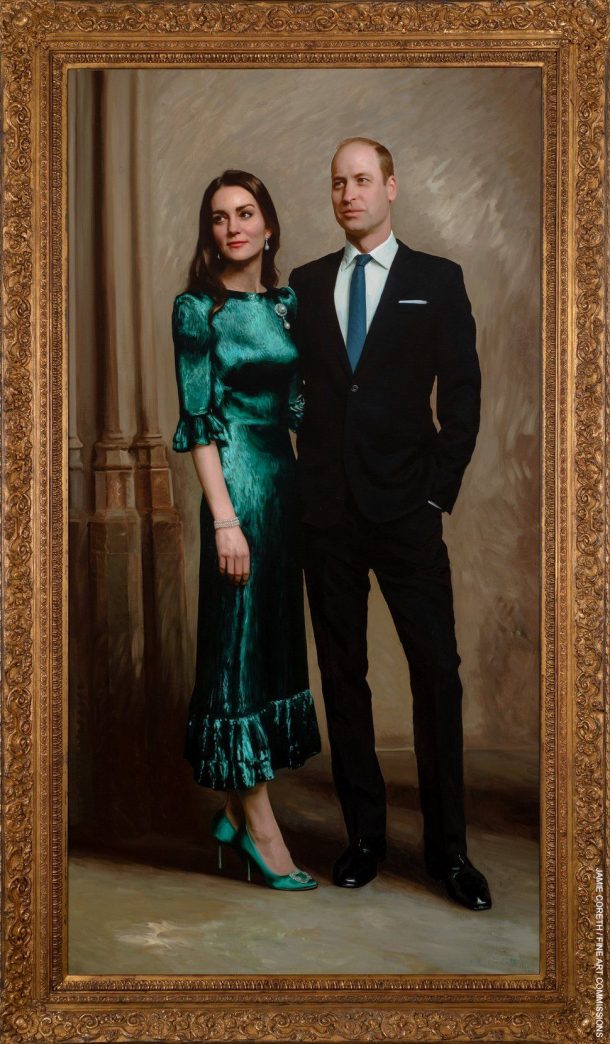