The Duchess of Cambridge really knows how to do English country style. Her casual clothing, like this Fair Isle sweater by Troy London x Brora, is always popular with fans.  Probably because it is more wearable and attainable for mere mortals like us.  I speak for many when I say we’ll get a lot of use out of a cosy sweater— a glittering ballgown is not very practical for the school run!

Kate’s worn this Fair Isle sweater twice in public so far. It made its debut in December 2020, during a visit to Manchester as part of the Royal Train Tour.  She wore the piece for a second time in April 2021, during a visit to a farm on a chilly day.

About the Fair Isle sweater:

Made from 100% superfine lambswool, the piece features a traditional Fair Isle design in a range of blue, red and biscuit tones on an almond-coloured background.

The sweaters are a zero waste product, made on a whole garment machine in one of the oldest knitwear mills in Scotland.

Brora and Troy London chose to coincide the sweater’s launch with Wool Week hosted by the Campaign for Wool. The campaign raises awareness about the natural and biodegradable benefits offered by the fibre. Prince Charles is their Patron.

The Fair Isle sweater is part of a collaboration between two British companies, Brora and Troy London. We’ve seen Kate wear clothing and accessories from both brands in the past.

Brora’s skill for knitwear design and colour combinations and TROY’s chic interpretation of heritage style have been combined to produce a stylish wardrobe staple with a uniquely British flair.

On this page, Rosie Van Cutsem, the co-founder of Troy London and Victoria Stapleton, the founder of Brora, discuss the collaboration and the inspiration behind the Fair Isle sweaters. The two women also explain that a ‘mutual friend’ put them in touch.

If the name Rosie Van Cutsem feels familiar, it’s probably because she is part of the so-called “Royal Set”. Van Cutsem and her family live near the Cambridge family home in Norfolk. The two families are very close. Rosie’s husband William is Prince George’s godfather. William and Kate attended the couple’s wedding in 2013. Rosie set up the company in the same year.

Brora is well-known for producing traditional Fair Isle clothing. The company stocks a range of knitwear in the style, including cardigans, sweaters, wrist warmers and tank tops.

Kate has worn a number of coats from Troy London over the last few years. Here’s the Duchess wearing the brand’s Khaki Green Wax Parka during a visit to Haida Gwaii, Canada in 2016 and while visiting a Gloucestershire farm in 2017.

Kate owns a number of items from Brora too. Here, she wears a pair of gold-coloured earrings by the brand during a visit to Bhutan and to the Wimbledon Men’s Finals, both in 2016. 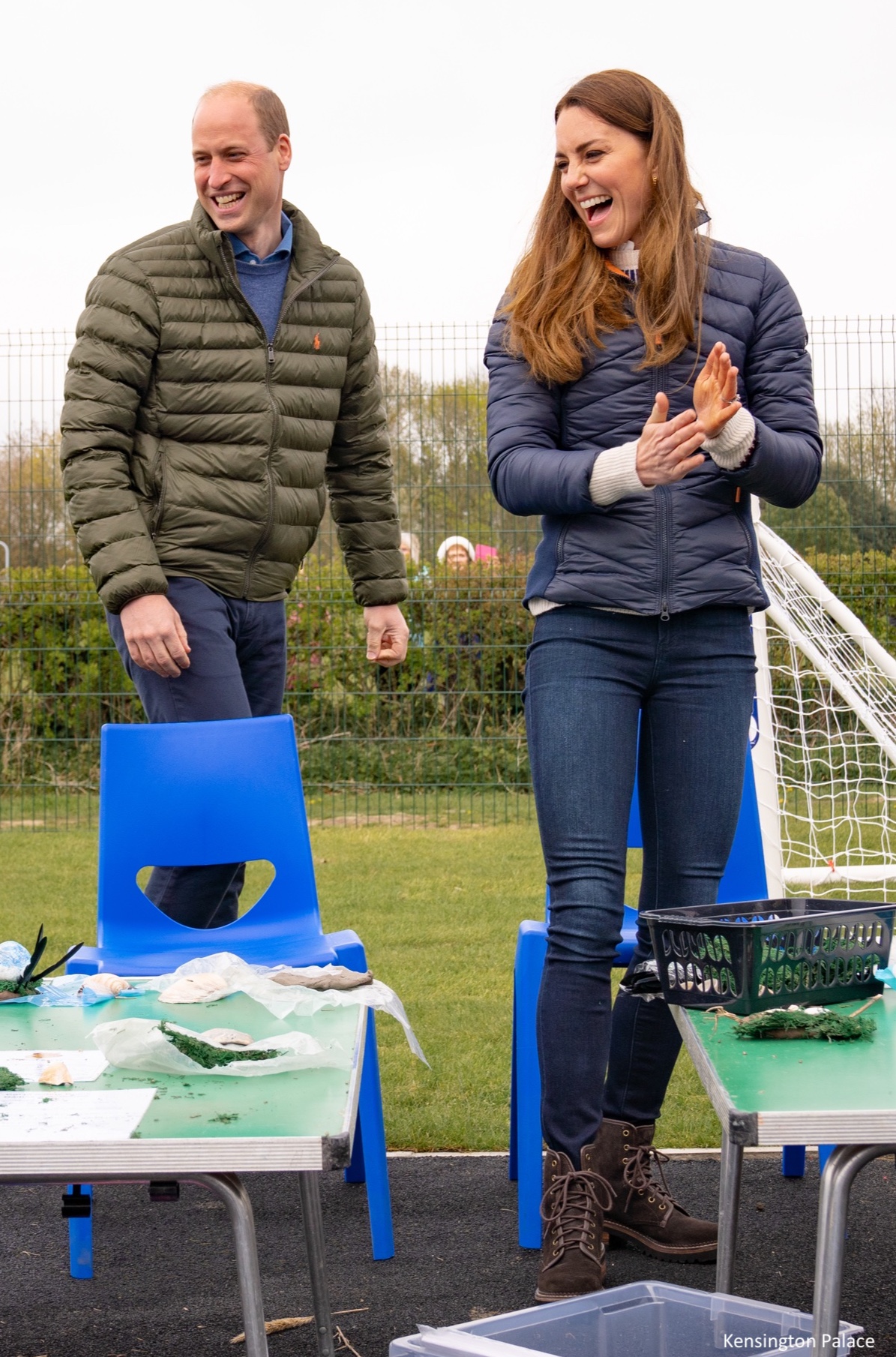