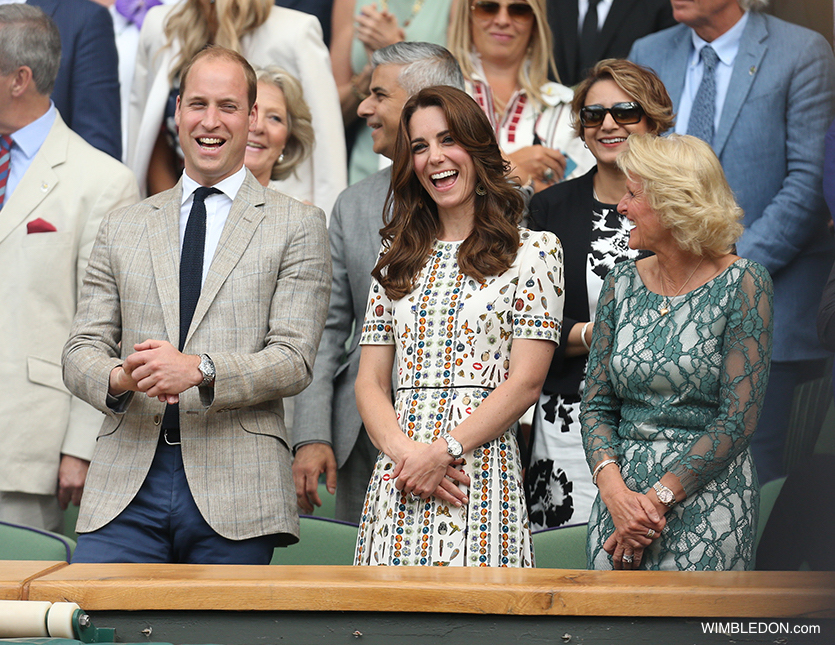 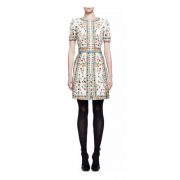 On July 10th 2016, William and Kate watched the Wimbledon final between Andy Murray and Milos Raonic.

After winning, Murray met and spoke with the royal couple:

William and Kate said congratulations and remarked that it was “great game to watch”.

Kate told Andy he can “relax a bit now” it’s all over.

Kate chose a new dress by a favourite designer for this afternoon’s Wimbledon final.  She chose a bespoke Alexander McQueen dress featuring the company’s “Obsession” print.

Below, we show a shorter ready-to-wear version of the dress, currently available at Bergdorf Goodman:

The Obsession-print dress is made from ivory silk.  It features short sleeves, a jewelled neckline, a nipped-in waist and an A-line skirt.  The dress costs $2,995 USD at Bergdorf Goodman (that’s approximately £2,300 at today’s exchange rate).

Here’s a look at the back of the dress:

Here’s a look at the dress in black from McQueens Pre AW 2016 collection.  This dress isn’t for sale yet, the image came from Alexander McQueen’s Instagram account:

I think it’s the same length as Kate’s dress.  It appears to hit slightly below the knee.

Here’s a look at one of Alexander McQueen’s Obsession print bags from the season:

Lots of curious treasures can be found in the print, including Faberge eggs, lipsticks, butterflies, ballerina dolls, crystals, skulls heads and more.  Here’s a closer look at the print:

Kate paired the McQueen dress with a pair of gold coloured earrings. They’re Brora’s Gold Charm Earrings.  You may remember she first wore them in Bhutan, earlier this year?

The earrings are made from 22-carat gold plated brass.  They cost £39.

Kate’s clutch bag is an old favourite. It’s the L.K. Bennett Natalie in raffia.  She’s carried it regularly since 2011.

Kate wore her Ray-Ban sunglasses. I cannot confirm if they’re the folding or non-folding pair at this time. (She owns both). 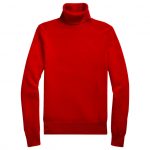 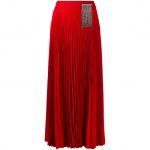 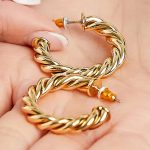 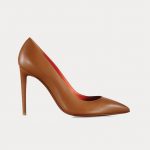 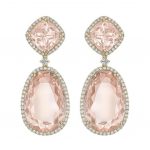 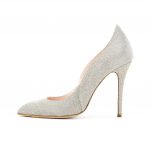 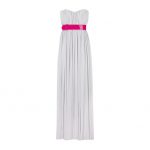