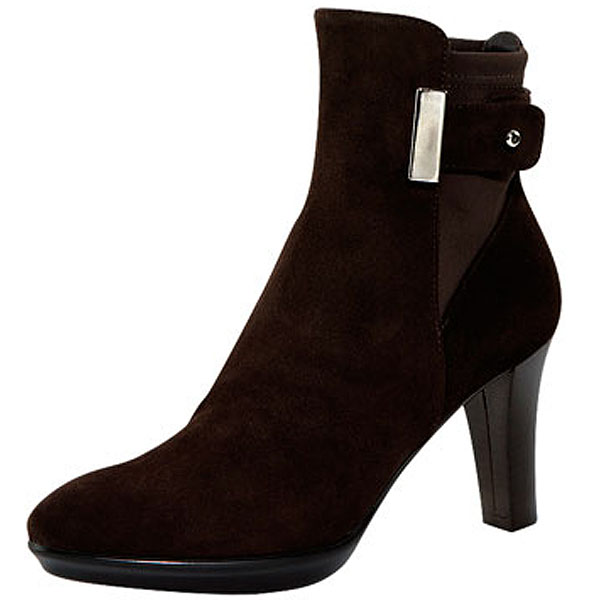 We first spotted Kate—then Princess William’s girlfriend—wearing the ankle boots in March 2011 (Pictured above.) Kate undertook her first official engagement with Prince William, near their home in Anglesey in North Wales. (They christened a lifeboat.)

She wore the brown suede boots once or twice in public after. Then it looks like she retired them. I don’t recall seeing them after 2013.

About the Aquatalia Rouge boots:

Dressy ankle boots are a winter necessity—easy to throw on with both smart and casual outfits. I’d say the Aquatalia Rouge is a style that’s versatile enough for everyday wear, though stylish in its own right.

The original Aquatalia Rouge boots came in leather and suede fabrics in a number of colours (see patent black leather, below).

Zappos sold the Aquatalia Rouge boots in 2011. After Kate wore them, they wrote the following in an article on their site:

Future Queen of England, Kate Middleton, was seen at her first official royal duty sporting a hot pair of the ravishing Rouge ankle boots from Aquatalia by Marvin K. …. The slightly pointed toe, accent strap and breathable microfiber lining are fitting for a future queen.

Here’s how Nordstrom described the boots at the time:

Silvertone hardware details the side of a weatherproof bootie fashioned with an elastic inset at the side for an easier fit. The slip-resistant rubber sole offers excellent wet-weather traction, while the soft microfiber lining keeps feet dry.

Some bloggers/fans refer to these boots by other names:

Where to buy the Aquatalia Rouge boots:

If you’re in the UK, Russell & Bromley sell a similar style in black named ‘Raindop‘.

If you must own the exact same style, check out eBay.  There are normally a few pairs listed on the site.

Or try Aquatalia’s newer ankle boots on their website.

Kate’s clearly a big fan of Aquatalia boots. To date, we’ve spotted her in SIX pairs, including the Fallon Chelsea, the Neptune and the Rhumba styles. 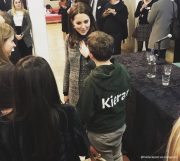 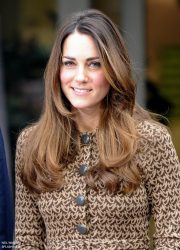 The Duke and Duchess of Cambridge visit …. Cambridge (for the first time) 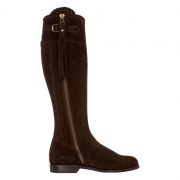