After four days of speculation, William and Kate have revealed the name of their third child. 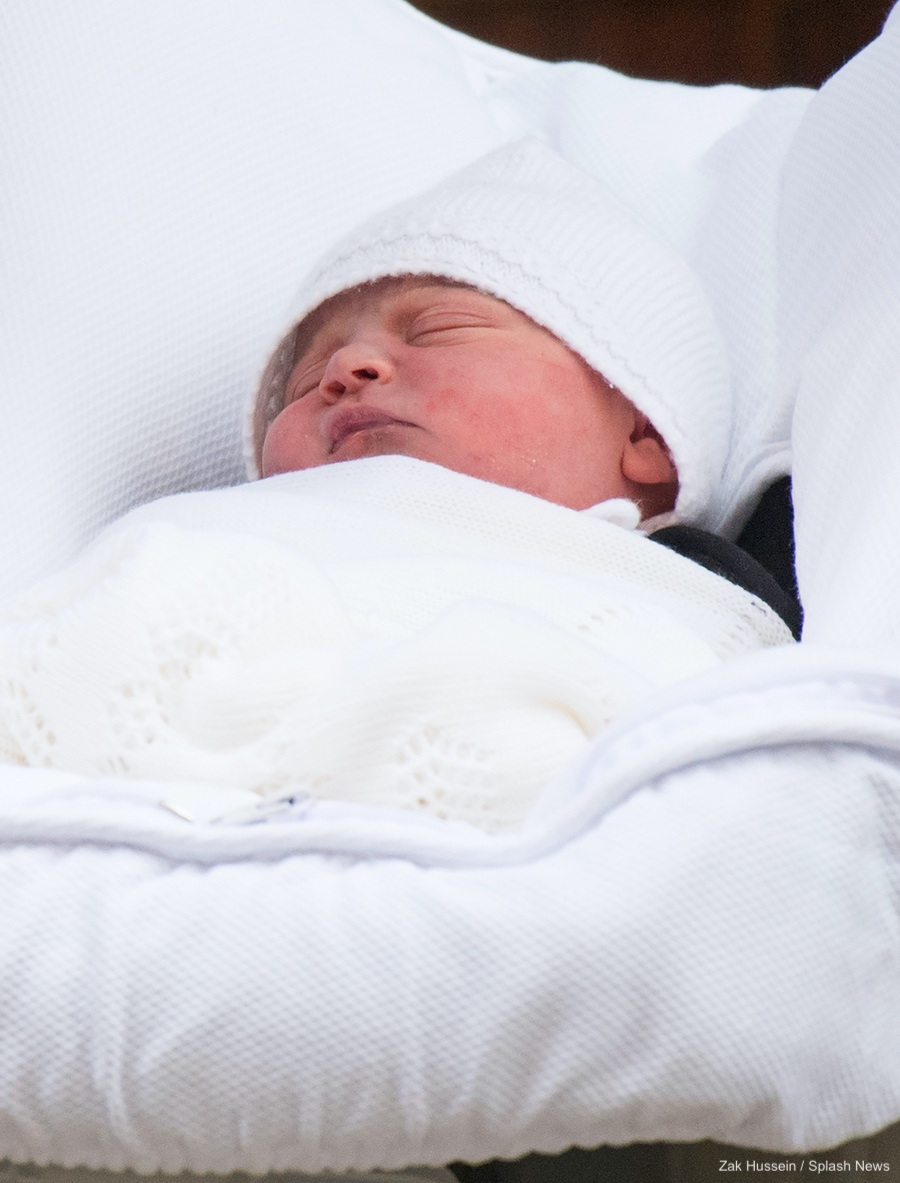 The Duke and Duchess of Cambridge are delighted to announce that they have named their son Louis Arthur Charles.

The baby will be known as His Royal Highness Prince Louis of Cambridge.

Mountbatten was a strong influence in the upbringing of his grand-nephew, Charles, Prince of Wales, and later as a mentor – “Honorary Grandfather” and “Honorary Grandson”, they fondly called each other according to the Jonathan Dimbleby biography of the Prince —  Wikipedia 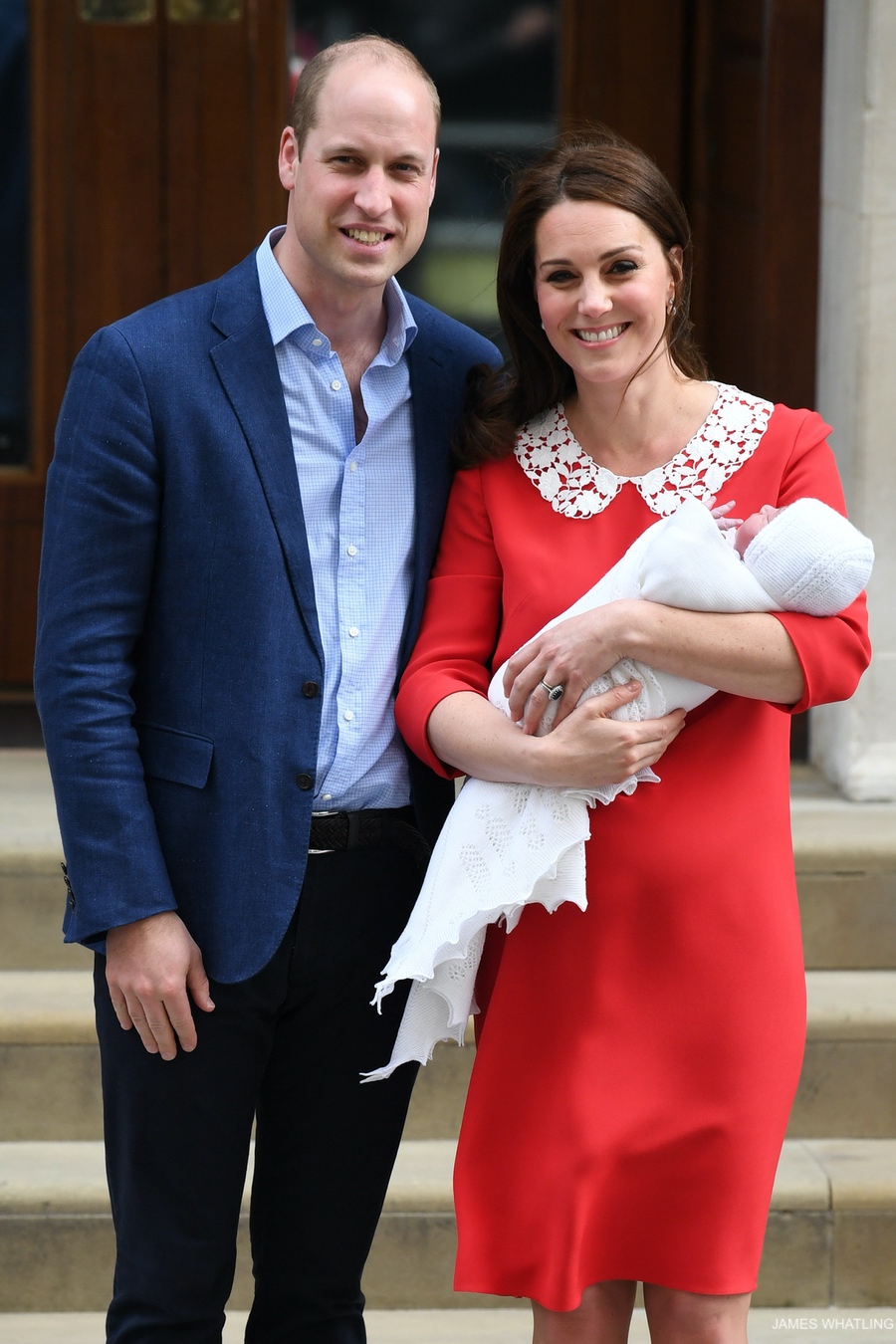 Of course, the middle name Charles is William and Kate’s nod to the future king and the baby’s paternal grandfather. 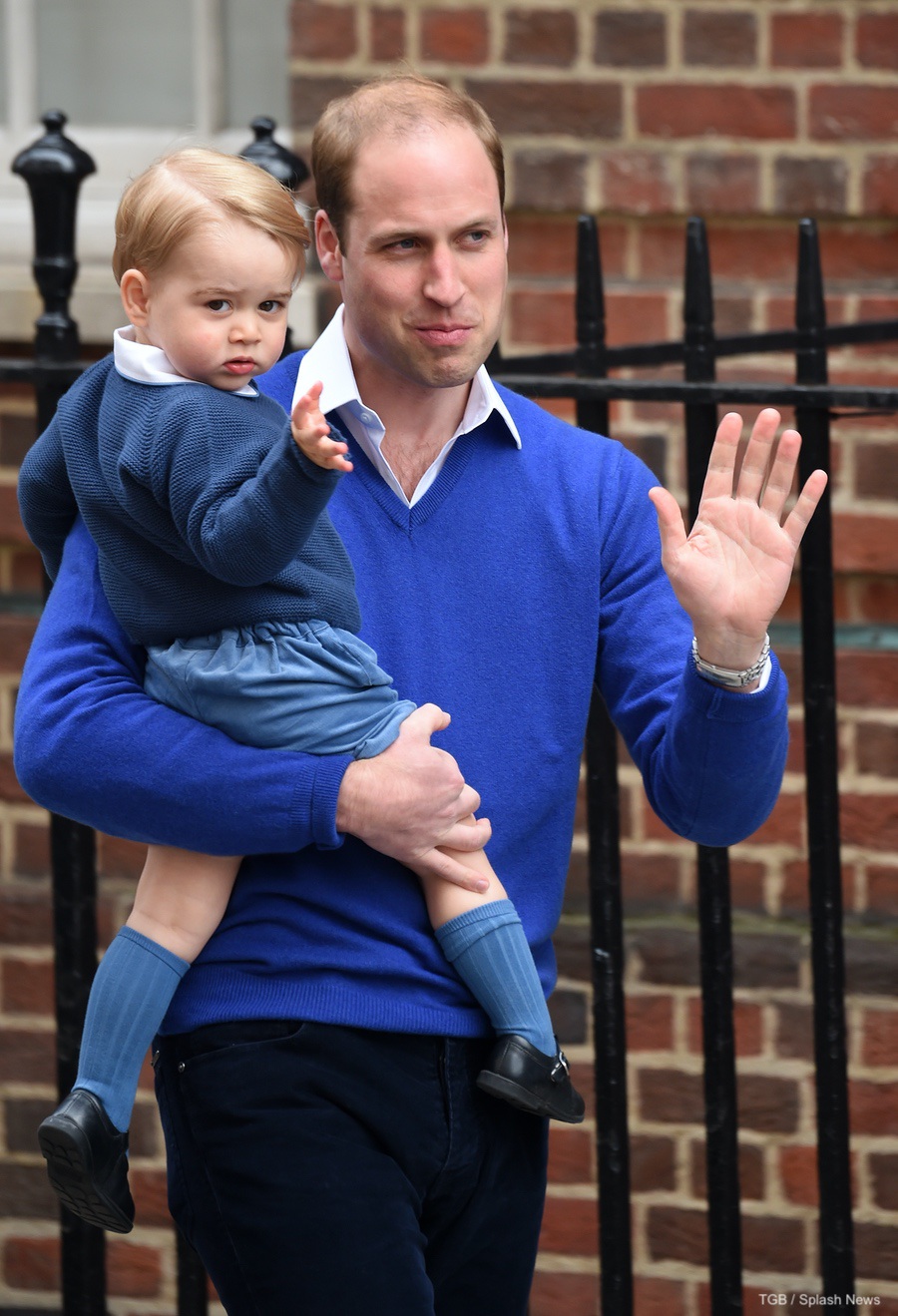 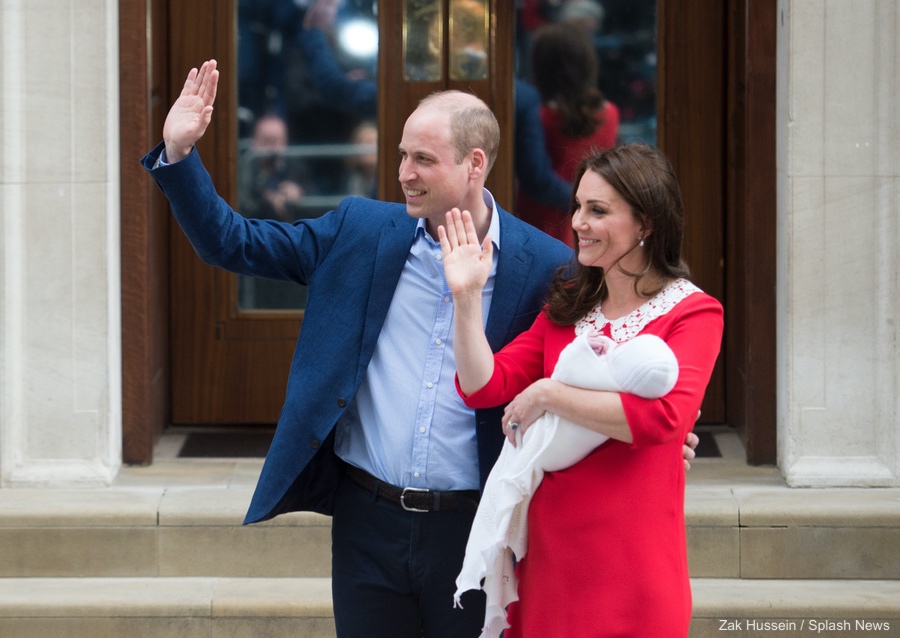 Duchess Kate was admitted into the Lindo Wing atSt. Mary’s Hospital in Paddington at approximately 6.00 am local time.  She gave birth to the beautiful baby boy five hours later.

The new arrival weighed 8lb 7oz. He is the heaviest baby born into the Royal Family in the last 100 years. (His older brother, Prince George previously held the record!) 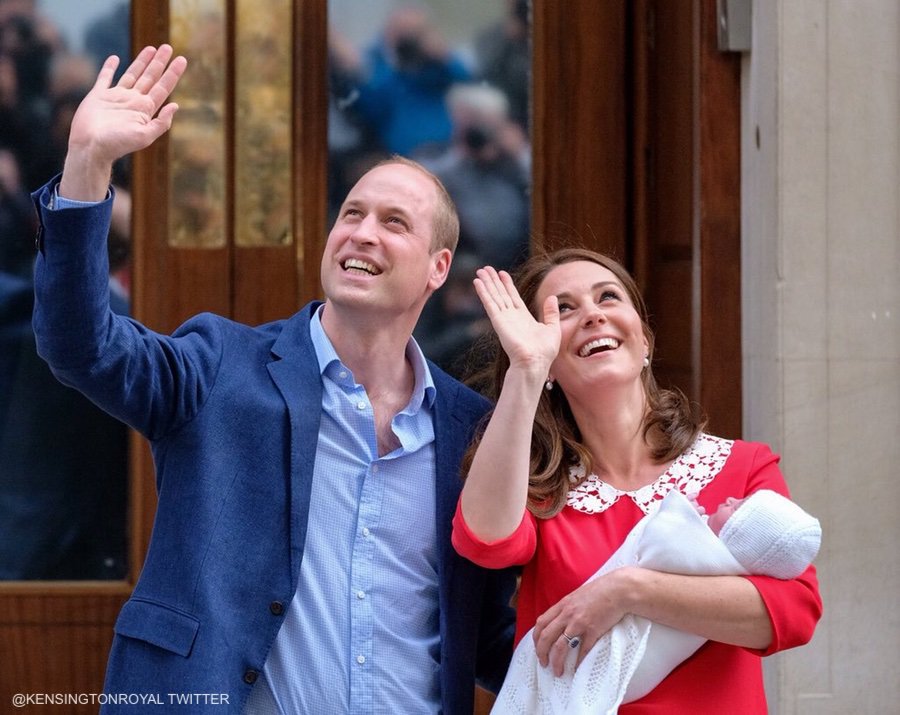 The new Prince of Cambridge is now fifth in line to the throne.

Along with his sister Princess Charlotte, Prince Louis is already making history.  His birth means that Charlotte will be the first female Royal in history not to have her position in line to the throne usurped by a younger brother.

Recent changes to the laws governing succession [in 2012] means the newest royal baby’s sex will no longer have a bearing on his position to the throne, with boys no longer having precedence over girls – The Express 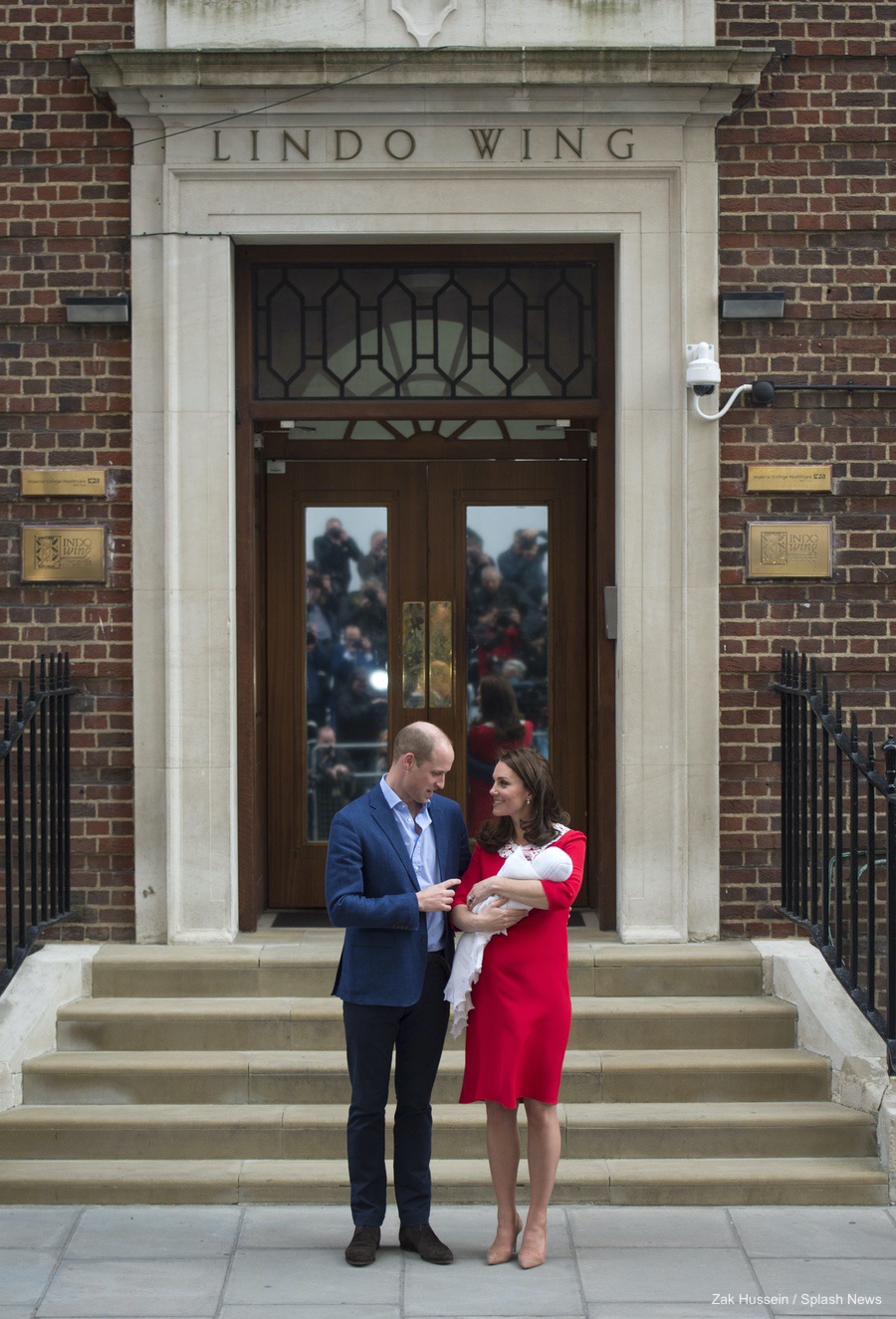 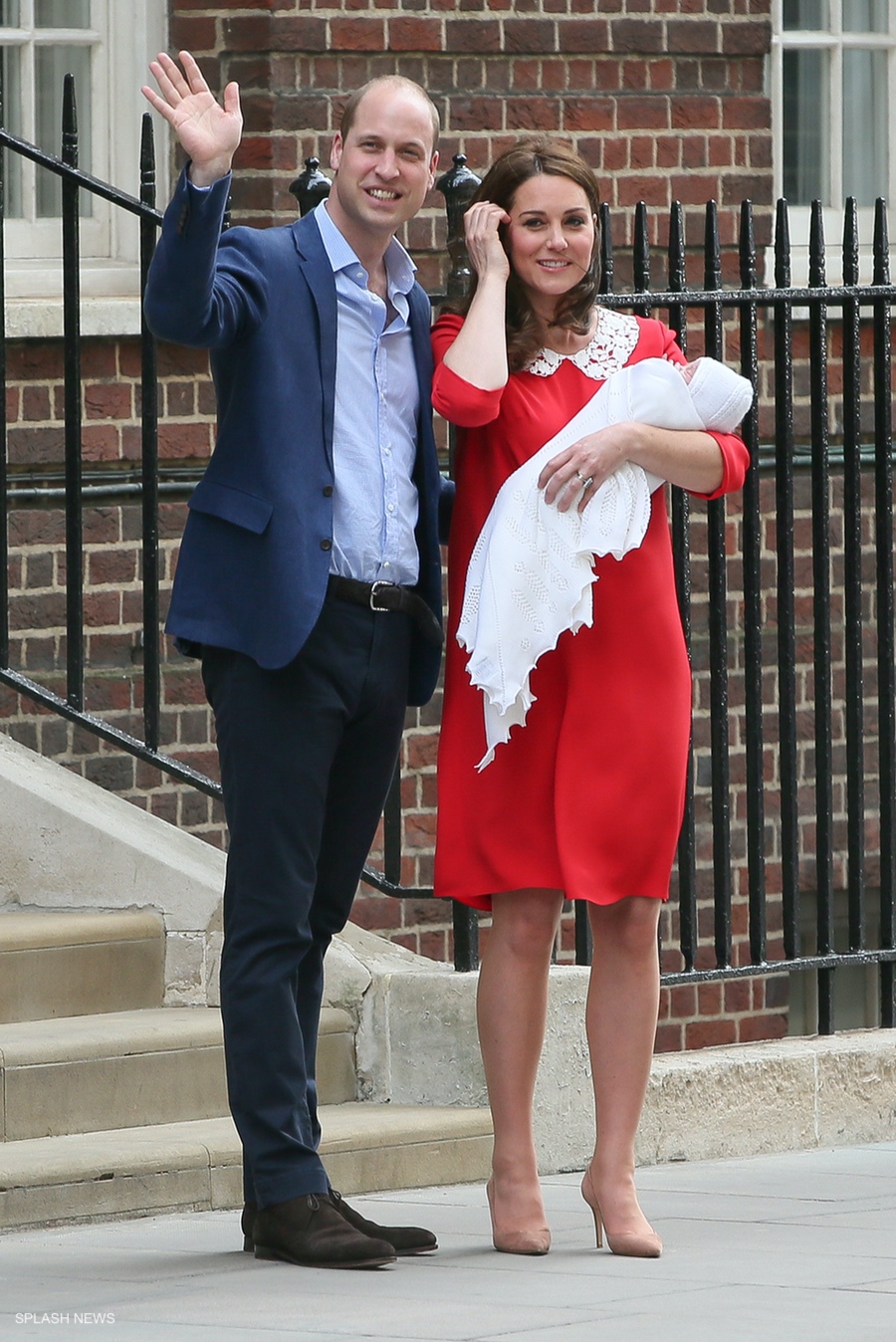 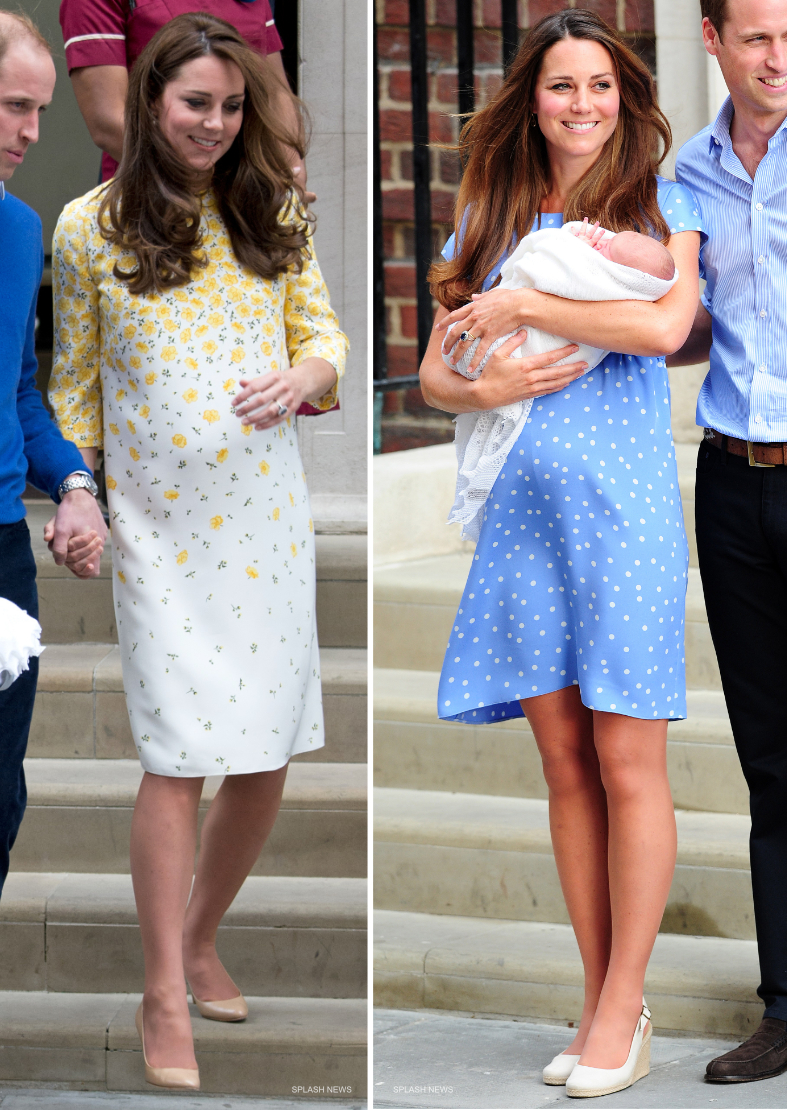 Kate added a little sparkle to her outfit with a pair of pearl earrings loaned from the Queen’s collection.  She also wore her nude-coloured Gianvito Rossi pumps. 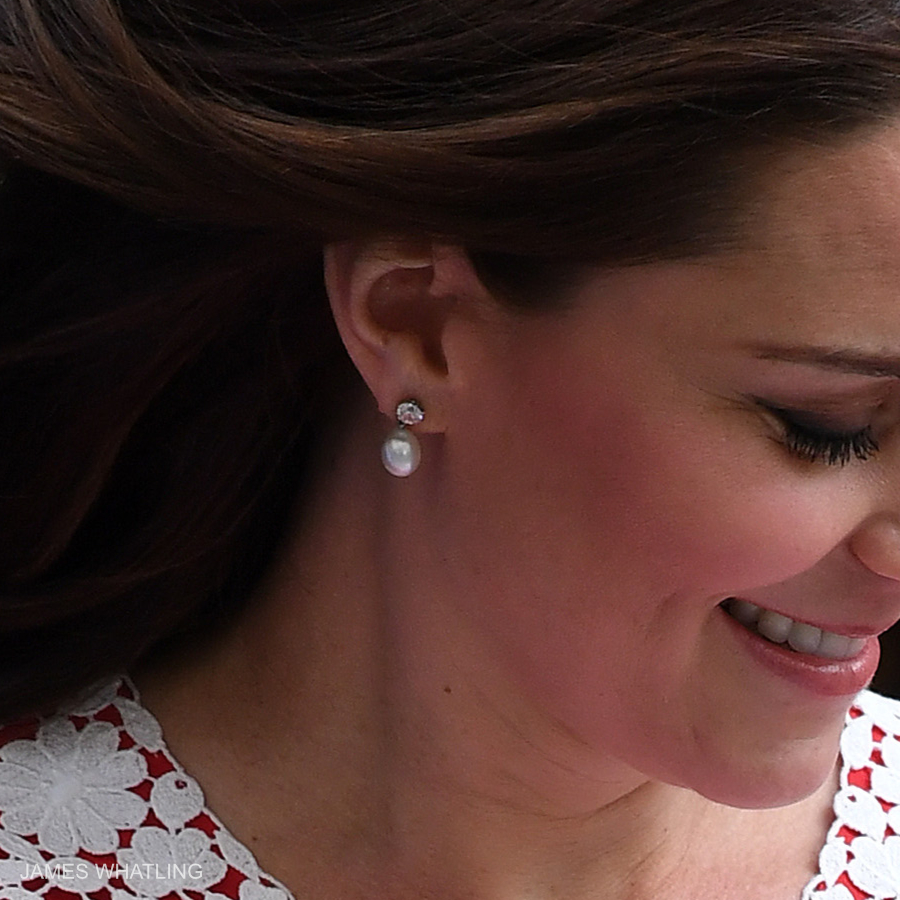 William and Kate wrapped Prince Louis in a white shawl by G.H.Hurt & Son. 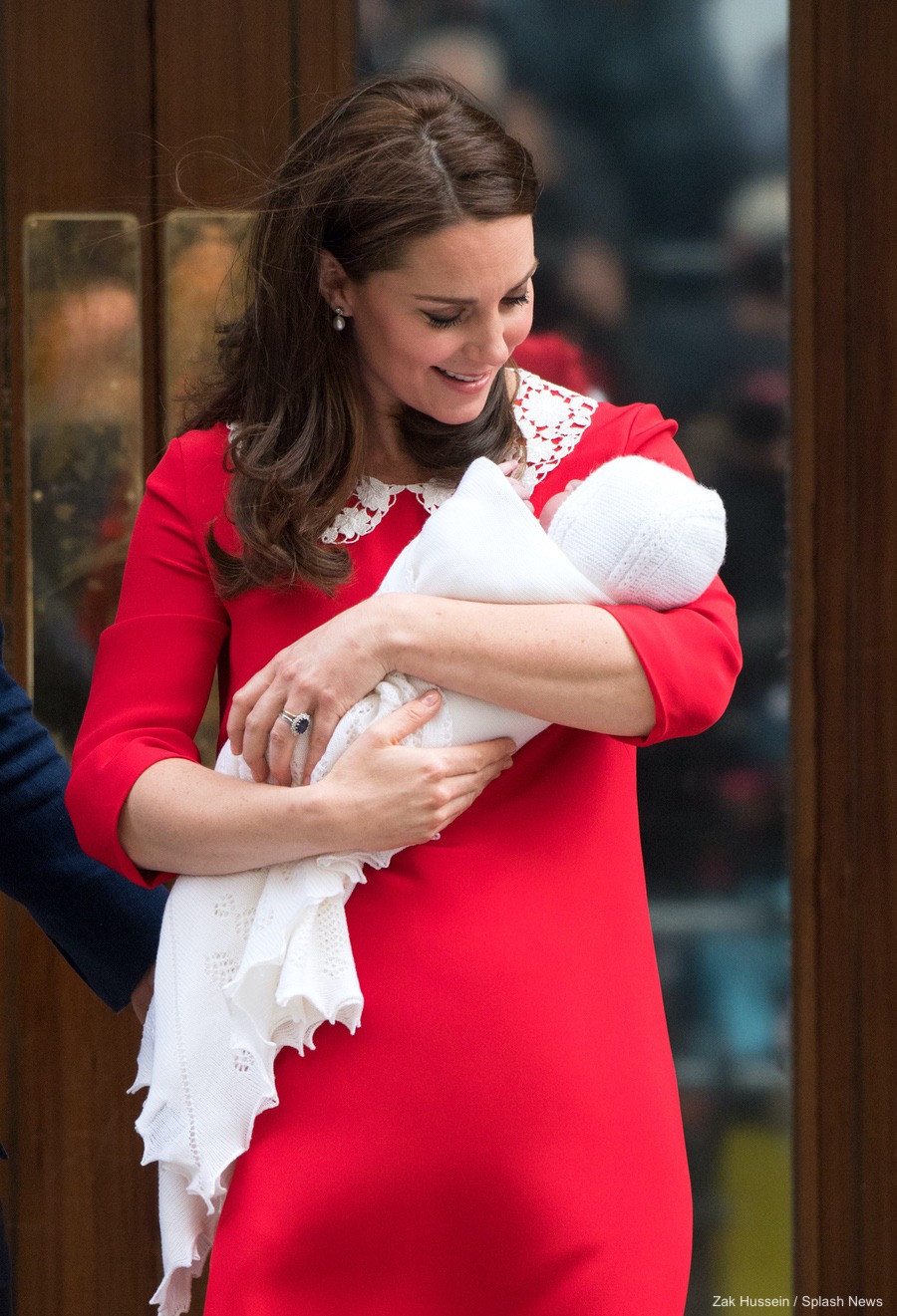 Kate also used blankets from the same company for the new baby’s siblings.  Below, Kate with Prince George as a baby: 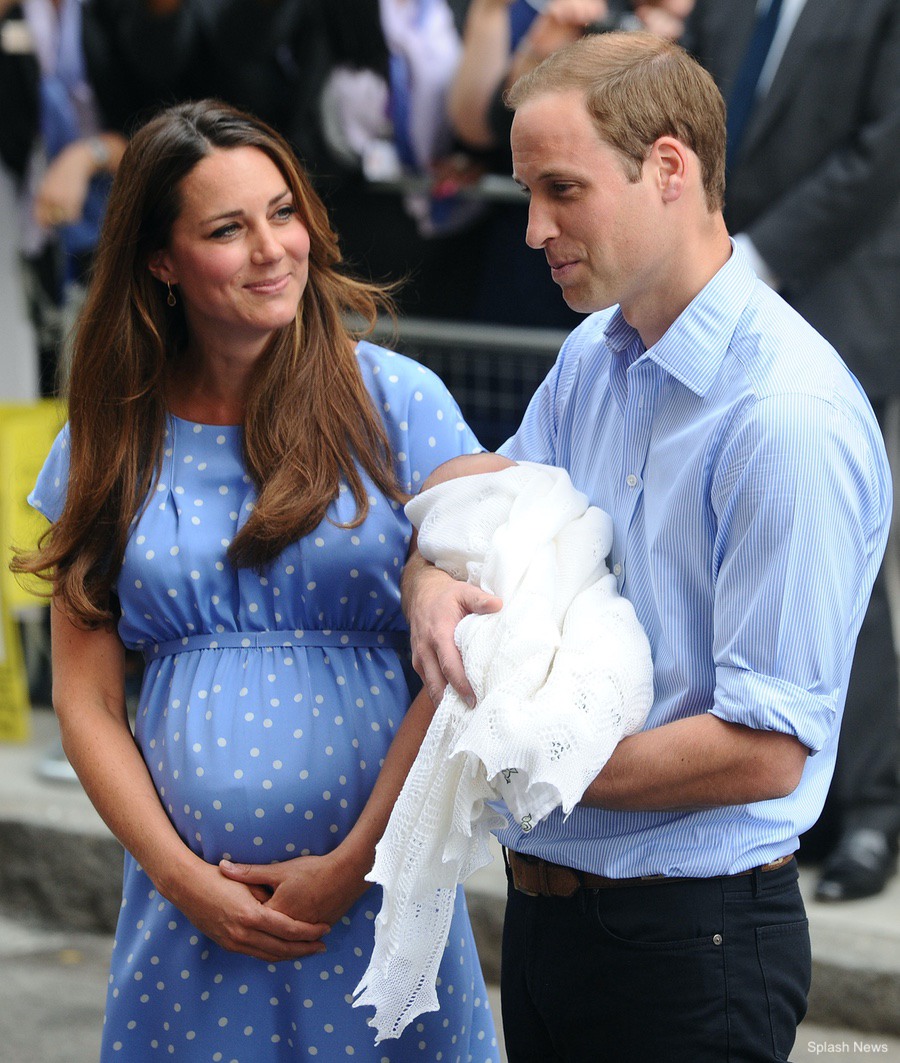 G.H. Hurt & Son is a family-owned company that manufactures shawls, scarves and blankets in Nottingham, England.  The company has been around for more than 100 years.