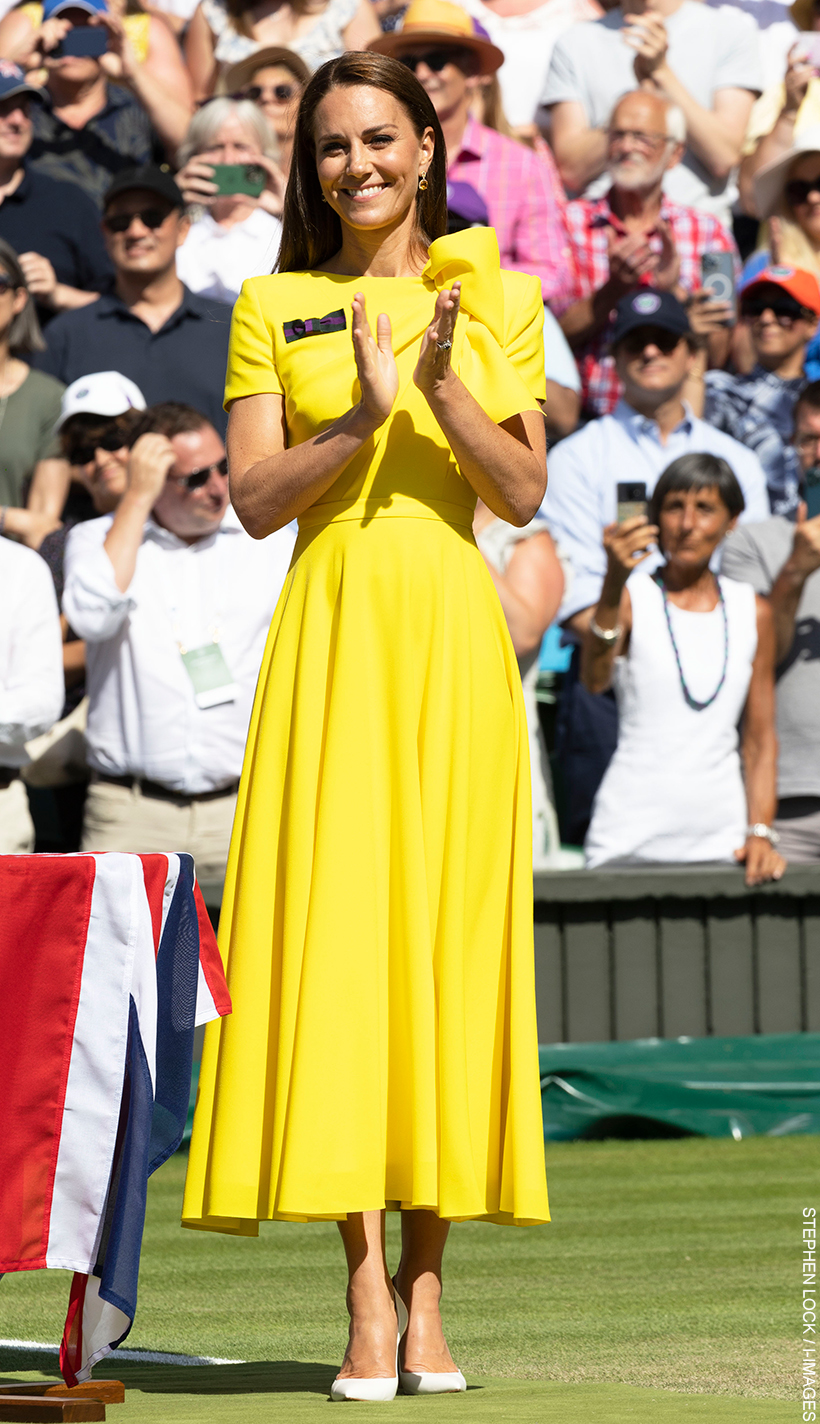 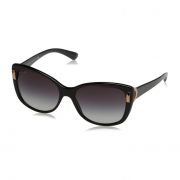 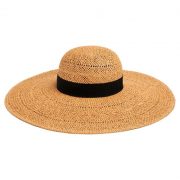 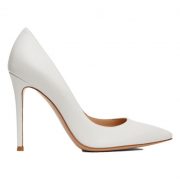 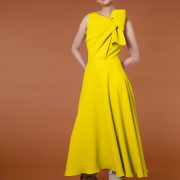 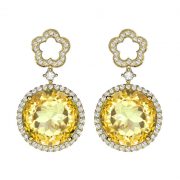 Kate Middleton looked like a ray of sunshine in a marigold yellow dress by Roksanda at the 2022 Wimbledon ladies’ finals.

Kate made her Wimbledon debut of 2022 earlier in the week.  She attended day nine of the tennis tournament with husband William. She wore a blue polka dot dress by Alessandra Rich.

Today, she attended solo to watch Elena Rybakina play Ons Jabeur in the Women’s Singles Final.   Russian-born Elena Rybakina beat Tunisia’s Ons Jabeur to the title.   (Rybakina changed her nationality from Russian to Kazakh in 2018—had she not, she’d have not been allowed to participate in this year’s tournament due to the invasion of Ukraine—Russian and Belarusian players were denied entry to Wimbledon in 2022.)

Jabeur was the first arab player and African women to reach a grand slam final at Wimbledon. Kate watched the historic match from the Royal Box.

Before play, Kate conducted a meet and greet. The Duke and Duchess’s official Instagram account posted a Story with the following message “great to meet some of the young stars, brilliant staff and those behind this wonderful tournament!”

The Duchess, in her role as Patron of the All England Lawn Tennis and Croquet Club, presented Rybakina with the Venus Rosewater Dish.  The giant round platter is a trophy that has been given to the women’s singles winner for the last 130 years.  She also presented runner-up Jabeur with the traditional inscribed silver plate.

Now, let’s take a look at Kate’s dress and accessories.

Kate re-wore her Roksanda Brigitte dress to the Women’s Final.

Kate first sported the yellow dress during the Platinum Jubilee Tour of the Caribbean, earlier this year.  She wore the dress in Jamaica.

The piece features an oversized bow on the shoulder and a long softly pleated skirt.  Kate wears a bespoke version of the Brigitte with added sleeves.

If Roksanda is out of your budget, try one of the following options for your next big occasion instead:

I expected Kate to wear the Brigitte dress for finals weekend—as you’ll have read in my article covering all of Kate’s Wimbledon outfits to date, the Duchess often chooses a piece from a recent tour for the tournament.  Yellow is also a popular colour choice—I suspect as a nod to the tennis balls used in play.

The Duchess paired the yellow dress with her white Gianvito Rossi 105 pumps, another tour re-wear.  We first spotted Kate in the shoes as she departed The Bahamas earlier this year.

The white pointed shoes feature a partially covered stiletto heel, a beige leather sole and leather insoles.  RRP: £560 GBP / $725 USD at MyTheresa.com — the shoes are still available in a wide range of sizes.

The stunning earrings feature a yellow citrine stone cut into a circle suspended from a flower-shaped diamond stud.  In 2016, a similar pair with a different stone retailed for £2,900.

We have only seen Kate wear the earrings twice in public before.  In Belfast, at the Secretary of State for Northern Ireland’s Garden Party in 2016 and again on Christmas Day in 2017.

Sadly, Kiki McDonough no longer stocks this exact earring. She does still sell some items in the Eden collection though. Shop our widget below:

The sunglasses feature black frames with a gold rectangle detail on each side and grey gradient lenses.

We’ve only ever seen the Duchess wear them once in public before—at Wimbledon in 2017.

Bvlgari no longer sell the 8170 design. I’ve hand-selected a few similar cat-eye styles from their more recent collections for you to check out instead:

Finally, Kate wore a straw sun hat. It is from L.K. Bennett.

It’s the Saffron style. It features a large floppy brim and a black band around the middle.

Thanks to Lady Parky for finding the ID and sharing it with us on Twitter.

It’s confirmed that Kate will be attending tomorrow’s Men’s Final. Any dress predictions?  Based on previous years, I think she’ll go for something mid-length, not too casual and a single block of colour.

Which yellow dress did Kate Middleton wear to Wimbledon in 2022?

She wore a custom version of the Roksanda Brigitte dress–click here for details. 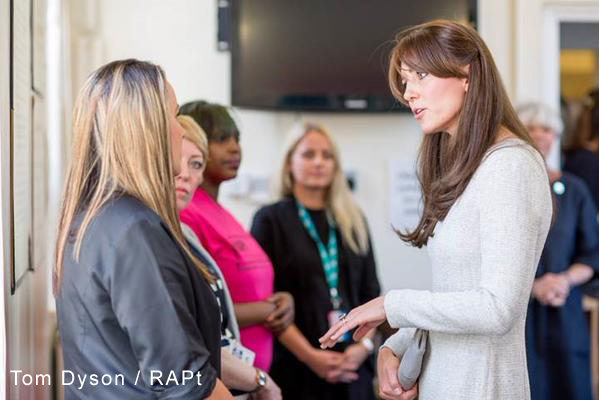 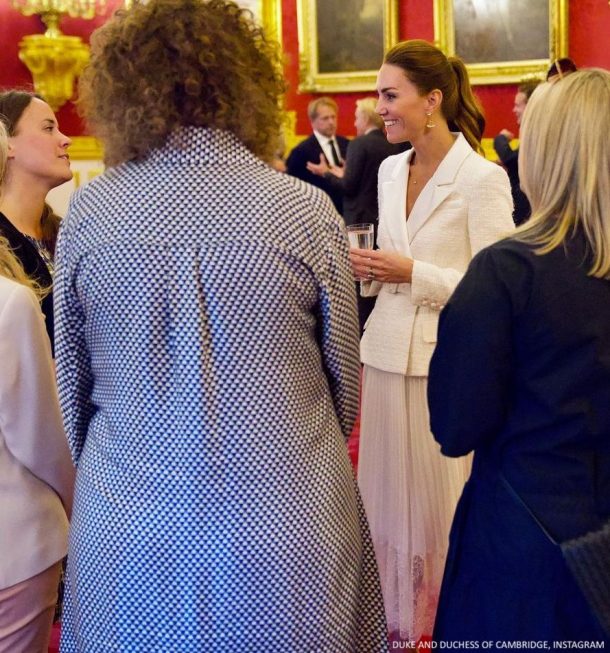