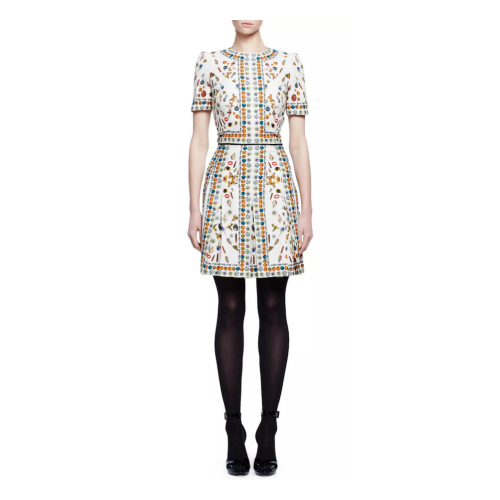 In July 2016, Kate Middleton watched Andy Murray play in the Wimbledon men’s final.  For the occasion, she chose an Alexander McQueen dress in the company’s Obsession Talisman print: 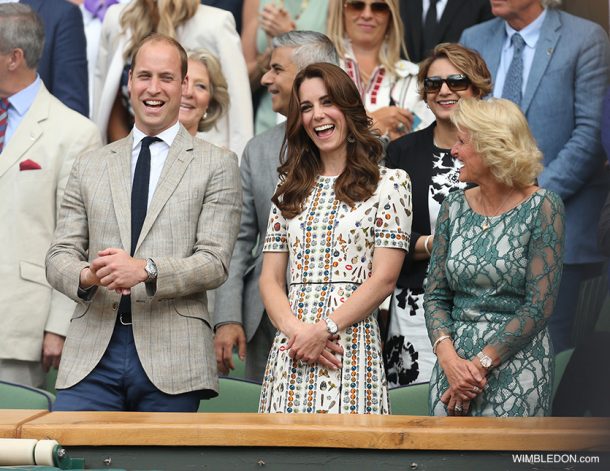 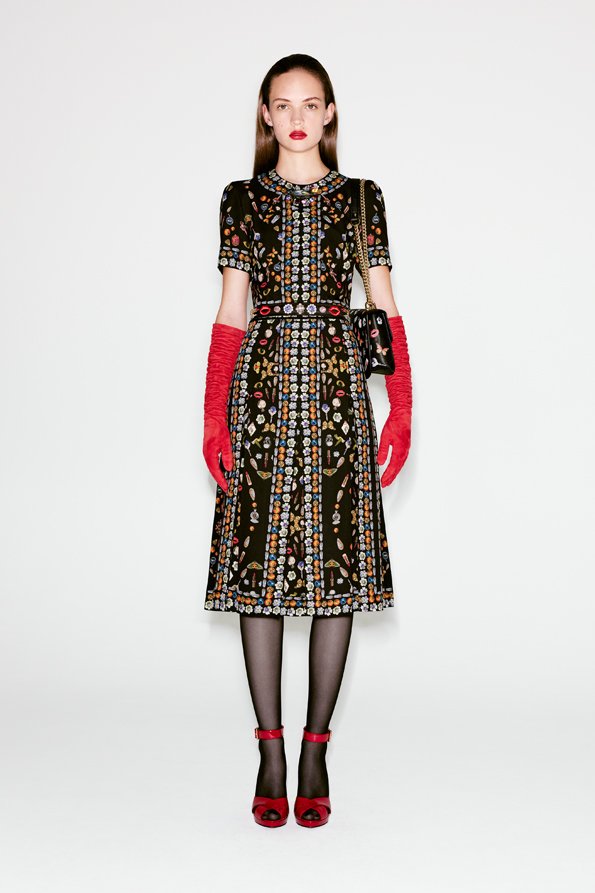 On the Alexander McQueen Instagram account, this dress is described as having “soft shoulders and military lines [that] nod to the ’40s silhouette”.

Kate’s dress is made from ivory silk, just this piece available at Bergdorf Goodman:

(You’ll note this version is slightly shorter than Kate’s).

The $2,995 dress (approximately £2,300 at today’s exchange rates) features a jewelled neckline, a nipped in waist, an A-line silhouette and short sleeves.  You can view it here.

Here’s a look at the back of the dress too: 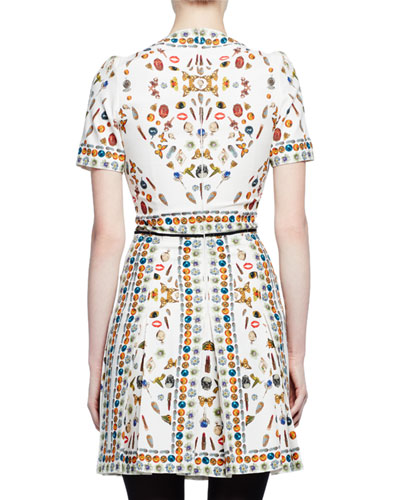 About the McQueen Obsession print:

The Obsession talisman print is a prominent feature of Alexander McQueen’s autumn/winter 2016-17 collection.

The new collection is adorned with charms and heirlooms – precious artefacts gathered by an obsessive female collector.  Intricate prints and embroideries sit alongside 1940s-inspired accessories.

Here’s a closer look at the Alexander McQueen Obsession print: 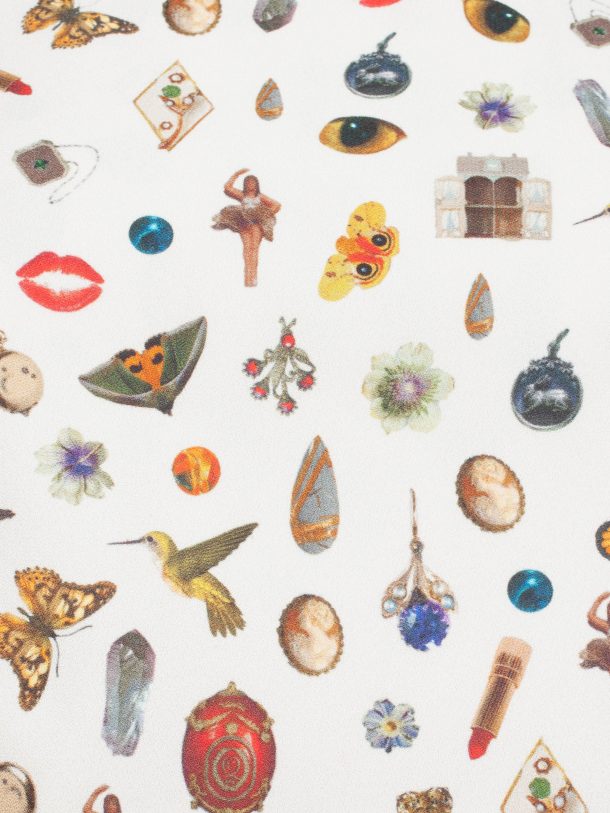 Harrods explain that the print features “random objects used to represent the idea of obsession”. 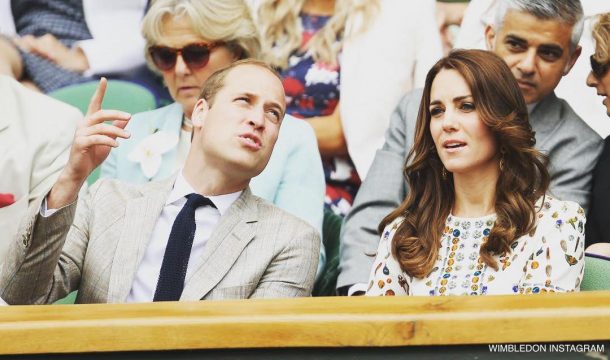 Here’s a look at one of Alexander McQueen’s Obsession print bags from the season: 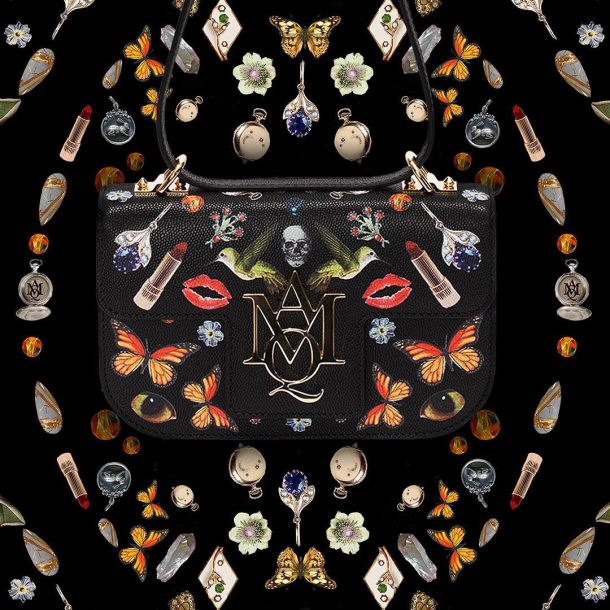 More pieces from the collection:

The Obsession print is highly sought after this season.  McQueen have used it on a number of items, including bags, dresses, scarves and blouses.  Use the widget below to browse: