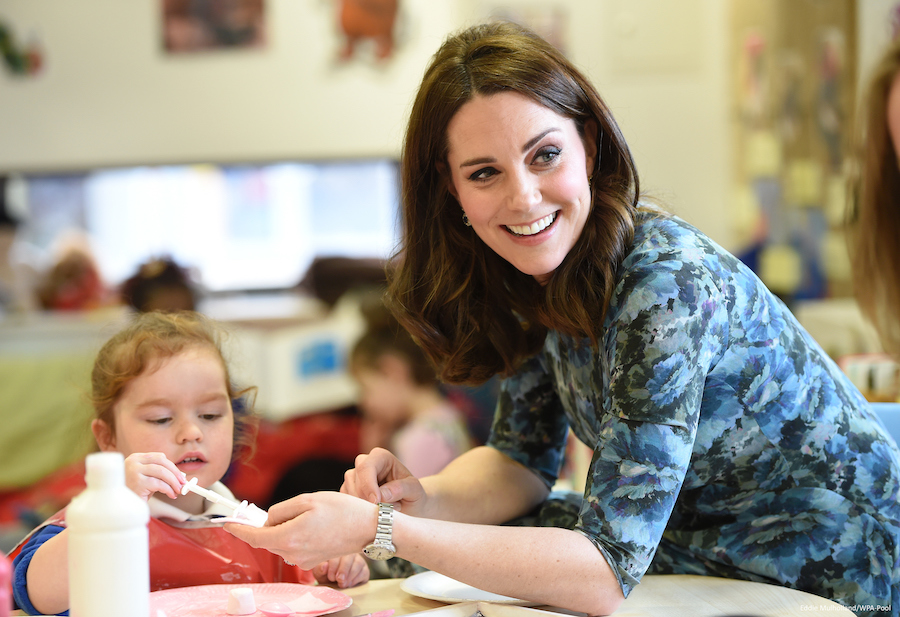 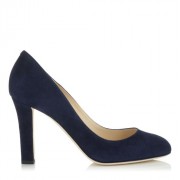 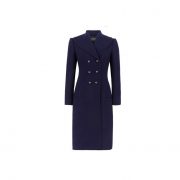 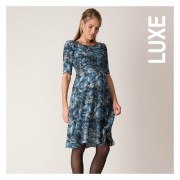 The Duchess toured the school and spent time with children, parents and staff. She spoke with sixth formers in their common room and joined in with art activities with the younger pupils.

The school also has a farm home to chickens, rabbits and guinea pigs. Plus, Kate met a puppy called Bear who is being trained as a therapy dog by pupils.

Reach Academy is a Place2Be Partner School. Place2Be is a children’s mental health charity that provides support and training to schools across the UK.

Reach Academy provides a range of support for students, parents and staff members, including emotional wellbeing, LGBT groups and a Girls’ Group.

Kate’s been the charity’s Patron since 2013.

A few more photos from the visit:

Pregnant Kate looked beautiful in blue! Her mid-length coat is by Hobbs London. It’s the Gianna style in navy.

Hobbs say they were inspired by equestrian style. The design is based on the traditional British riding jacket. The piece features a slightly flared knee-length skirt, a rounded notch collar, a double-breasted front with pewter coloured buttons and long sleeves.

Sadly, Hobbs no longer sell the style, but try the Milly coat if you’re looking for something similar. It’s also based on the riding coat style, features a fit-and-flare silhouette and comes in navy blue. Alternatively, check out eBay to see if you can snag the original.

This is the third time Kate’s worn the floral print dress. She first wore the piece in January 2015 for a visit to Family Friends in London. She wore the dress for a second time a month later, during a visit to the West Midlands.

Seraphine describe the dress as ‘marine ocean’ blue. The floral pattern is digitally printed on crepe de Chine fabric. The piece is cut with a curved empire line for a figure-flattering fit and features elbow-length sleeves. Sadly, Seraphine no longer stock the dress, but you can sometimes find it on eBay.

Kate accessorised with a bag she carried frequently over the last decade, the Muse clutch by Stuart Weitzman. (It’s also known as the Raz in the United States.)

The Duchess owns the rectangular clutch in four different colours, blue, black, brown and nude. She carried the blue suede version at this engagement. The company no longer make the bag—again, it’s another piece that often pops up on eBay.

On her feet, Kate wore her navy blue suede Georgia pumps by Jimmy Choo. The shoes feature a tall column heel and an almond-shaped toe. We first saw the Duchess wear the Georgia pumps in 2014. These are another item in Kate’s wardrobe that have long sold out.

Kate added a little sparkle to her ensemble by accessorising with her diamond and sapphire earrings. Her first official sighting in the earrings dates back to 2011, for an official portrait ahead of the Royal Tour, shortly after joining the Royal Family.

According to reports, the gems once belonged to Princess Diana and were a gift from Prince William:

Princess Diana frequently wore the double-drop earrings, believed to be part of the suite gifted to her by the Crown Prince Fahd of Saudi Arabia on the occasion of her wedding … The Duchess of Cambridge, however, has removed the top circular sapphires.

Finally, Kate wore her Cartier Ballon Bleu watch. The Duchess owns the 33mm version of the watch, in stainless steel with blue hands.