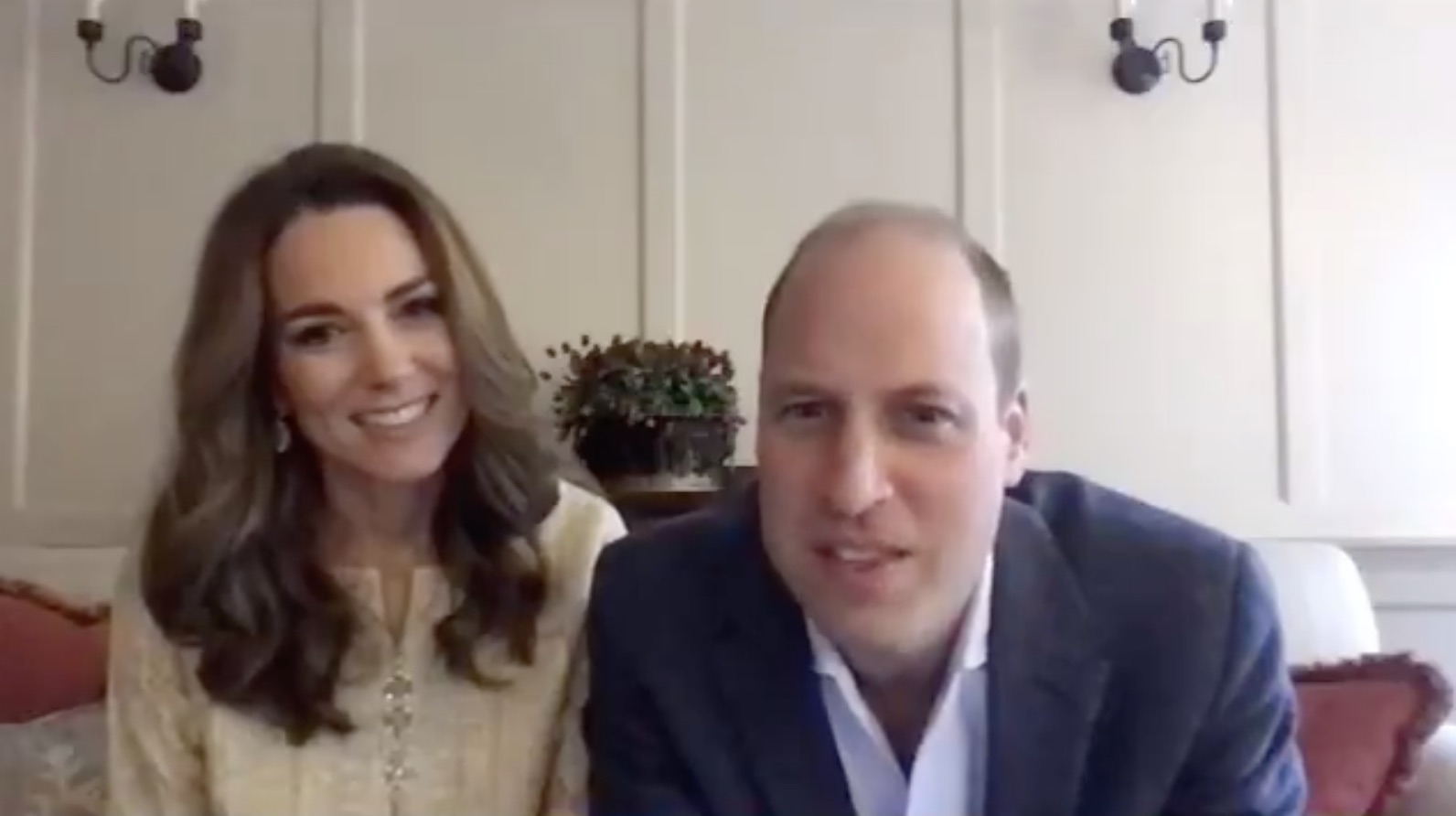 Last October, William and Kate spent five days visiting Pakistan at the request of The Foreign and Commonwealth Office. At the time, the Palace said that they wanted to showcase “Pakistan as it is today—a dynamic, aspirational and forward-looking nation”.  The tour had a diverse inventory stretching across bustling cities and rugged countryside.  The couple visited charity projects, met locals in a remote village, attended a glittering reception, had lunch with Pakistan’s Prime Minister and toured a mosque.

One year on from the visit, the couple used video conferencing software to catch up with some of the people they met.

In the video call, William and Kate spoke with teachers and pupils at the Islamabad Model College for Girls. They also took part in a virtual game of Pictionary. Kensington Palace released a highlights reel:

I’m very glad you guys are drawing and we’re not having to draw.

At the end of the video, Kate recognised the college’s staff for their hard work, telling them they’re doing an “amazing job, particularly now when things have been so difficult”—referring to the coronavirus pandemic.

William and Kate visited the government-run school in-person on the 15th October 2019, it was their first engagement of the tour.

They aimed to champion the importance of quality education and learn how girls benefit from pursuing higher education and professional careers. 49% of girls do not attend school in Pakistan.

During the visit, William and Kate toured classrooms, spoke with pupils and met with trainee teachers from the Teach for Pakistan programme.

Kate wore a periwinkle blue shalwar kameez by Pakistani fashion designer, Maheen Khan. You can read the full breakdown of her look on this page.

In addition to video calling the College, Their Royal Highnesses connected with children and staff at the SOS Children’s Village in Lahore.

SOS Children’s Village is a private social welfare organisation that provides a loving home and family for over 150 orphans and abandoned children.

If you followed the 2019 tour, you may remember the couple visited the organisation twice.  The first visit took place on day four (October 17th).  The couple read a story to the children, attended a birthday party and Kate delivered a speech.

The second visit took place a day later, on the 18th of October. The couple were due to visit the Khyber Pass but an electrical storm led to a last-minute change of plans.  Instead, the couple chose to go back to the Children’s Village and spend more time with the children before enjoying a game of cricket.

Days later, Kate personally announced the impromptu visit on her official Instagram page, @kensingtonroyal. It was the first time she personally ‘signed off ‘ the caption.

At the time, Kate wore a black and ivory silk kurta (tunic) by Pakistani design house Élan. Full details on this page.

In a short video snippet of the conversation, we saw the couple reminisce about their time playing cricket with the children. One of the children drew a picture showing the moment William got ‘caught out’ during a game.

That’s you catching me out, that happened quite a lot if I’m right”

As you’ll notice, Kate wore three different traditional Pakistani outfits to visit the college and orphanage during the tour.  She decided to do the same again during the video calls. She wore a kurta tunic by Gul Ahmed.

We know the piece is by Gul Ahmed thanks to Sarah Daud Janjua who received confirmation from the brand via social media.  They also told Sarah that the kurta is out of stock, so no longer available to purchase sadly.

It’s hard to pick out much detail—the video clips are too low-quality. I’d say the kurta looks gold and features embroidery throughout, with something ‘blingy’ on the neckline. Perhaps embroidery, perhaps buttons?

I suspect Kate purchased the kurta for the 2019 tour but didn’t wear it for one reason or another.

Gul Ahmed have a chain of shops across Pakistan. Its headquarters are located in Karachi. They employ over 7,000 people. Here are a couple of Gul Ahmed designs:

As you can see above, Kate wore a pair of earrings. It’s hard to work out which pair.

It could be the gold and yellow cocktail ring she’s worn a few times in the past. Probably not. I’m not sure if the shape looks right. Some Kate fans think it’s a new piece. 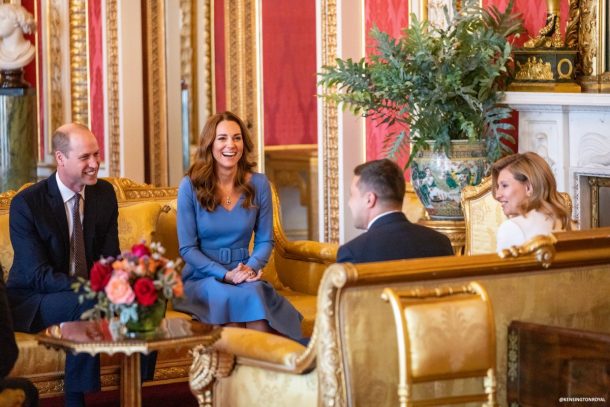 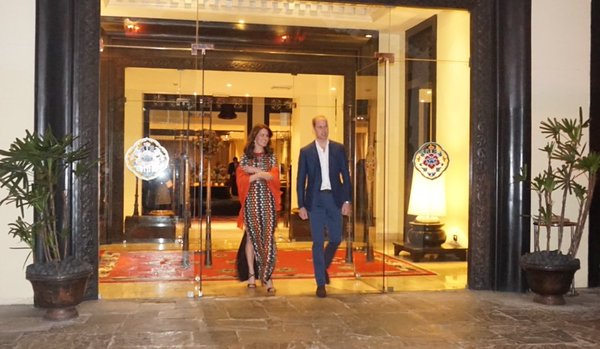