On Wednesday 24th July at around 6.20pm Clarence House announced the name of the new baby prince, born days earlier to the Duke and Duchess of Cambridge. 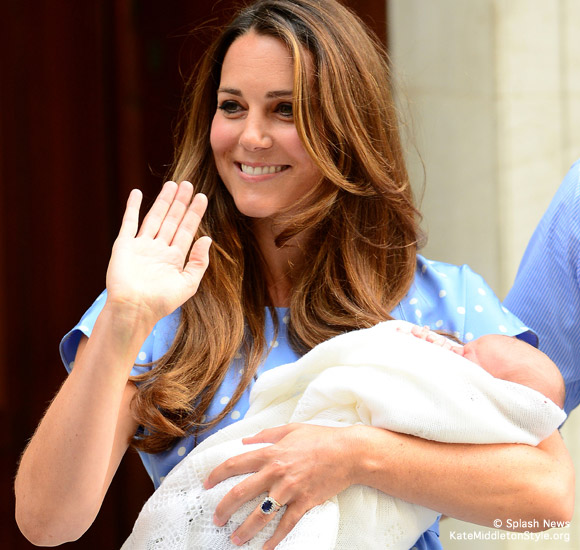 The Duke and Duchess and Cambridge have somewhat broken tradition, choosing three names for the baby.  Harry, William and Charles all have four christian names in total.  Of course, Her Majesty The Queen has three names: Elizabeth Alexandra Mary.

The Duke and Duchess of Cambridge are delighted to announce that they have named their son George Alexander Louis.

The baby will be known as His Royal Highness Prince George of Cambridge.

William and Kate announce the news on their official website

Of course, the Queen will be delighted at the name George – her father was King George VI.

According to experts speaking on Sky News, George is 12th most popular name in the UK for baby boys currently – I’d now expect this to shoot up now – at least into the top 5!

« [GALLERY] Celebrate the birth of the baby Prince with our photo gallery!
Kate’s back to work: at Anglesey ultra-marathon, first engagement since birth of Prince George! »