The Vampire’s Wife ‘The Light Sleeper’ Dress in Ruby 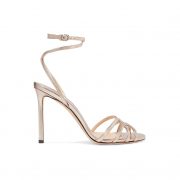 The Duke and Duchess of Cambridge ended their second full day in Belize with a reception to mark the Queen’s Platinum Jubilee (21st March 2022). The Duchess looked radiant in a shimmering pink dress by The Vampire’s Wife—more on that later in the post ⬇️

The Duke and Duchess of Cambridge are visiting Belize as part of their Royal Tour of the Caribbean for the Queen’s Platinum Jubilee.

The evening reception took place at the Cahal Pech Mayan ruins, near San Ignacio. The couple were hosted by the Governer-General of Belize.

The reception celebrated the best of Belizean culture.

William delivered a speech thanking the Prime Minister, Governor-General and Belizean citizens for welcoming them to the country.

He extended warm wishes from his grandmother, The Queen, too.

On the eve of their departure from Belize, the prince spoke fondly of his visit, adding that he wished he could stay longer. He also remarked upon the situation in Ukraine, reiterating his pledge to stand with the country in solidarity.

William also spoke about his son, Prince George, and explained that the youngster follows his parents’ overseas visits from home by pinning their locations onto maps.

The Duchess dazzled in a magenta pink metallic dress by The Vampire’s Wife, the trendy label started by former model Susie Cave. It’s known as The Light Sleeper.

It looks like the dress is bespoke. I do not think The Vampire’s Wife currently offer the pink shimmering fabric as an option (yet—I suspect they’ll release it at some point!) Update: The Vampire’s Wife have now added the dress to their website. You can pre-order it for £2,250 GBP.

This isn’t the first time Kate’s worn The Vampire’s Wife. She chose the brand’s Falconetti dress in emerald green during a visit to Ireland in 2020. (The green version remains available to buy at Matches Fashion.)

One last look at the pink dress, the flutter sleeves are beautiful! And look at that fabric!

Kate paired the shimmering pink dress with two accessories we saw during the Pakistan tour in 2019: the Jimmy Choo Mimi 100 sandals in Anthracite and a pair of statement earrings from the O’NITAA boutique.

The metallic sandals feature an elegant silhouette enhanced by the curved straps, thin ankle strap and high stiletto heel. Jimmy Choo no longer produce the shoes in anthracite, as worn by Kate. But you can find them in platinum—another metallic shade—at FarFetch for £650.

The O’NITAA earrings feature one oval stone encircled by smaller gems and set in a gold-plated metal. They’re finished with two beads and suspended from a smaller matching circular design. In 2019, O’NITAA told our friends at UFO No More that the earrings were bespoke, made just for the Duchess.  The earrings are available to order from O’NITAA. The details are on their homepage.

The Duchess finished her outfit with a special clutch bag that featured Maya embroidery. You can find out more about the bag in the post from the Belizean government below: 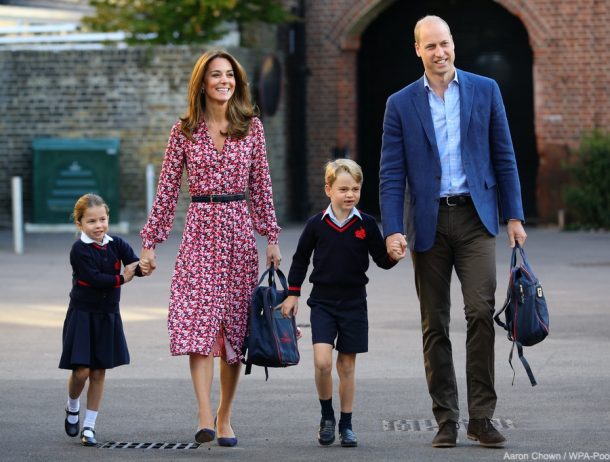