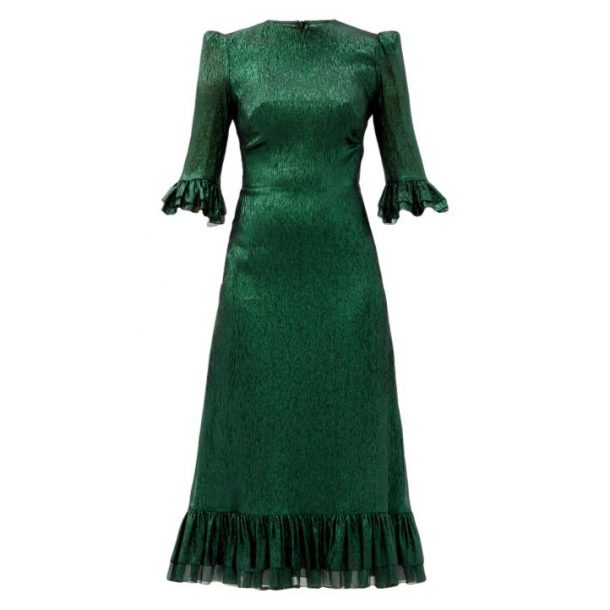 The Princess first wore the emerald metallic midi dress to a reception during a visit to Ireland in March 2020.

We saw Kate in the green metallic dress for a second time, in an official portrait painted by Jamie Coreth unveiled in June 2022.

About the green dress:

Kate had to know she’d turn heads in this shimmering green dress. It was unlike anything we’d seen her wear before. The colour was perfect for a visit to the Emerald Isle!

The garment features a fitted bodice, puffed sleeves, shoulders enhanced with shoulder pads and is finished with ruffles at the hem. The dress’s elbow-length sleeves also feature the same ruffle detailing.

The dress is crafted from a silk-blend chiffon fabric.

Vogue named the Falconetti style the ‘dress of the decade.’

The Vampire’s Wife Falconetti dress fan club register reads like an A-Z of Hollywood elite. A galaxy of stars has fallen for the charms of brand founder Susie Cave’s sweet, ruffle-trimmed dresses that ooze retro glamour.

Where can I buy the dress?

The Vampire’s Wife have reissued the dress. You can still purchase it from Matches Fashion. See the box below for details:

Exact match! Attending a swanky soiree soon? Steal Kate’s style with this beautiful evening dress by The Vampire’s Wife. Vogue say the label is “much loved by the fashion press” and say the Falconetti dress “flatters everyone who has been photographed wearing it” (it has legions of famous fans including Princess Beatrice, Keira Knightly, Kate Moss and Tilda Swinton.)

Has Kate worn any other designs by The Vampire’s Wife?

Yes, in March 2022, Kate wore a floor-length magenta pink dress by The Vampire’s Wife during a reception in Belize. The gown was made from a similar shimmering fabric. It’s called The Light Sleeper Dress. The brand call this colour ‘ruby.’

The dress is available to buy on The Vampire’s Wife’s website. 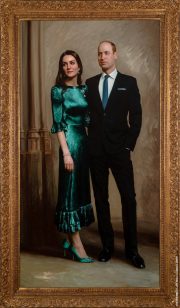 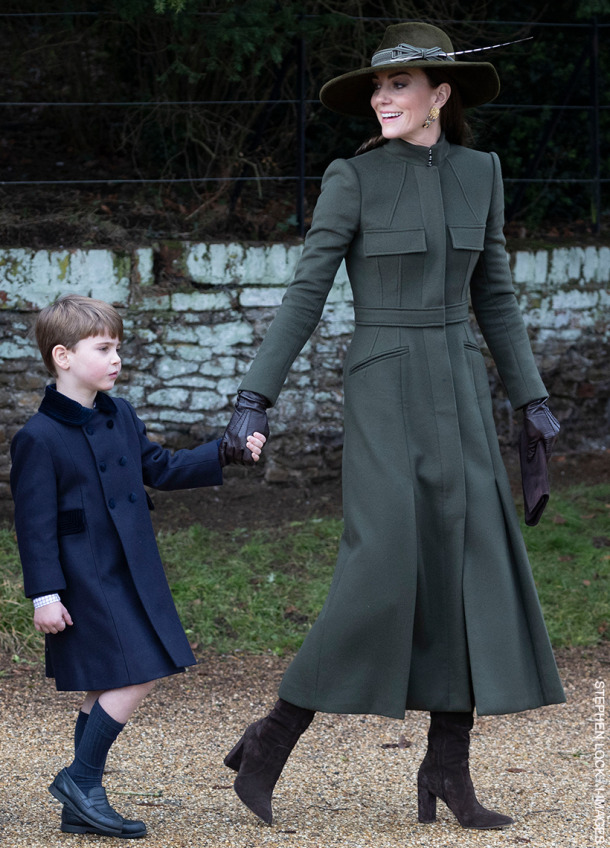 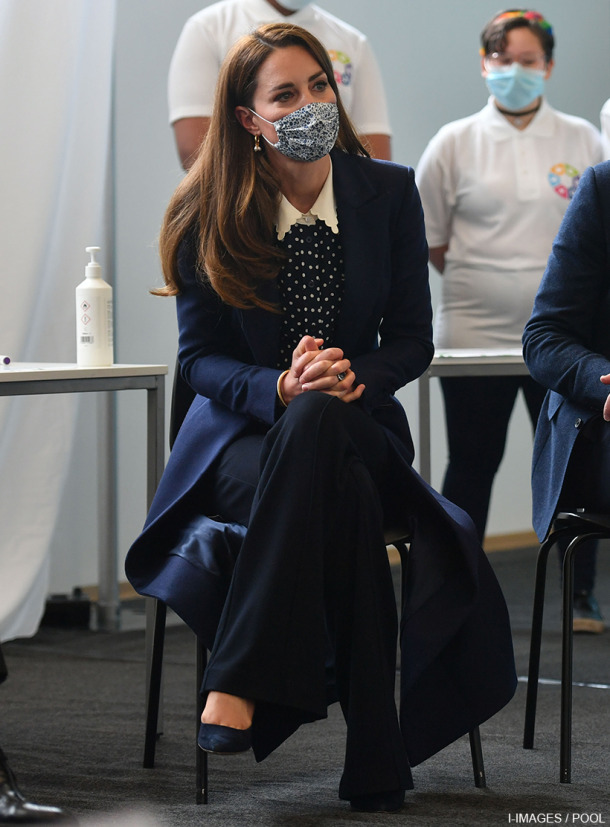