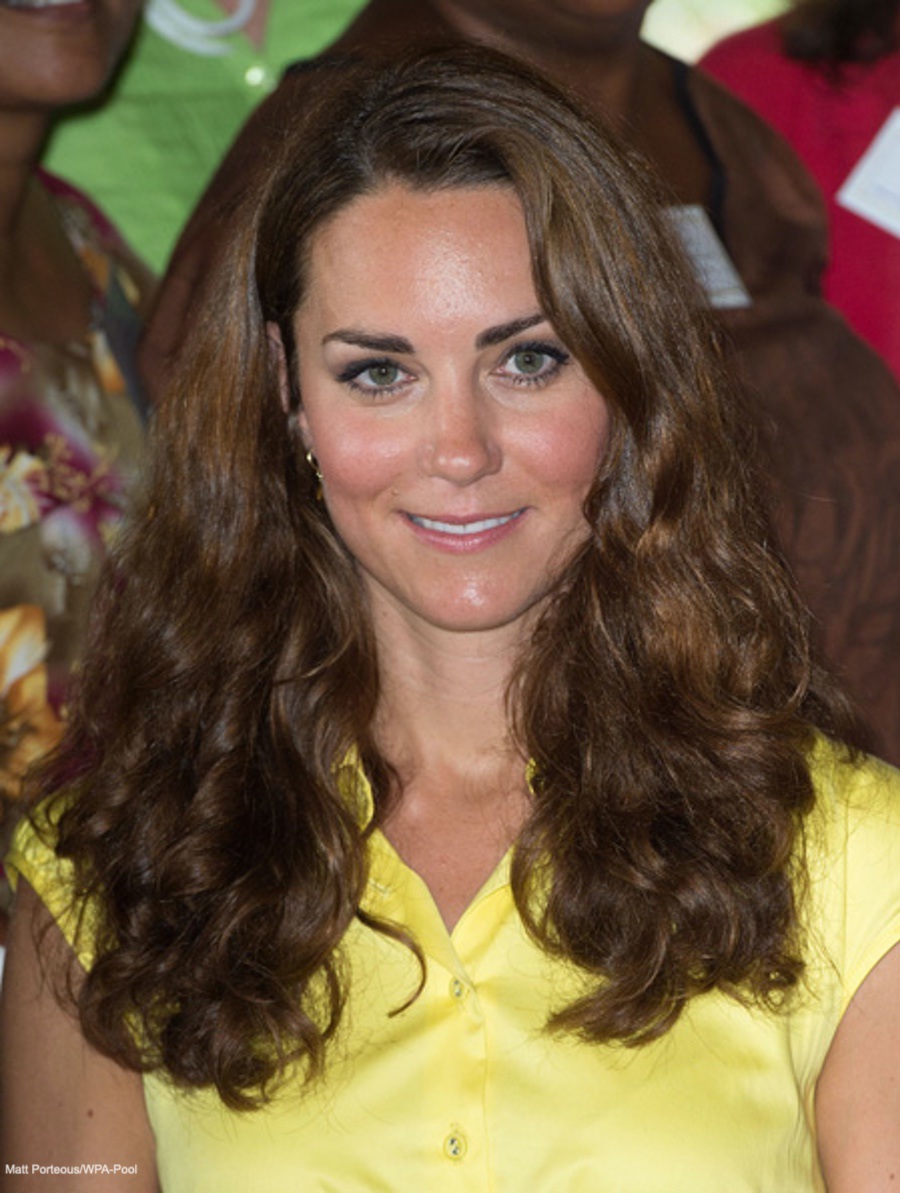 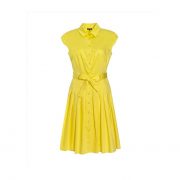 September 15th 2011 – On Day Seven of the Royal Tour, William and Kate visited the Prime Minister’s cabinet in Honiara, the capital of the Solomon Islands.  The couple were each given a traditional necklace by the Prime Minister.  Here we can see an image of the couple wearing their new gift:

The necklaces included the words “Prince William” and “Princess Kate”.

The trio had a photograph taken together before the politician joked that the photograph would allow The Queen to see they had visited, with William making a quip about Her Majesty being able to check on them.  In good spirits, William then sat at the cabinet table, banged his hand down and joked ‘where’s the agenda’.

Shortly after the Cabinet visit, the couple made a short journey to The Festival Village in Honiara, where they watched cultural performances.  The village is like a ‘living museum’ with nine thatched huts, with each featuring singers, dancers and handicrafts from each of the nine provinces that make up the Solomon Islands.

During the day, Kate was given a decorative headdress made from frangipani and bougainvillaea flowers, which she wore for the duration of the visit.  Here we can take a look at Kate wearing the pretty pink and cream headdress:

Next, the couple visited Burns Creek on the outskirts of Honiara, a community impacted by high property rates, leading to the levels of chronic hunger and malnutrition that are among the highest in the world.

William and Kate met a family who helped by a program led by the Solomon Islands Small Business Enterprise Company in partnership with World Vision.  Here we see the husband, Cain with his pig farming business, a project World Vision helped with, so he can earn a good living:

Then William and Kate visited the Commonwealth Youth Pacific Centre, where the Leadership and Integrity Conference was being held.  Kate and William split into two parties for a short while.   Kate met with a group of women to discuss inequality in Melanesian society.  On arrival, she was met by nine women representing each province in the Solomon Islands, each in traditional dress. Meanwhile, William gave a speech and handed out six Duke of Edinburgh awards to young people from all across the Islands.

The Duke and Duchess then met up again to attend a memorial ceremony for The Coastwatchers, where they both met some of the last survivors of the undercover war against the Japanese in the Pacific.

Kate wore a primrose yellow sleeveless dress from upper-end of the high street store Jaeger, here we take another look at Kate courtesy of World Vision:

The Pleated Shirt Dress came from Jaeger’s summer collection.  It featured cap sleeves, a shirt collar, button fastening down the front and soft pleating throughout.  The belt and fitted top provided a flattering finish.  The dress did retail at £180 but went on sale at £75.  The dress is long sold out but might pop up on eBay from time-to-time.

With the dress, Kate wore her trusty L.K. Bennett Sledge pumps, along with her Kiki McDonough Citrine Drop earrings.