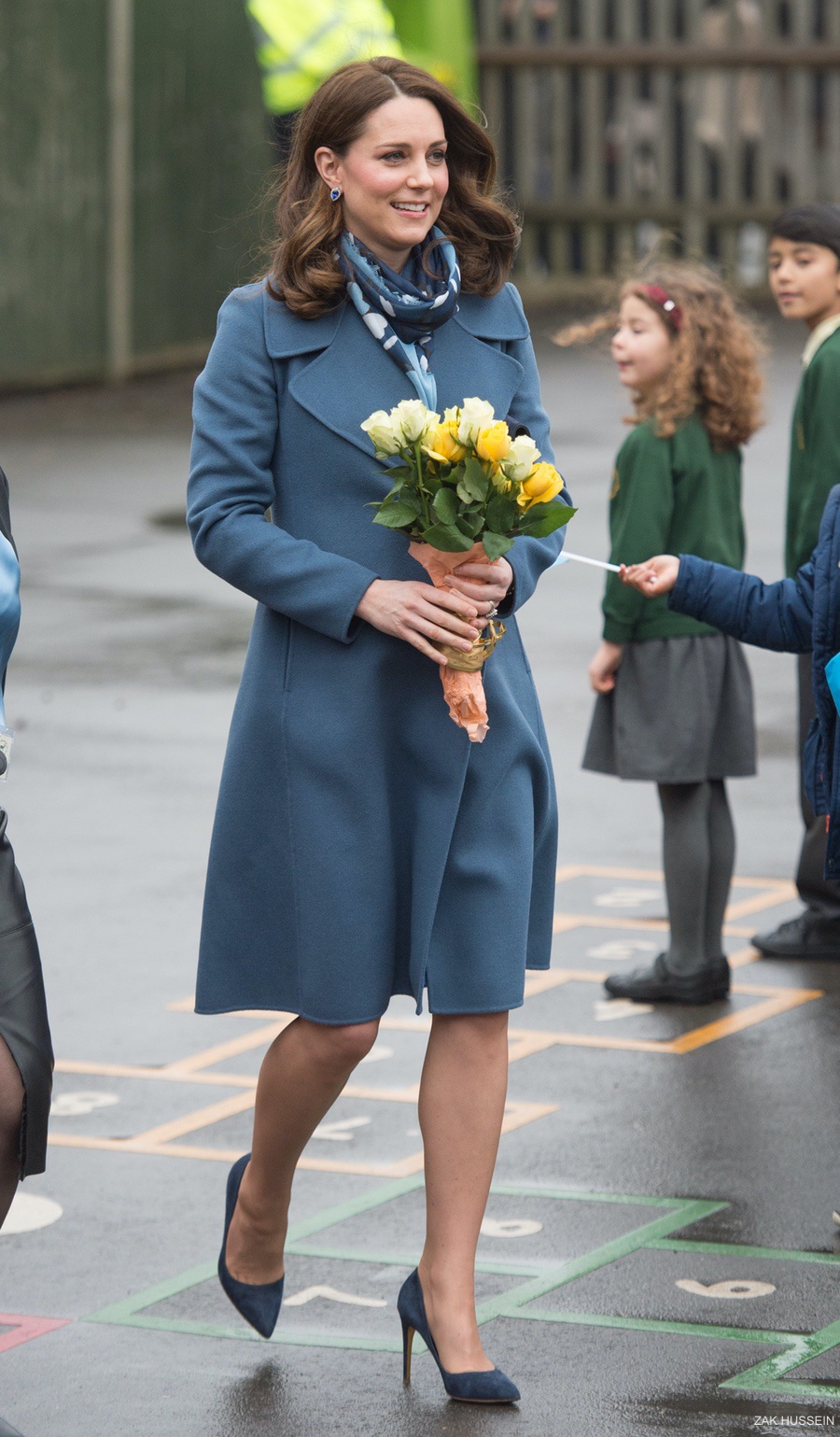 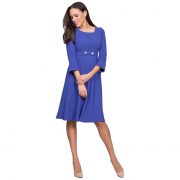 The Duchess visited the school to launch the “Mentally Healthy Schools” website, which gives primary school teachers resources to help their young pupils.

Mentally Healthy Schools’ will be a free and easy to use website for schools, drawing together reliable and practical resources to improve awareness, knowledge and confidence in promoting and supporting pupils’ mental health. – ROYAL.UK

It is also part of William, Kate and Harry’s Heads Together campaign, which aims to promote conversation around mental health and dispel stigma.

During her visit to the school, Kate joined in with lessons and delivered a short speech about the website project.

Kate wore her blue Sportmax Gerbera coat, it’s from the label’s AW14 collection. The blue coat features a wide notched lapel collar, a concealed side closure, side besom pockets and princess seams.  It’s made of wool.  The coat isn’t a maternity piece, but its roomy design made it perfect for Kate’s growing bump.

She first wore the piece in 2015 while pregnant with Prince George, during a visit to the midlands. You may remember toured the Emma Bridgewater factory and dropped into a children’s centre run by the Action For Children charity (both pictured below).

Of course, Sportmax is part of the Max Mara group.  Matches Fashion described Sportmax as Max Mara’s “slick urban line” that “amp[s] up city dressing for the fashion-conscious”.  Kate’s worn clothing from both Sportmax and Max Mara on multiple occasions. Here’s the Duchess in another Sportmax coat:

Kate kept warm with a navy blue scarf by Beulah London.  It’s the brand’s ‘Elena’ scarf.  It features a navy and sky blue Henri Matisse-inspired floral print.  It retailed on the company’s website for £95.

Beulah London is a luxury label making a difference.  They sell ethically-produced clothing and donate 10% of profits to projects that empower women around the world. Kate’s worn many items from the brand, including four other scarfs, multiple dresses and several coats.

Under her coat and scarf, Kate wore a blue dress by maternity brand Seraphine.

It’s the brand’s Tailored Maternity Dress in Royal Blue (it also comes in black).  It’s made from a premium stretch woven fabric, is cut with an a-line silhouette with an empire waist, a flattering peplum and subtle bell sleeve detailing.  Two metallic buttons sit under the bust. Seraphine say the dress drapes beautifully to the knee and will adapt to your growing curves throughout pregnancy.   The company still sells the elegant style today (Jan 2021) for £99.

Kate wore multiple pieces from Seraphine during her three pregnancies.  A search on their website for “Duchess of Cambridge” shows six coats, three dresses and a pair of jeans worn by Kate at public engagements that are still in stock. Below, the Natasha cashmere maternity coat (£195) in mist blue and the Marina maternity coat in plum bouclé (£275).

Seraphine is a London-based brand founded by Parisian mother-of-two Cécile Reinaud in 2002.  The company now operates flagship stores over several continents and won the Queen’s Award for Enterprise in the UK twice, first in 2015 and then again in 2020.

On her feet, Kate wore her Rupert Sanderson Malory pumps in blue.  The shoe, which comes in multiple colour and fabric choices has a 100cm heel, a pointed toe and metallic gold detailing on the heel.  They sold for $675.  Kate’s been wearing them regularly since 2016.

Kate carried her Stuart Weitzman Muse clutch in blue suede.  (Sold as Muse at Russell and Bromley in the UK, and known as the Raz in the USA).  The piece features a front flap with a magnetic snap closure.  It’s sold with a shoulder strap which Kate does no use.  The interior is lined and features a slip pocket and a signature logo plaque.

Kate owns the bag in three other colours too: nude, black and brown.

Kate accessorised with coordinating jewellery from G.Collins & Sons.    The necklace and earring set features pear-shaped blue Tanzanite stones surrounded by sparkling diamonds and set in platinum metal.  The G.Collins & Sons website lists a similar necklace for £8,475 and a similar pair of earrings for £8,750.

The Duchess first debuted the pieces in March 2015, to a commemorative service marking the 13 years of military operations in Afghanistan.

Finally, Kate’s stainless steel watch will be familiar to our regular readers.  The Duchess has worn the silver-coloured watch for years.  It’s the Cartier Ballon Bleu (33mm size).  It features blue hands and a small blue cabochon on the watch face. 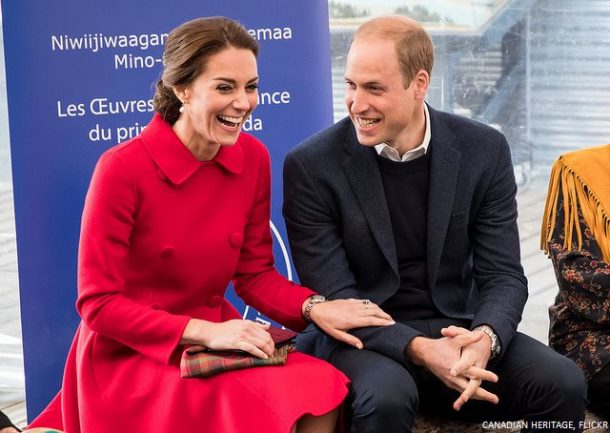 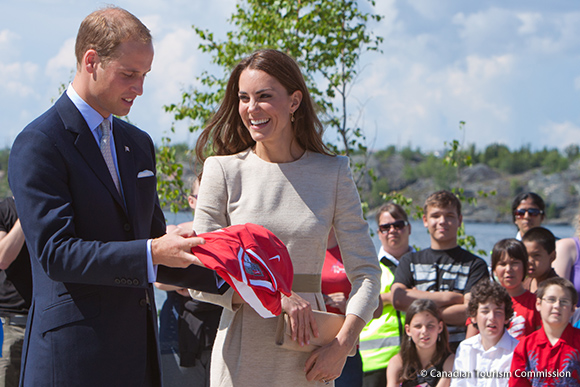