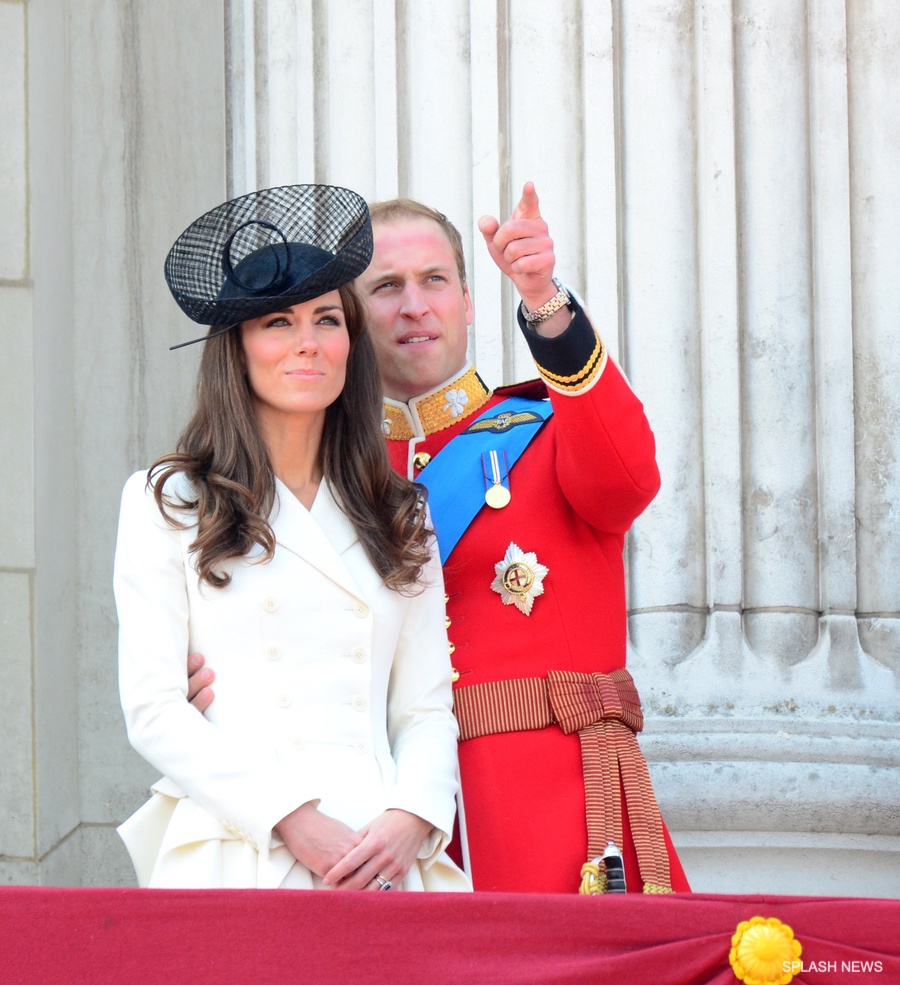 In 2011, just months after her marriage to Prince William, the newlywed Kate Middleton attended her very first Trooping the Colour ceremony.

After riding in the ceremony’s procession, Kate joined the Royal Family on the balcony to watch a flyover display by the Royal Air Force:

Kate’s outfit at Trooping the Colour 2011:

For the occasion, Kate wore a very fashion-forward white coat by Alexander McQueen.

Catherine paired her white statement coat with a hat is by Sylvia Fletcher for Lock & Co.

I believe Kate wore her Kiki McDonough Grace earrings with the outfit.

About Trooping the Colour:

Since 1748, Trooping the Colour has marked the monarch’s official birthday.  It’s a ceremony performed by regiments of British and Commonwealth armies, healed in St. James’s Park London and coincides with the publication of the Birthday Honours list.

The ceremony is the definition of pomp and pageantry: always colourful, usually involving a royal procession complete with horses and carriages, plenty of music from and a flypast from the Royal Air Force.

Highlights from Trooping the Colour 2011

If you’d like to relive 2011’s Trooping the Colour ceremony, watch the video below: