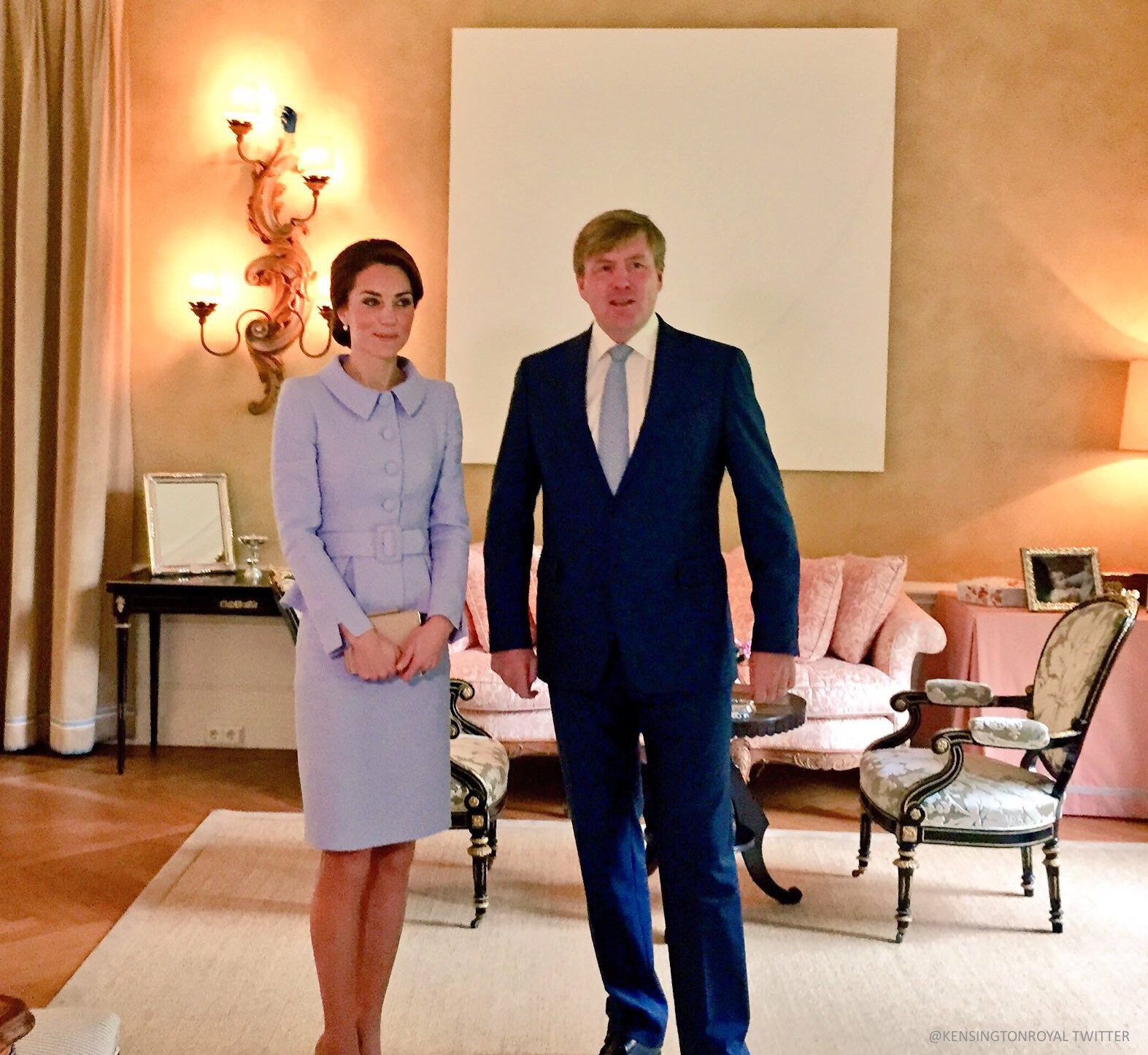 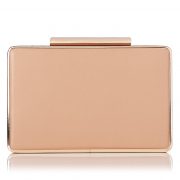 On the 11th October 2016, Kate visited the Netherlands.  It was the first time she conducted engagements on behalf of the Royal Family abroad on her own.

You may remember she had planned to visit Malta alone in September 2014, but this had to be cancelled due to her illness during pregnancy.

After lunch, Kate visited the Mauritshuis museum in The Hauge, a city located on the western coast of the Netherlands.

Kate met with the museum’s Director, Emilie Gordenker (pictured above).  The pair toured the museum’s permanent collection before visiting an art workshop for young people.

During the visit, Kate viewed the famous “Girl with a Pearl Earring” painting (while wearing pearl earrings herself, loaned from the Queen).

Girl with a Pearl Earring (or Meisje met de parel in Dutch) is an oil painting by 17th-century Dutch painter Johannes Vermeer.  The painting is the subject of the famous historical novel, film and play of the same name.

After, Ms Gordenker showed Kate an exhibition titled ‘At Home in Holland: Vermeer and his Contemporaries from the British Royal Collection’.  A little bit about the exhibition:

“The 22 works selected for this exhibition are some of the finest 17th-century genre paintings by Dutch artists in the Royal Collection. The 22 works have been loaned from the British Royal Collection to the Mauritshuis where they will be on display from 29th September 2016 until 8th January 2017.”  Source:  Majesty Magazine.

Kensington Palace confirmed Kate’s trip to the Netherlands centred around this exhibition:

“The Royal Collection loaned the works and, as a result, an invitation was extended to the Duchess, a former history of art student, to come over to the Mauritshuis … Everything else has been organised around it.”   Source:  The Express

The Palace confirmed that they’d organised the visit before the Brexit result, and it had nothing to do with the British Prime Minister’s visit to the country for negotiations the day before.

After viewing the At Home in Holland exhibition, Kate attended a short reception with museum supporters before heading over to the British Ambassador’s Residence in The Hague.  Here, the Duchess took part in a roundtable discussion about addiction and its impact on family mental health.

“Hosted by The British Ambassador, His Excellency Sir Geoffrey Adams, at the Residence in The Hague, the seminar brings together experts from the renowned Trimbos Institute, and representatives from two UK charities of which The Duchess is Patron, Action on Addiction and Anna Freud National Centre for Children and Families.” Source:  royal.uk

“Addiction and family mental health are two important  issues which The Duchess has been working on for some time and Her Royal Highnesses was keen to shine a spotlight on the import at work being carried out in this area.”  royal.uk

For the final engagement of the day, Kate travelled over to the neighbouring city of Rotterdam.  Here, she visited Bouwkeet, the social Makerspace of Bospolder-Tussendijken.  This is a new community-focused initiative in the centre of an economically deprived district which provides a creative design and technology workspace.  More about the community via Majesty Magazine:

Local residents can use the facilities, and ‘pay’ by sharing their skills with others, providing education, skills and positive role models within the community. The centre works with local schools to bring young people in the area into workshops, where they learn to design, create and build their own projects.

Kate chose a skirt suit by Catherine Walker & Co.  I believe it is a fully bespoke design, made just for Kate.

The colour/fabric appears to be the same as the Stewart tuxedo jacket on the designer’s website, shown below.  The colour is described as “celestial blue”.

Kate’s jacket features an oversized collar, a large belt made from matching fabric, chunky fabric-covered buttons, full-length sleeves with a notch cut out at the wrists and a peplum waist.  She wore the jacket with a matching knee-length skirt.

Kate wears the Gianvito style, which comes in a range of heel heights:  105cm, 100cm and 85cm.   After a little bit of detective work, we believe she wears the 105cm style.

If you like the biscuit-coloured heels, they can be purchased from Net-A-Porter, My Theresa and Selfridges.

She’s carried the taupe coloured bag to a number of public engagements this year.  It’s made in Spain from 100% leather.

At the time of writing, it is still available to buy from:

Kate wore her hair tied back in a chic up-do, which showcased her pearl earrings beautifully.  Journalists reporting from the Netherlands confirmed Kate’s earrings are on loan from the Queen.  You may remember she wore the earrings in Vancouver too, during the 2016 tour of Canada.