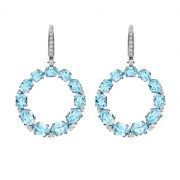 Tonight, in her role as official ambassador of Britain’s Olympic and Paralympics team, Kate presented two awards at the BBC Sports Personality of the Year awards. 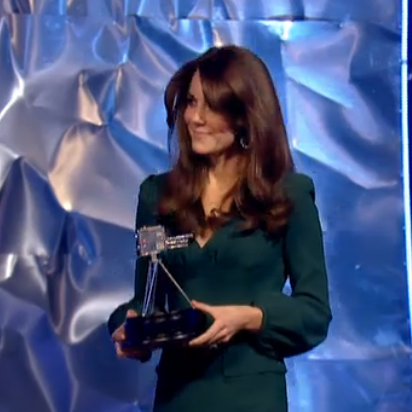 This is the first public engagement Kate has attended since it was announced she is pregnant, and since she was discharged from King Edward VII’s Hospital in London on December 6th.

Kate presented the lifetime achievement award to Lord Sebastian Coe, the British politician and former athlete who was appointed chairman of the British Olympic Association.  She presented the second main ‘Sports Personality of the Year’ award too, to winner Bradley Wiggins. 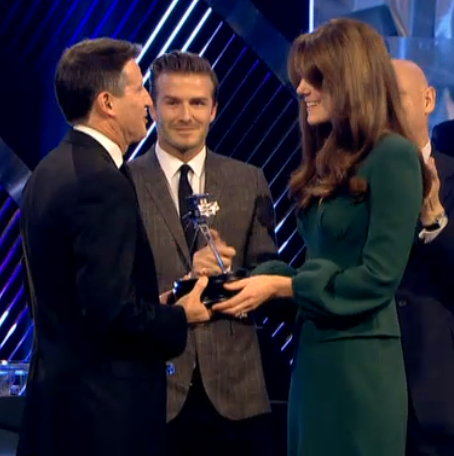 St James’ palace told the media that this event was a “long-standing invitation from the BBC”.

Kate wore a British designer, and one of her personal favourites, Alexander McQueen.  Specifically, she wore a green/teal dress with a thigh high split and sparkling silver accessories.  I believe she’s wearing her Kiki McDonough blue topaz circular earrings, which she wore on a number of occasions before the Olympics, most probably due to their resemblance of an Olympic ring 😉 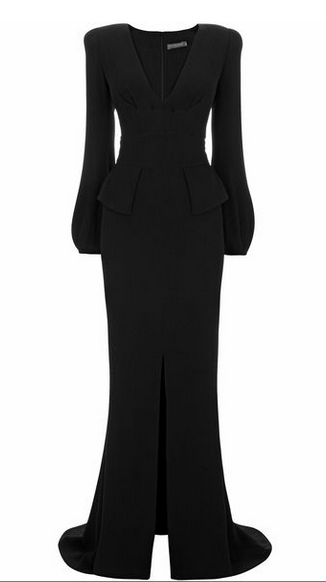 Our good friend Anna shared this image with us, it’s a shorter version of the same dress in a Berry red colour:

A trip down memory lane, Kate and William take part in the Olympic torch relay at Buckingham Palace: 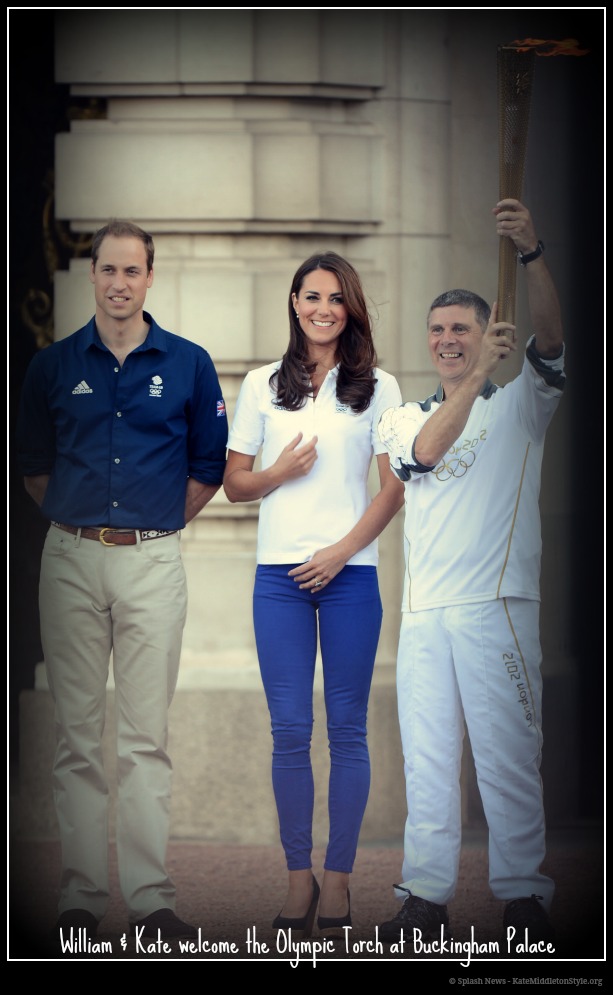