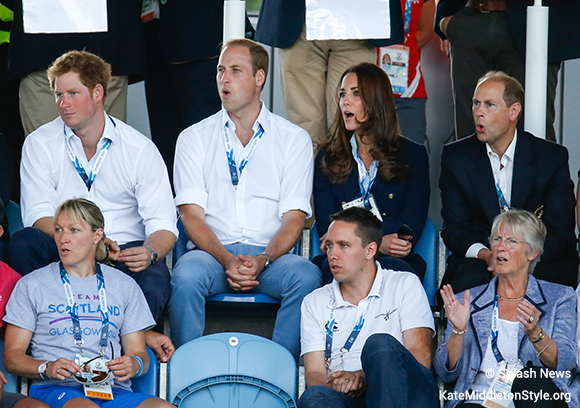 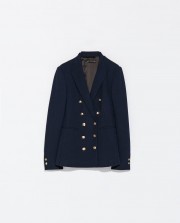 The trio arrived at the SSE Hydro in Glasgow to watch the gymnastics, before moving on to watch the boxing at a ring in the same arena. 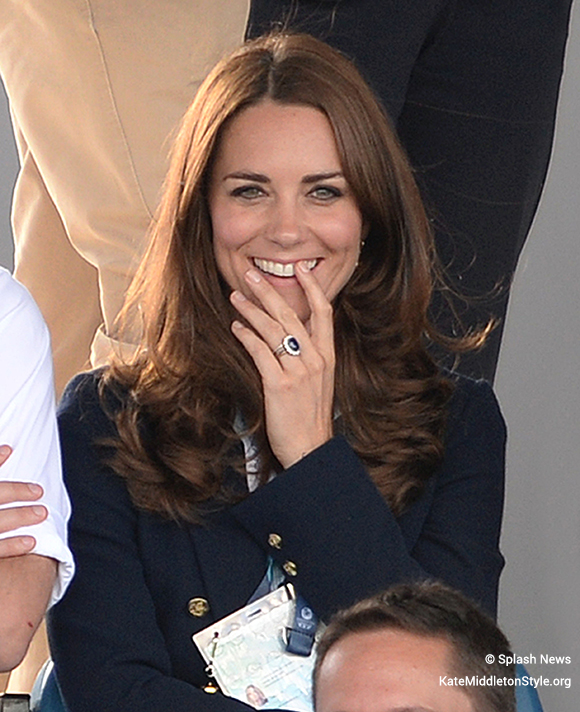 During the boxing match, Kate winced several times (can you blame her?!) Later, the three royals watched a game of field hockey.

I couldn’t post photos without sharing this one! What a face! During the day, the royal trio met with troops providing security to the venue.  From the British Army Facebook page:

Their Royal Highnesses The Duke and Duchess of Cambridge and Prince Harry have dropped in to visit the troops who are providing the Military Venue Security Force at Glasgow’s SECC venue for the Commonwealth Games in Glasgow.

The royal party was met by Brigadier Paul Harkness, Commander of Stirling-based 51 Infantry Brigade and Joint Military Commander of all the troops deployed at the Games.

The troops are deployed in support of Police Scotland at the Games, which run until 3 August. 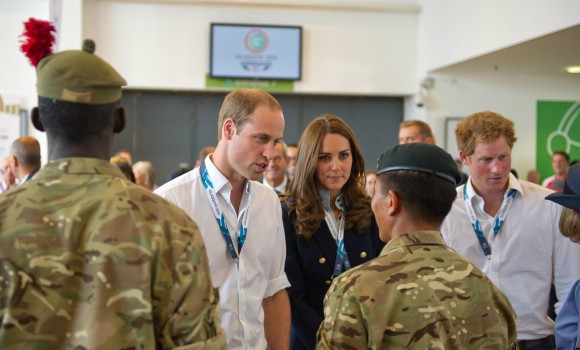 It has already been confirmed that the trio will be attending day six of the games too (29th July) though for security reasons, the events they’re watching and the times have not yet been confirmed publicly. 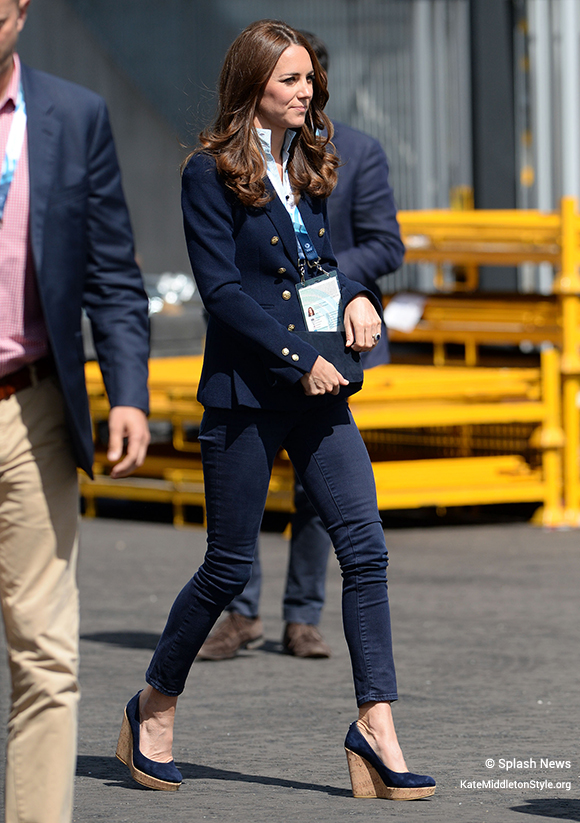 Kate’s navy blue blazer is from high street brand Zara.  We first saw her wear this jacket during the Australia and New Zealand tour earlier this year. 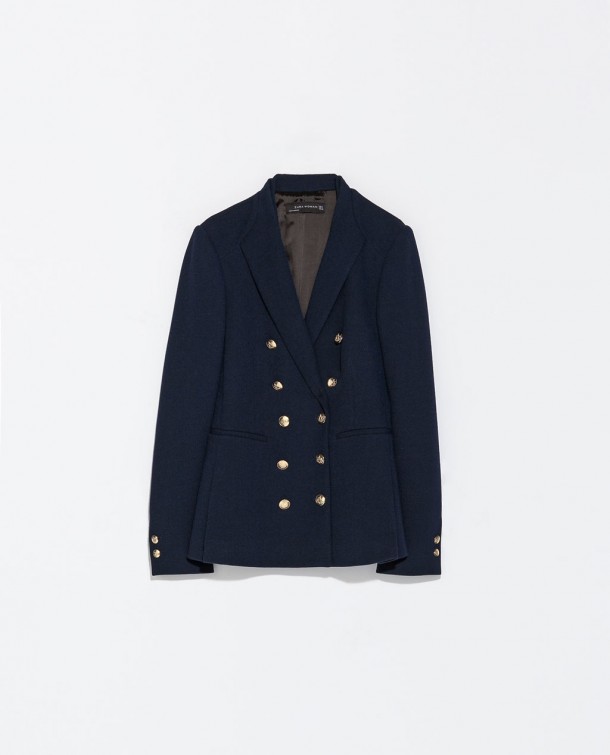 This navy blue blazer was first worn by Kate during the tour of New Zealand.

It is currently sold out.

She paired the jacket with a pair of skinny jeans.  There’s no certain ID on this pair as yet.

Today, Kate wore a new blue and white sleeveless blouse under her blazer, which featured pinstripe detailing.  The buttons on the blouse were navy blue.  There is currently no ID on this blouse, as yet. 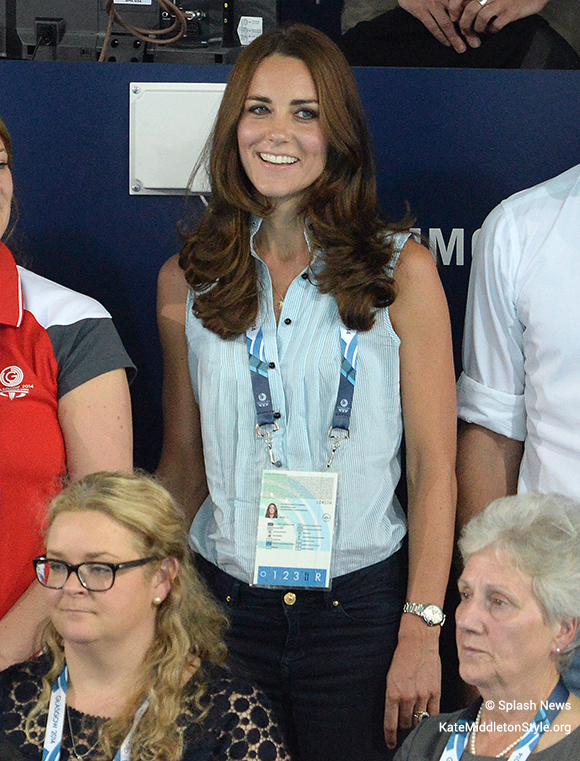 Kate in the sleeveless blue and white stripe blouse 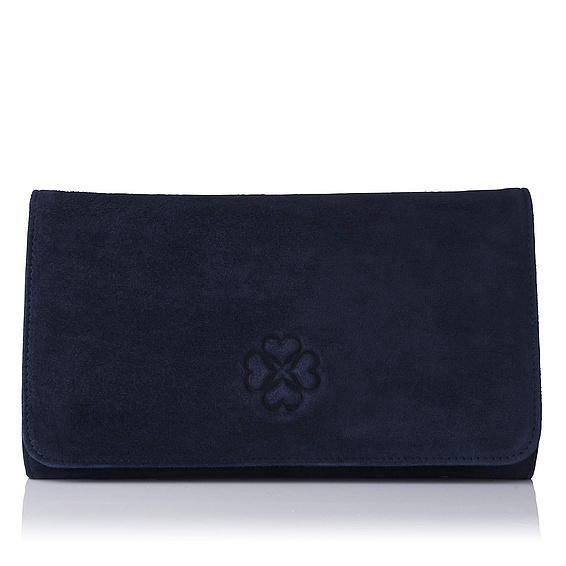 The bag is now sold out on L.K. Bennett’s website. 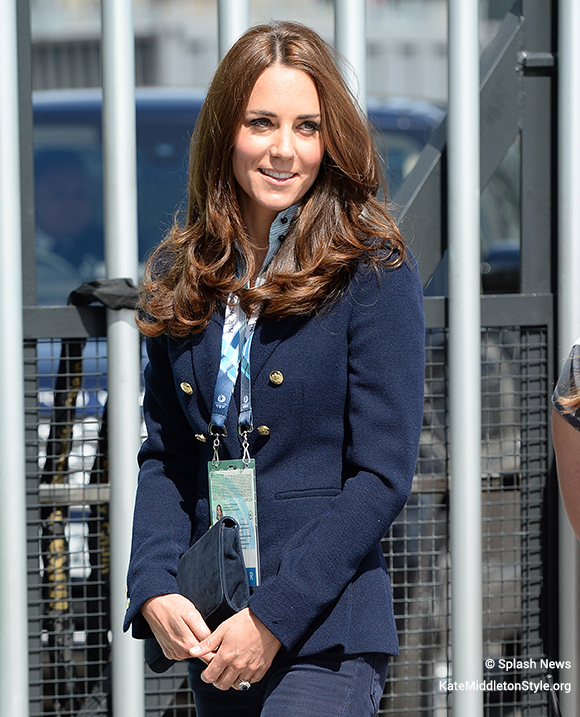 Kate wore her blue Corkswoon wedges from Stuart Weitzman (or Russell and Bromley for those in the UK.)  The wedges are highly popular and still available from both Stuart Weitzman’s website and Zappos. 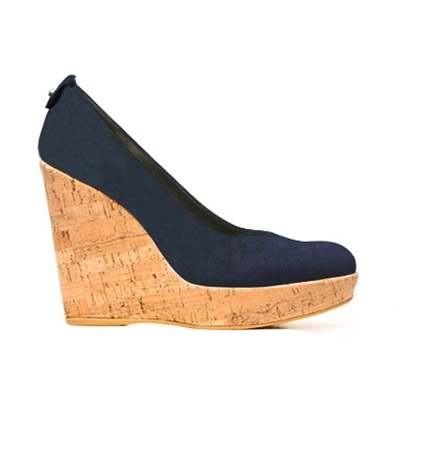 The Stuart Weitzman Corkswoon has a heel of approximately 4.5 inches, a 1.25 inch platform and a rubber sole. Kate’s blue wedges are made from suede.

It is currently available to buy in a range of colours. Find out more.

We’ve joked a couple of times over on Facebook that Kate’s now got a standard ‘sports game event’ uniform, of a blue blazer and blue jeans, worn with the Corkswoon wedges.  This outfit is similar to previous ensembles worn by the Duchess, back in 2012 for the Olympics and again in 2013 for the Sports Aid event (see below). 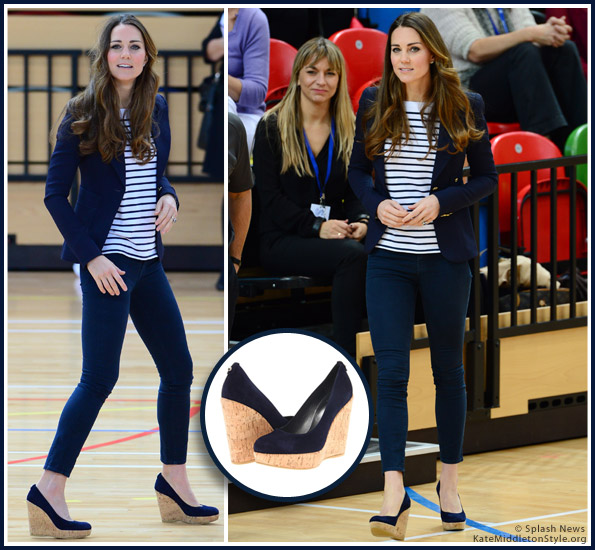