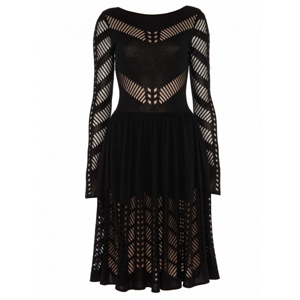 In October 2013, Duchess Kate attended a swanky soiree, held in benefit of Action on Addiction, a charity of which Kate is Patron. The event was a black-tie affair, which meant we got to see Kate in this beautiful dress: the Temperley London Emblem Flare Dress. 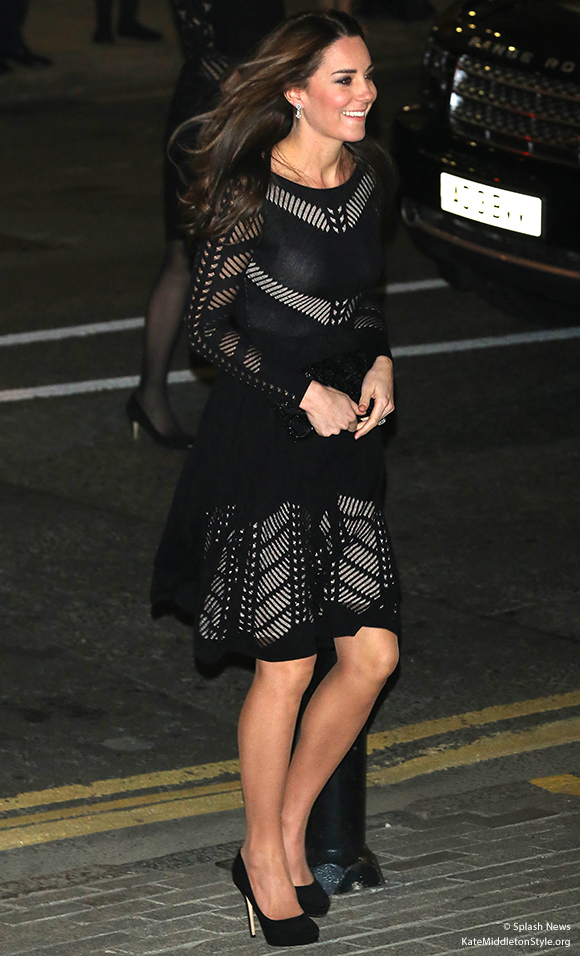 The Temperley London Emblem Flare Dress is from the label’s Pre-Fall 2014 collection.  Apparently, the design was inspired by stained glass ironwork and woven from a lightweight cotton-blend yarn.

The long-sleeved dress features a slashed neckline, a scoop back and delicate cut out panels.

Here’s a closer look at the dress: 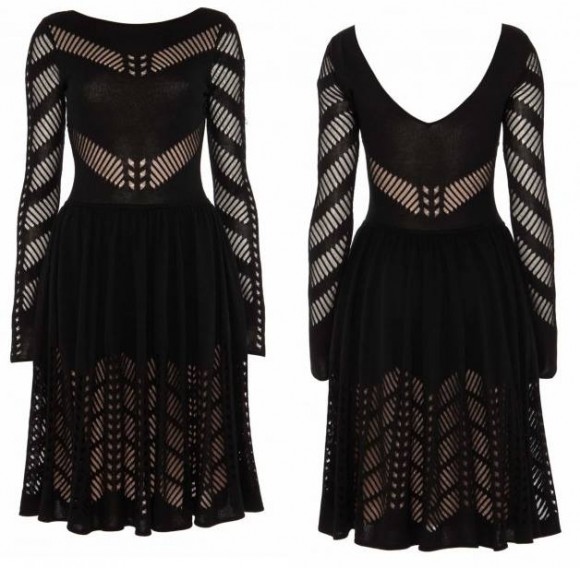 Temperley London describe the piece as having “an edge” but also, they say the design is feminine.

Here’s another look at the dress worn by Temperley London’s model: 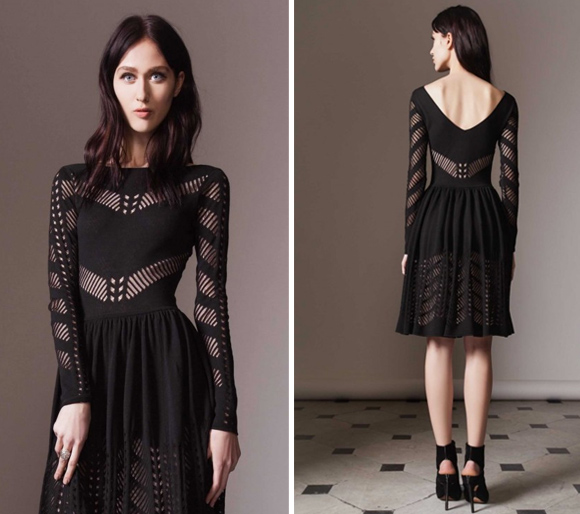 The Temperley London Emblem Flare Dress on the label’s model