She debuted the camel coloured bandage dress during a meeting with President Obama and the First Lady in 2011. The Reiss Shola dress made headlines around the world after The Duke and Duchesses’ high-profile meeting with the Obamas.

At the time of the Obama meeting, the media noted that while Michelle Obama and Samantha Cameron looked wonderful in their dresses by high-end fashion designers, it was Kate’s high street dress that stole the show.  The Duchess looked perfect for less than £200, meanwhile, the President and Prime Ministers’ wives looked wonderful in dresses worth six times more than Kate’s.

About The Reiss Shola Dress:

Reiss described the Shola dress as:

A timeless, figure hugging dress that’s sure to catch an eye.  It has a box neckline, asymmetric overlays on the skirt and a band around the waist.  Shola fastens with a concealed zip at the back.

Here’s a screenshot of the dress on Reiss’ website back in 2011:

Today, the Reiss Shola dress is still one of the Duchess’ most sought after pieces – but sadly, it can only be purchased secondhand from eBay.

The brand only released a run of 1,000 units of the Shola dress before it sold out.  They then re-released a limited run of 600 units as a one-off, due to its popularity, but those quickly sold out too.  Here’s a graphic that was on Reiss’ website in 2011:

According to a spokesperson for Reiss back in May 2011, 20 units of the Shola dress sold online within the first two minutes of Kate’s appearance with the Obamas.  They called the situation “Shola-mania!”  The Reiss Shola dress was so popular when Kate wore it in 2011, that the high street chain’s website crashed as people logged online to buy it.

In September 2011, Reiss decided to re-release the Shola dress with an updated design and in new colours for the change in season.  The dress was called as “Lolla” and it came in blue and red.  Here’s an image I used on the blog, back in 2011:

(This dress is now also sold out)

Kate Middleton has worn Reiss clothing frequently during her time as a working Royal. She has worn a number of pieces from the British brand over the last few years. She famously chose the Reiss ‘Nanette’ dress for her engagement portrait with Prince William (below) and then again during the Canada tour in 2011.

She wore Reiss’s white ‘Peacock’ dress to the Epsom Derby in 2011 and the ‘Angel’ coat at Christmas in the same year. 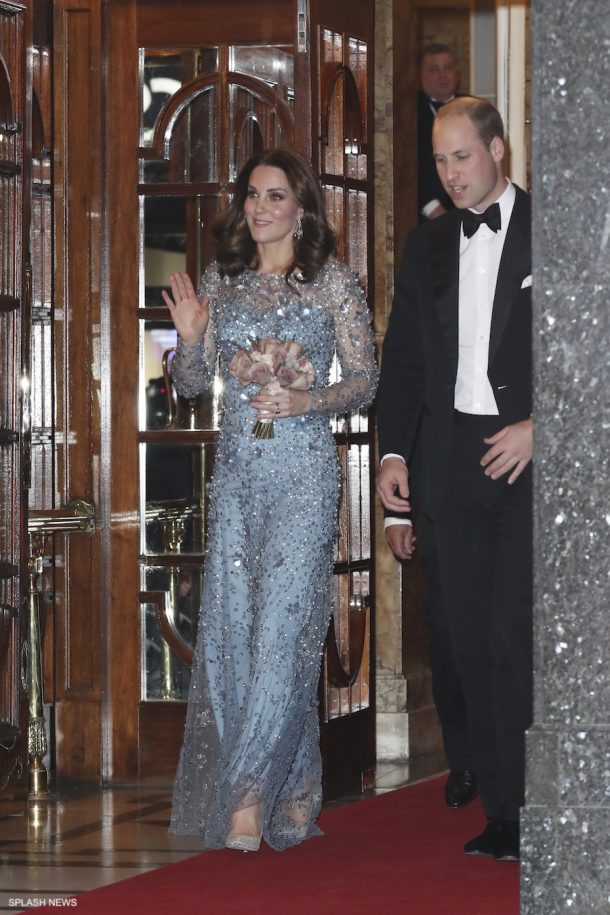