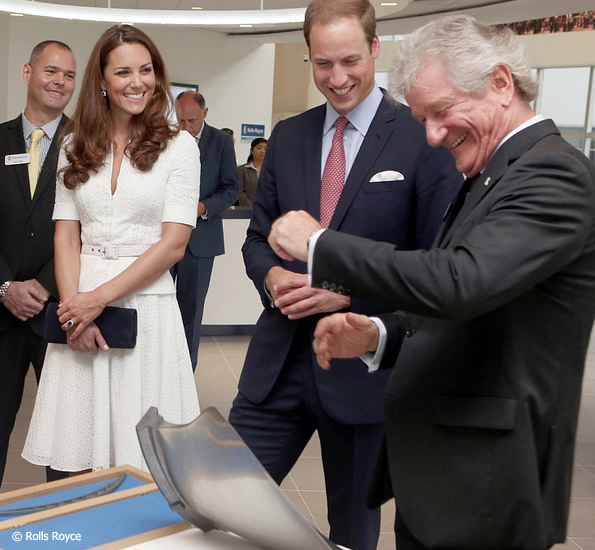 On day two of the 2012 Jubilee Tour the Duke and Duchess of Cambridge visited Singapore’s Gardens by the Bay project, known as the “horticultural sanctuary in the heart of the city”. 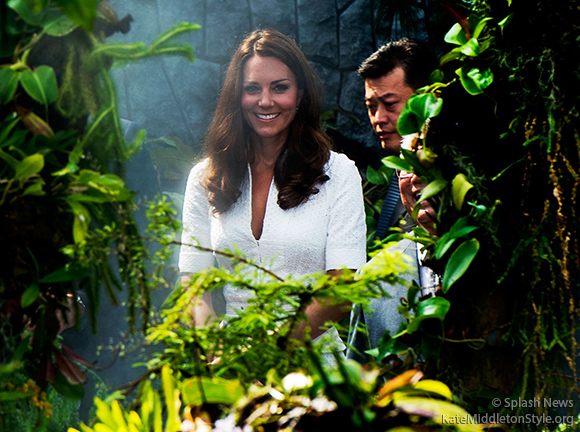 The Duchess of Cambridge at the Rain Mountain in the Gardens by the Bay, Singapore, on the second day of the Diamond Jubilee Tour of South East Asia

The project is a huge park spanning over 250 acres of reclaimed land in central Singapore. The Singapore government financed this project with the aim to transform Singapore into a “City in a Garden.”  The hope is to enhance quality of life by improving the flora and fauna in the city.

Here we can see a couple of images of Kate near the exotic plants and trees in the background: 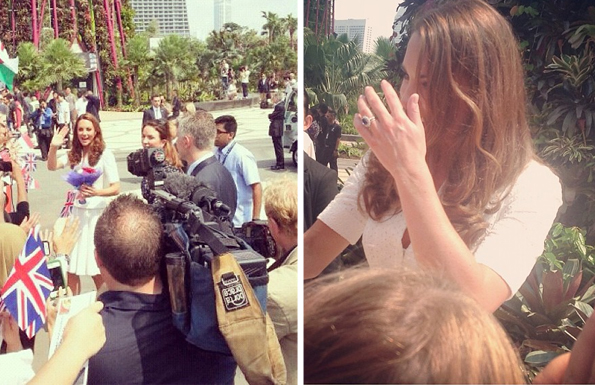 After touring the park, the royal couple met and greeted Singaporeans on a public walkabout, during which the couple were faced with many tough questions from youngsters. 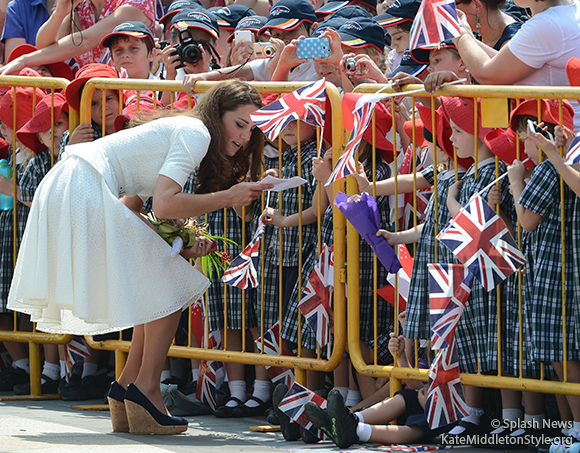 The Duchess of Cambridge during a walkabout after visiting the Gardens by the Bay, Singapore.

One little boy asked William if he’d like a big family.  William revealed hat he would like two children. Meanwhile, Kate struggled to think of which power she might like if she were a superhero.  After William said “invisibility”, Kate chose that too, theorising that if she didn’t, William might sneak up on her.

After touring the Gardens by the Bay project, William and Kate toured the Rolls Royce plant in Seletar. The plant was opened earlier this year after an investment of over S$700 million by British firm Rolls Royce. When fully operational, the plant will create 500 new jobs in the region.

While in the Rolls Royce factory, both Will and Kate tested the multi-million pound engines for a test spin. Apparently, William joked with Kate and said “try not to break any engines.”

At the plant William gave a speech and Kate was given the task of fitting fan blades to a Trent 900 engine. According to The London Evening Standard, Kate looked pleased with her efforts, pumping the air with her fist when she finished and everything worked correctly.

Both William and Kate also wore a pair of Googles in the factory, as you can see in this image from Rolls Royce. 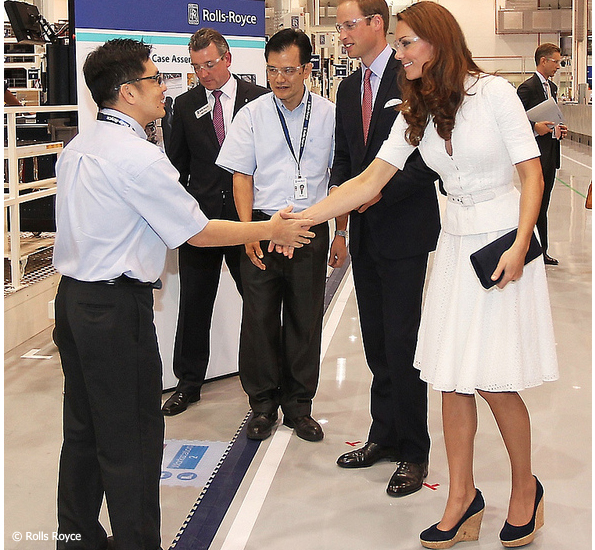 In the hot, humid and sticky heat of Singapore, Kate sensibly opted for a cool, airy skirt suit from British designer Alexander McQueen. 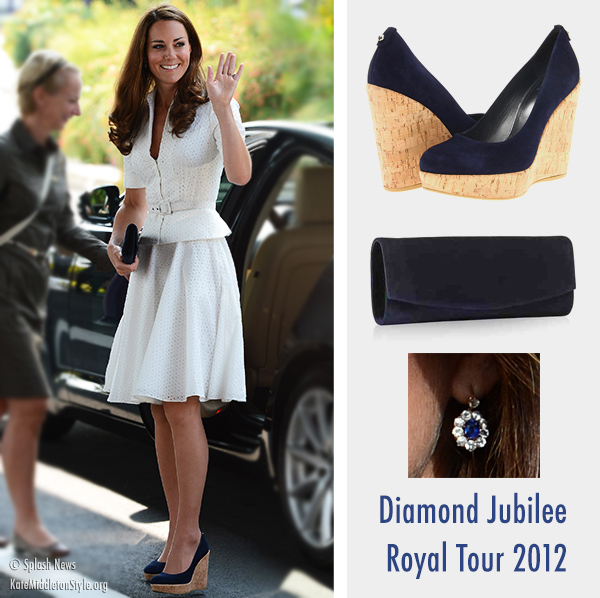 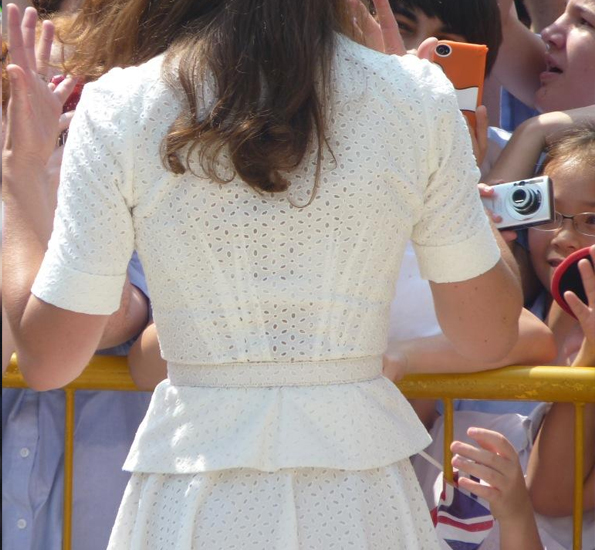 With the outfit, Kate wore her navy blue Corkswoon wedges from Stuart Weizman, which we believe Kate purchased at Russell and Bromley.   She also carried a matching blue suede clutch bag, also from Russell and Bromley, called the ‘Muse.’

In addition, Kate wore her diamond and sapphire earrings, which she has worn on a number of occasions previously.  As you can see here, it appears they were part of Princess Diana’s collection, perhaps modified and given as a gift to Kate.