This afternoon, Kensington Palace released two new photos of Princess Charlotte to mark her turning six months old. The pictures, which feature Princess Charlotte wearing a cute pink outfit, were taken by Kate on her Canon EOS 52 Mark II digital Camera, according to the Mirror. According to Kensington Palace, the photographs were taken by Kate in early November, at their home in ... END_OF_DOCUMENT_TOKEN_TO_BE_REPLACED

20th November 2015—The Duke and Duchess of Cambridge (William and Kate) carried out a number of engagements in North Wales. William and Kate lived in Anglesey in North Wales for a number of years. On the day, Kensington Palace said the couple were "delighted to be returning [to the region]". The couple chose to focus on the mental health of young people and homelessness, visiting ... END_OF_DOCUMENT_TOKEN_TO_BE_REPLACED

Yesterday afternoon (17th November 2015), William and Kate visited the French Embassy in Knightsbridge, London, to sign the book of condolence.  The royal couple paid tribute to the victims of the terrorist attacks in Paris last week. View image | gettyimages.com According to The Daily Mail's Rebecca English, the royal couple have described the ‪#‎ParisAttacks‬ as as 'heartless' and ... END_OF_DOCUMENT_TOKEN_TO_BE_REPLACED

On Tuesday 17th November 2015, the Duchess of Cambridge joined British TV presenter Holly Willoughby at the Fostering Excellence Awards. The awards honour those involved in supporting foster care in the UK, plus, they recognise and celebrate outstanding achievements. The Fostering Network laid on a tea party before the awards ceremony. Kate spent time chatting with ... END_OF_DOCUMENT_TOKEN_TO_BE_REPLACED

This afternoon, Kensington Palace announced that William and Kate will visit India next spring.  The details are sparse, but we do know George and Charlotte will not be joining their parents for the trip.  Instead, the children will stay home with their nanny and grandparents Michael and Carole Middleton.  We’ll find out further details in the New Year. Press release via Sky News’ Kay ... END_OF_DOCUMENT_TOKEN_TO_BE_REPLACED

A few tidbits of news to share with you today.   First up, Kensington Palace have announced that the Duchess of Cambridge will attend the Place2Be Headteacher Conference in London next Wednesday (18th November).  The Duchess is Royal Patron of the charity and attended their first ever Wellbeing in Schools awards in 2014. As previously announced, Kate will attend The Fostering ... END_OF_DOCUMENT_TOKEN_TO_BE_REPLACED

This morning, the Duchess of Cambridge joined prominent figures of the British Royal Family (plus Queen Maxima of the Netherlands) at the National Service of Remembrance in Whitehall, London. The ceremony, which is led by the Queen, is held to honour and remember those who have died since the First World War serving our country. A little more about the ceremony from the BBC ... END_OF_DOCUMENT_TOKEN_TO_BE_REPLACED

Saturday, 7th of November 2015—the Duke and Duchess of Cambridge attended the Royal British Legion’s Festival of Remembrance at The Royal Albert Hall in London. The royal couple joined Her Majesty the Queen, Prince Philip, the Earl and Countess of Wessex, the Duke of Kent, the Duke and Duchess of Gloucester, Princess Royal and Vice Admiral Sir Tim Laurence, Prince and Princess Michael of Kent ... END_OF_DOCUMENT_TOKEN_TO_BE_REPLACED 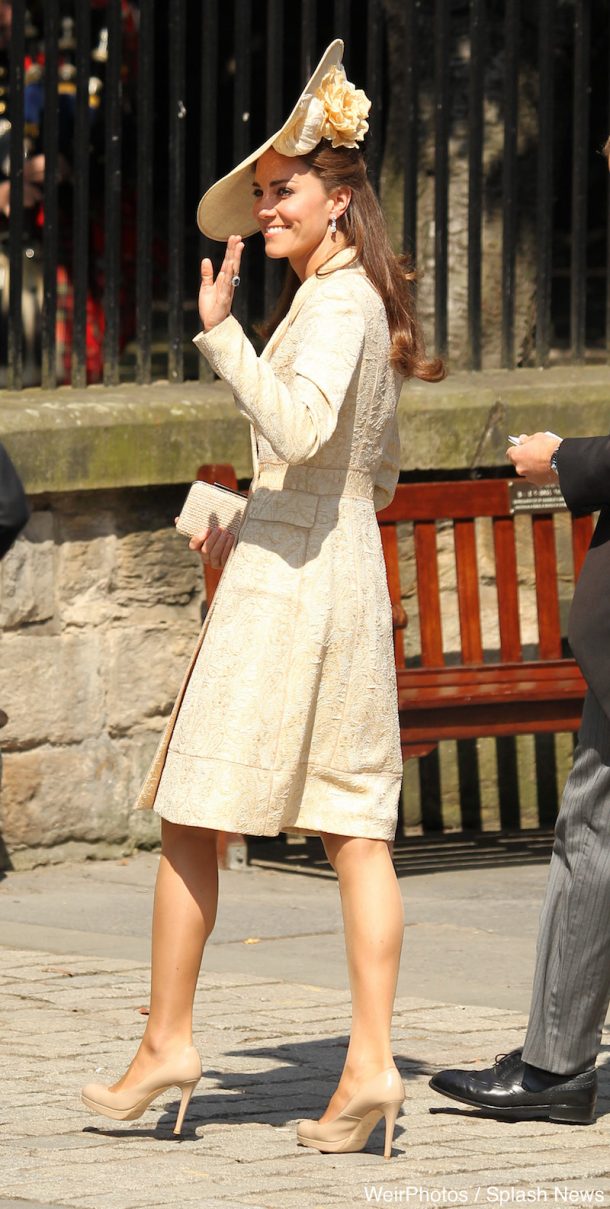