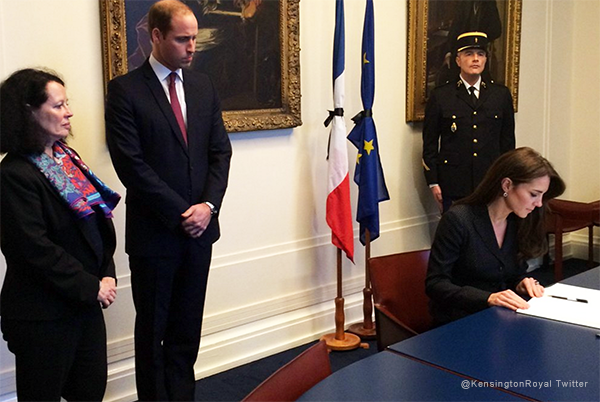 Yesterday afternoon (17th November 2015), William and Kate visited the French Embassy in Knightsbridge, London, to sign the book of condolence.  The royal couple paid tribute to the victims of the terrorist attacks in Paris last week.

According to The Daily Mail’s Rebecca English, the royal couple have described the ‪#‎ParisAttacks‬ as as ‘heartless’ and ‘truly dreadful.’

Here’s what William wrote in the book:

“To all those who have died and were injured in the heartless attacks in Paris, and to all the people in France: Nos plus sincères condoléances”.

The French portion of that phrase translates as ‘our sincerest condolences’.

William stands nearby as Kate signs her name:

You may recognise Kate’s suit. It’s black with a small white polka dot pattern. The Duchess has owned it for nearly a decade.  She first wore it publicly in 2007 during a visit to Dublin, for the opening of Gemma Williamson’s art exhibition at the city’s Urban Retreat Gallery.  She wore it again to the 2008 Order of the Garter service, pictured below:

The Duchess wore the suit in public for a third time in 2013 during a visit to South Africa House to sign the Nelson Mandela book of condolence.  We do not know which designer or brand the suit is from, it has never been identified.

You can watch a video of the royal couple signing the book of condolence below: 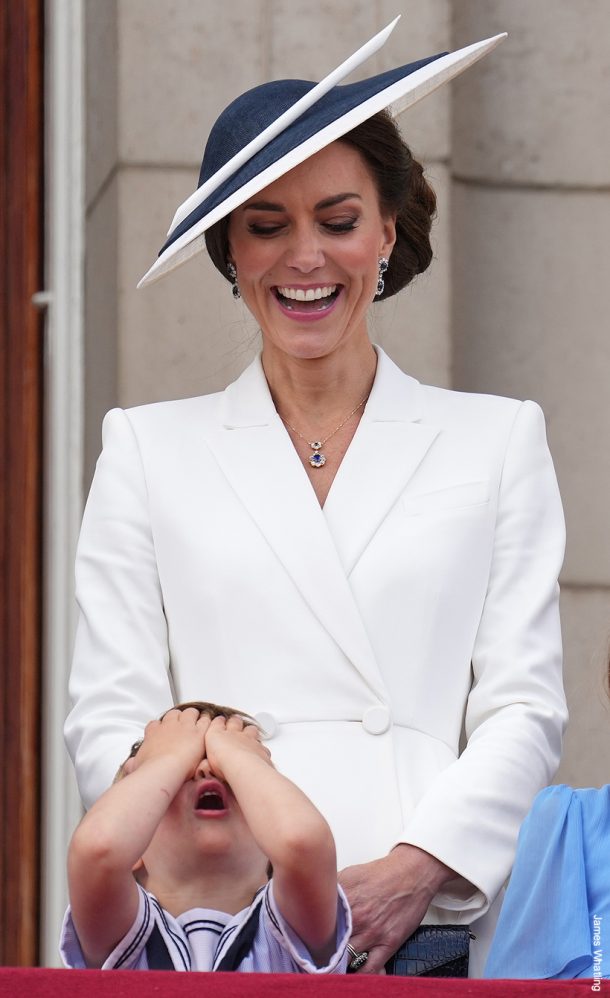 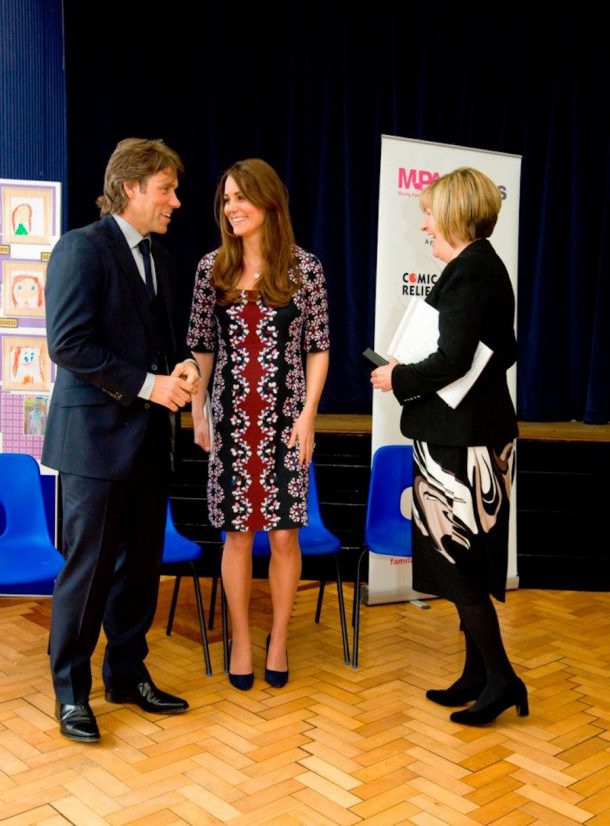