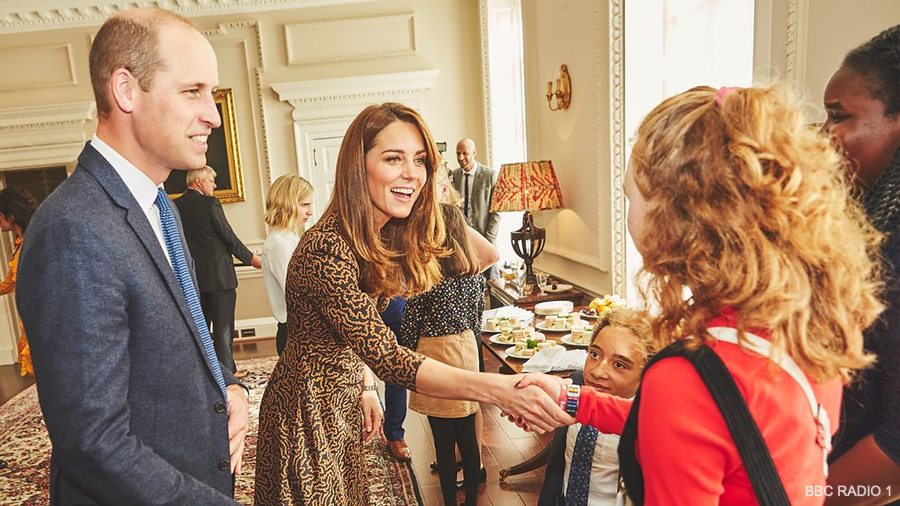 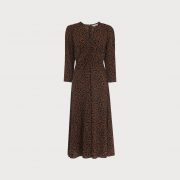 The awards celebrate and give recognition to undiscovered teens who’ve inspired others, shown courage and bravery, made a difference in their community, have overcome a difficult time or who are ambassadors for good things.

Now in its tenth year, Radio 1’s Teen Awards is the biggest teen event in the pop music calendar and shines a light on some of the UK’s most inspirational teens, seeing them crowned Teen Heroes of 2019 in front of an audience of 14-17 year-olds.

William and Kate shared photos from the meeting on their official Twitter account this morning as the three winners were announced:  Hazel, Rachel and Scarlett.

Hazel has made a film raising awareness of a rare genetic disorder that she lives with.  The 12-year-old has also given talks in her local area and raised £2,000 for the charity that supported her.

Rachael, age 17, campaigns for change and better futures for young people in the UK.  The teenager volunteers for her local youth council, is a member of the UK Youth Parliament, has worn a Diana Award for her work towards cyberbullying and is chair of the UK Youth Select Committee.

14-year-old Scarlett is a young carer to her mother, older sister and grandmother while living with an incurable nerve condition and autism.

You can read more about the winners and the other seven finalists on the BBC’s website, here.

The Royal couple met with the Teen Heroes last year and in 2017 too.

It’s the company’s Gabrielle midi dress (£395).  Made from a stretch silk fabric, the piece features a toffee coloured archive coral motif printed on a black background.

Inspired by 1930s style, the dress features exaggerated shoulders, ruching through the front and a floaty skirt.

It’d difficult to identify Kate’s accessories from the limited photos, but I believe she’s wearing her Asprey London Oak Leaf hoop earrings. The Duchess has worn the earrings regularly over the last few months.

The small hoop earrings feature intertwined oak leaves surrounded by pavé diamonds.  They’re made from 18ct gold and can be purchased from the designer’s website for £5,500 GBP or $6,450 USD.

I’m not sure about her shoes. They could be the Gianvito Rossi 105 pumps in black suede, though the heel looks smaller in the photos? (It could just be the angle?)

She does own Gianvito Rossi’s ’85’ style in two other colours, nude and olive green. Those shoes feature a shorter heel. Maybe she owns a third pair in black? Or perhaps they’re another shoe entirely.

Kate finished off the outfit with her Cartier watch.