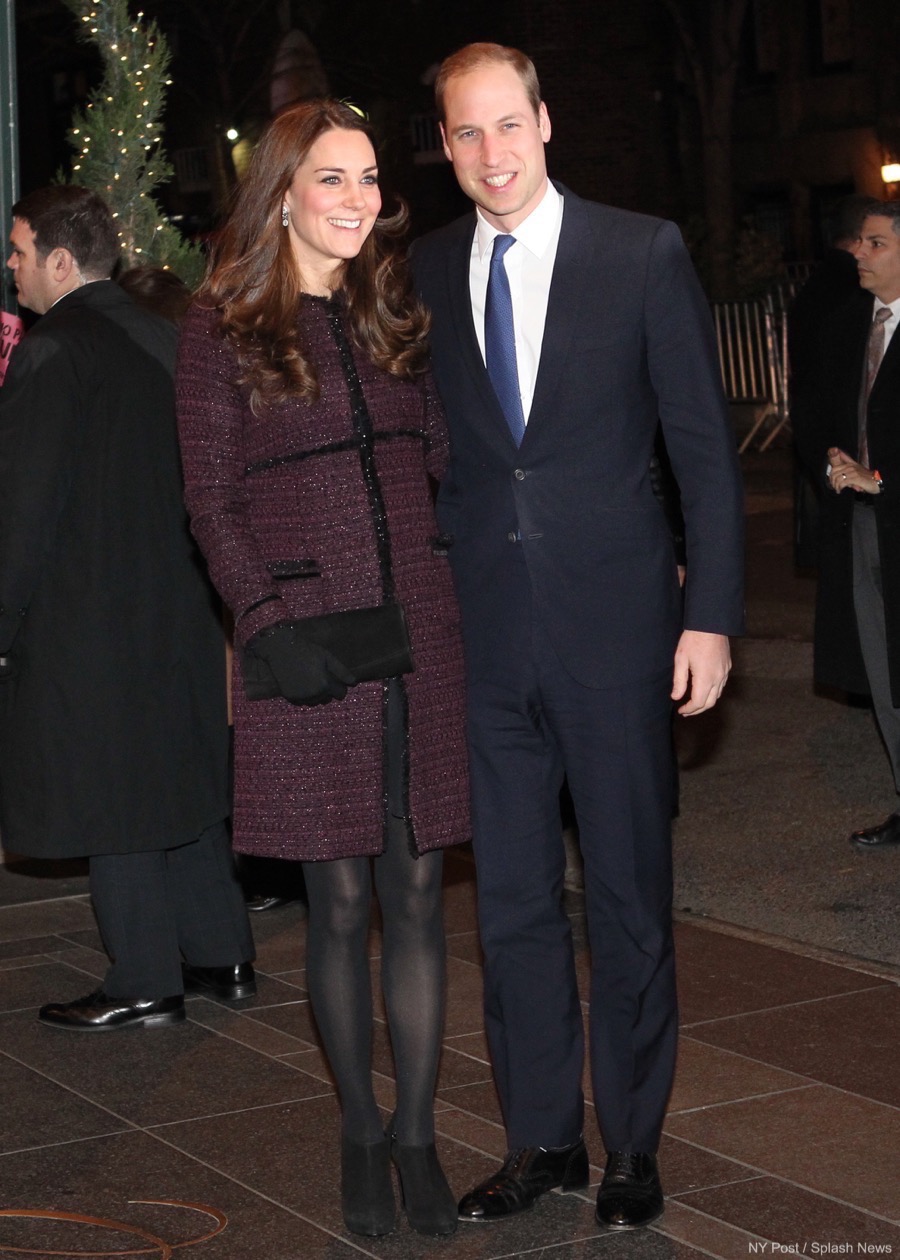 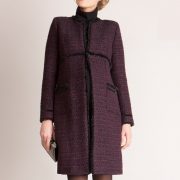 On Sunday 7th December 2014, William and Kate landed in New York ahead of a 48-hour visit to the United States.  The couple visited the country to carry out a programme of engagements on behalf of their charity, The Royal Foundation.

Kate, who was five-months pregnant, arrived at the Carlyle hotel in New York City wearing a beautiful plum purple coat by Seraphine Maternity. It’s known as the “Marina” style. 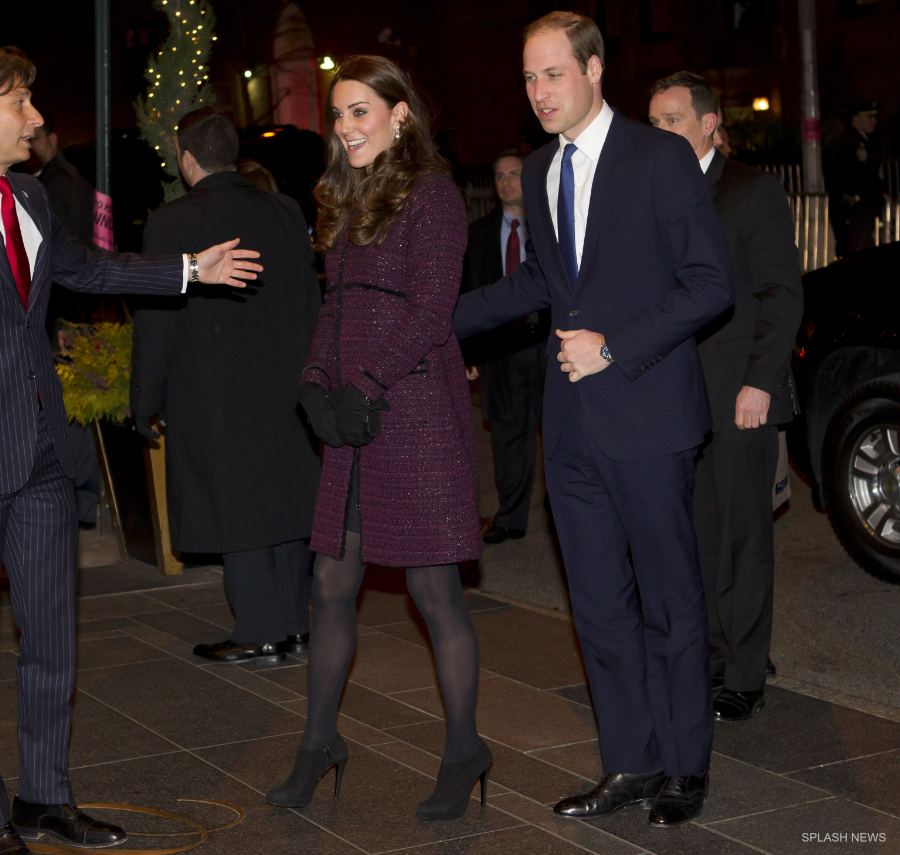 At the time, Seraphine confirmed the coat was a bespoke piece “created exclusively for the Duchess”, however, today, anybody can purchase the coat.  (Correct as of September 2017). 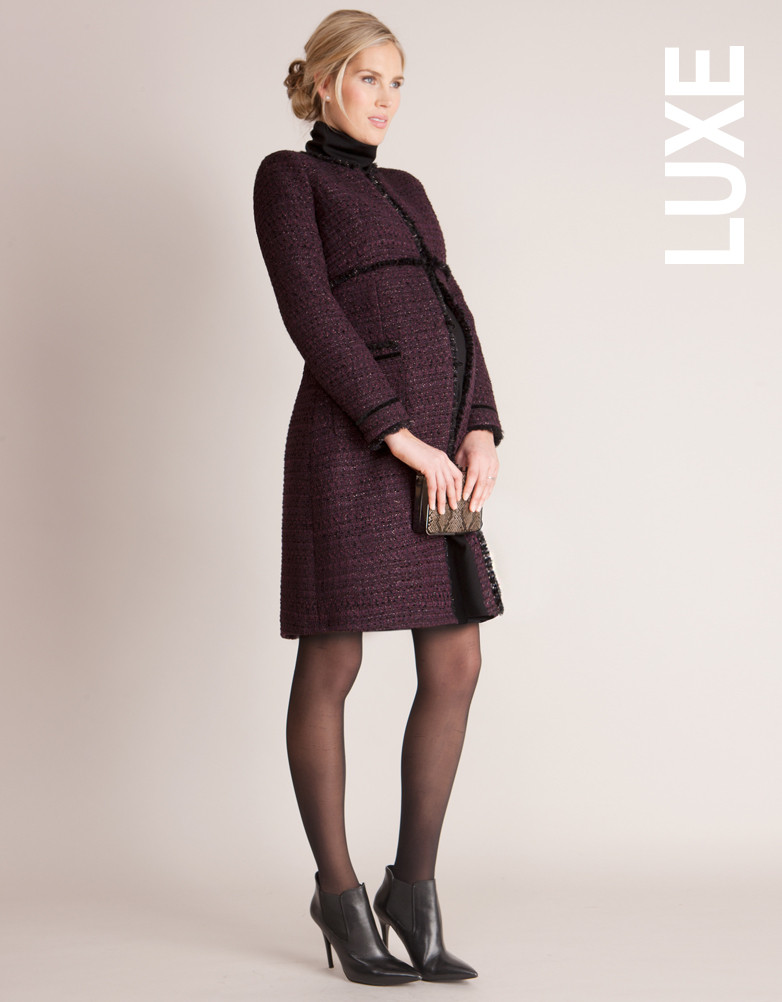 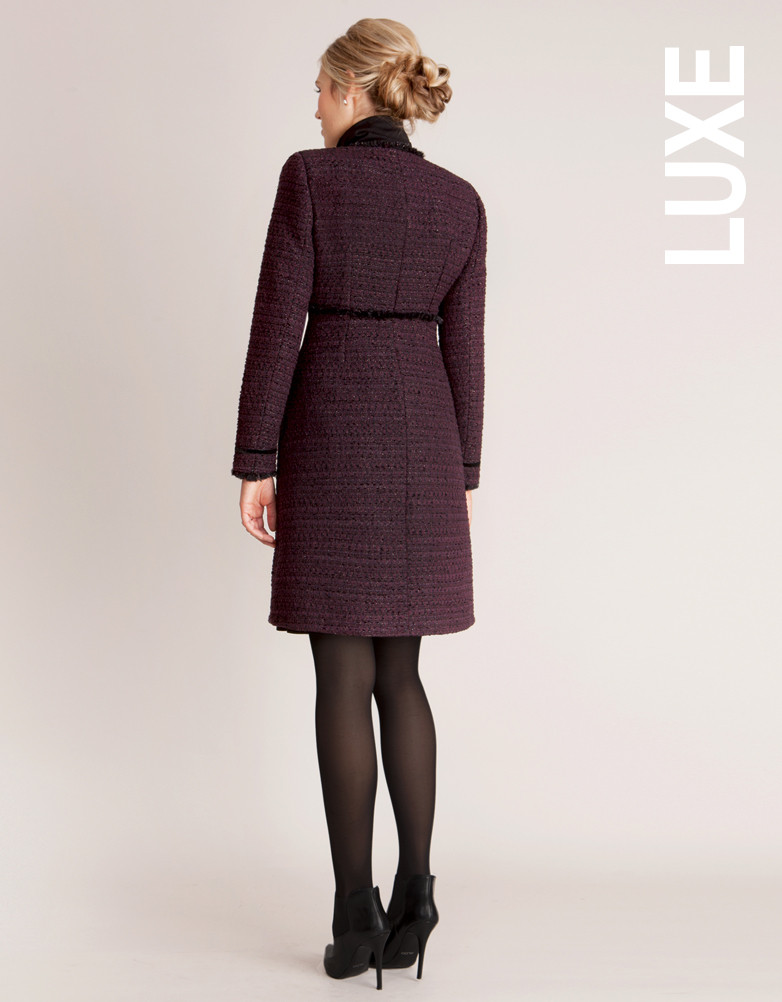 The coat is part of Seraphine’s Luxe collection, which the company designed for special occasions.  It costs £275 / $495.  It’s made from a wool tweed bouclé fabric and features a “touch of sparkle”, which comes from the subtle silver threads used in the fabric.  The collarless coat has an empire line silhouette and features a frayed trim and black velvet ribbon detailing. 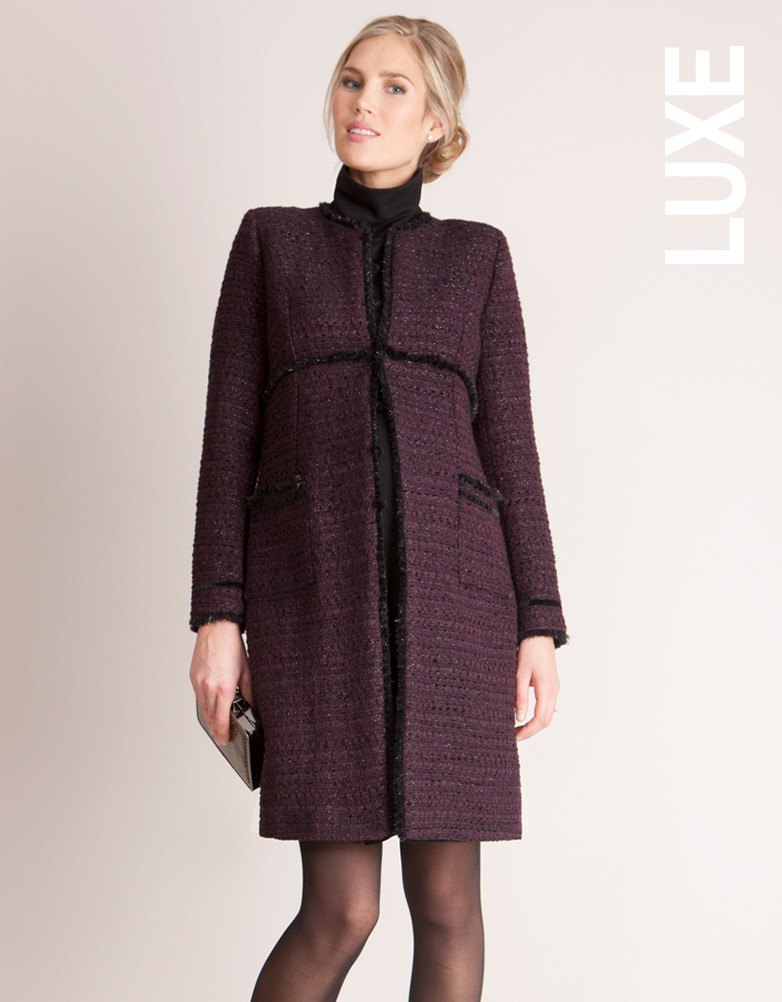 Kate carried her Stuart Wetizman “Muse” or “Raz” clutch bag (it’s known as both style names) in black suede.   Below, I show it in blue: 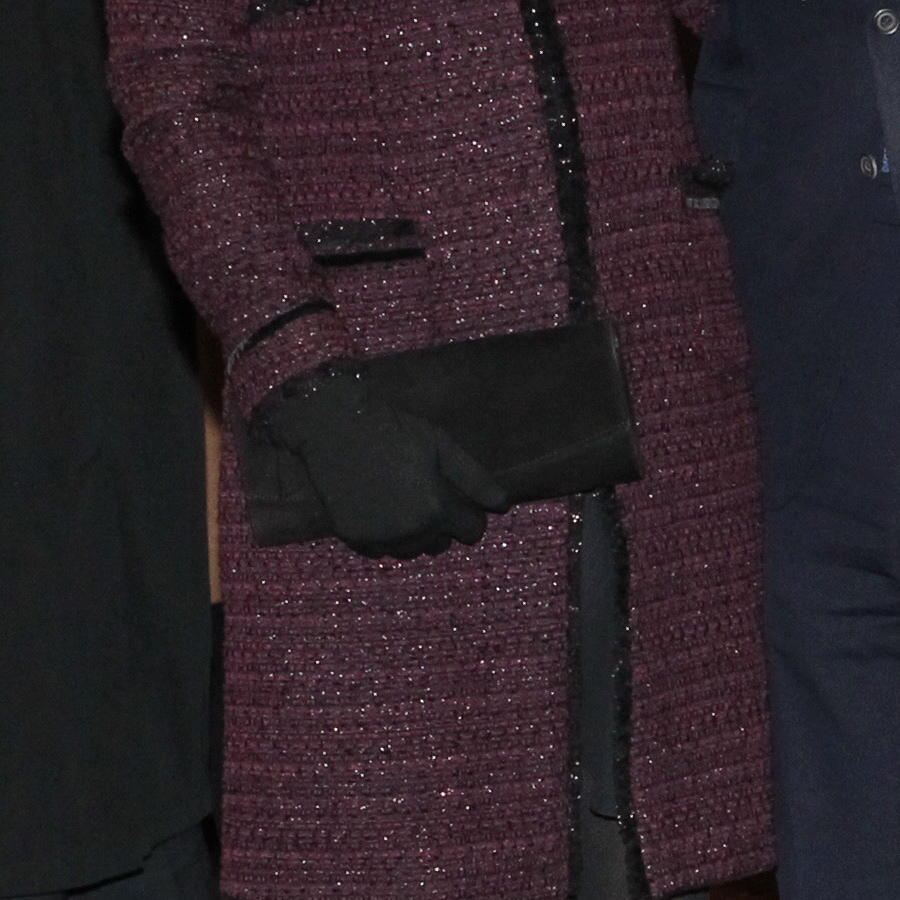 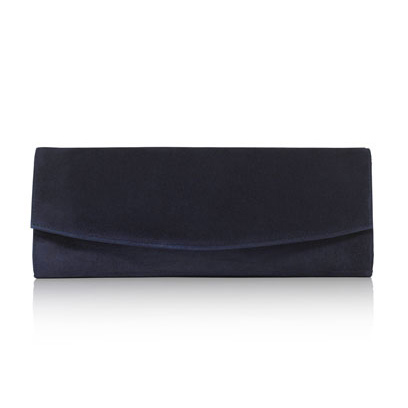 Kate wore her black suede “shooties” (shoe booties). They’re currently a mystery to us Kate fans – we’re not sure which company designed them.  We do know that the Duchess has worn the booties once or twice in the past, and they could possibly date back to 2009. 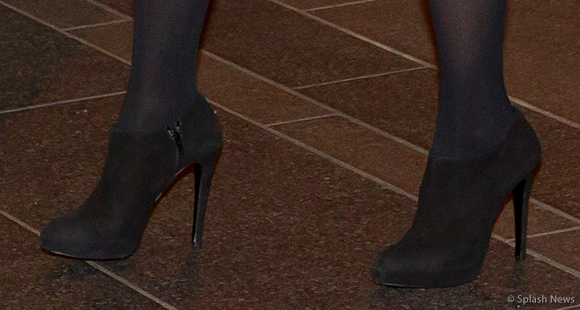 Kate added a little bling to her outfit with a pair of diamond earrings – the pair first debuted during the 2011 Canada tour, at the Canada Day concert. 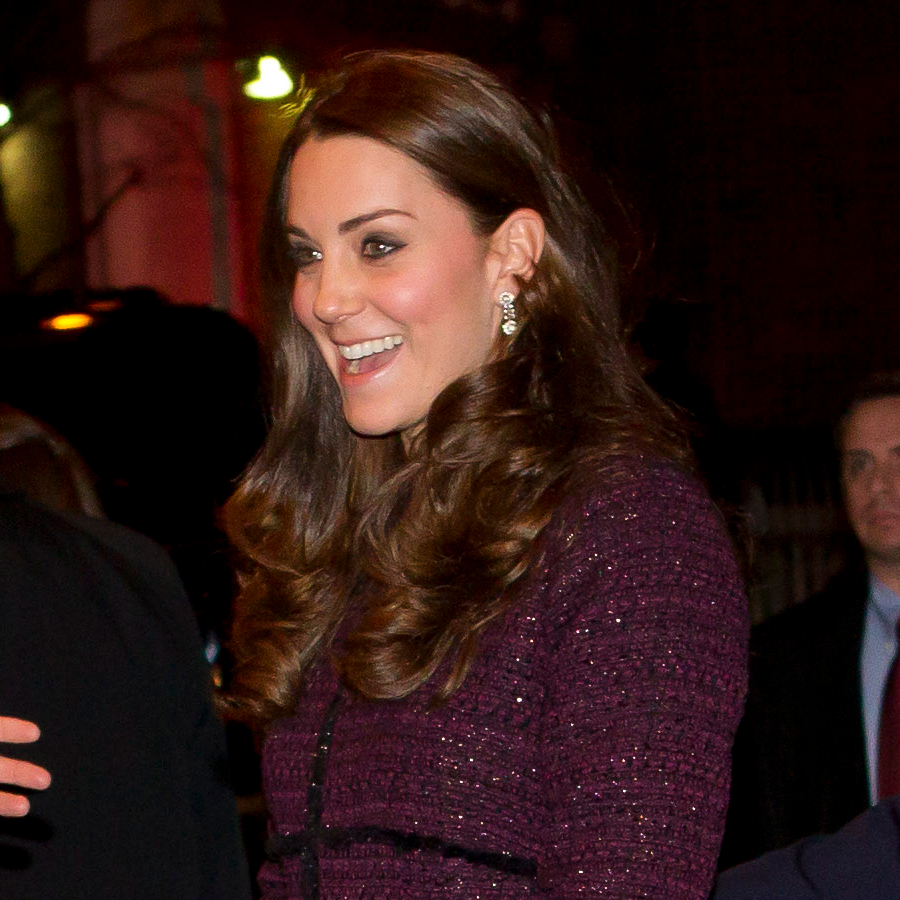 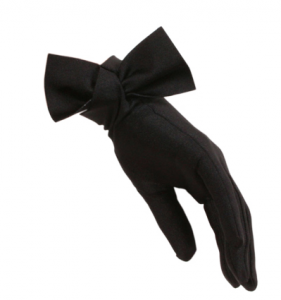