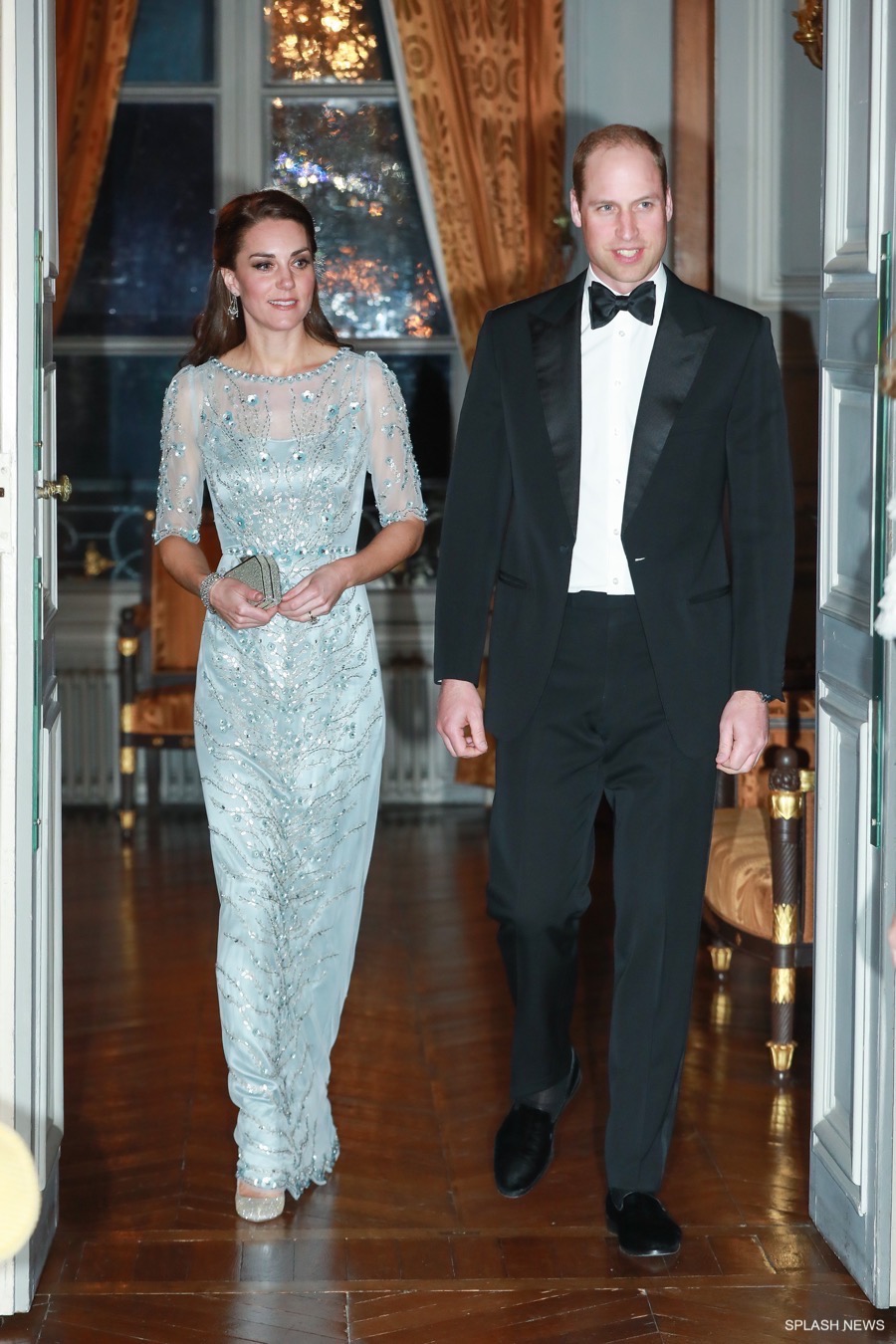 On the 17th March 2017, William and Kate attended a glittering black tie gala dinner in Paris. 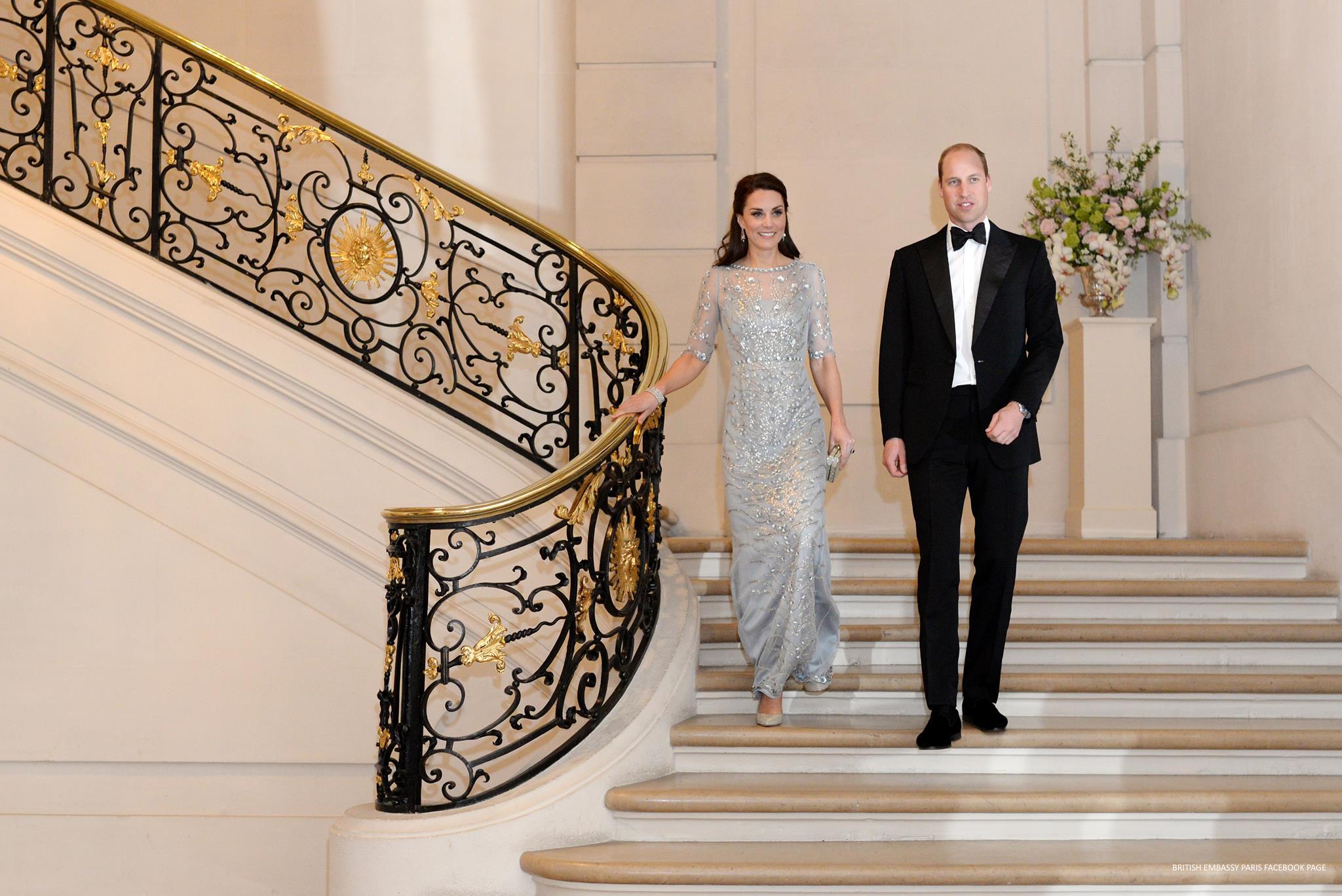 The gala dinner took place at the British Ambassador’s Residence in Paris, also known as the Hôtel de Charost.

The couple visited the city for two days at the request of the Foreign and Commonwealth Office.  The gala was their third engagement since arriving in the city.  (See all of our Paris coverage here). Prince William gave an address during the evening.  He delivered a message to the British Embassy from the Queen. 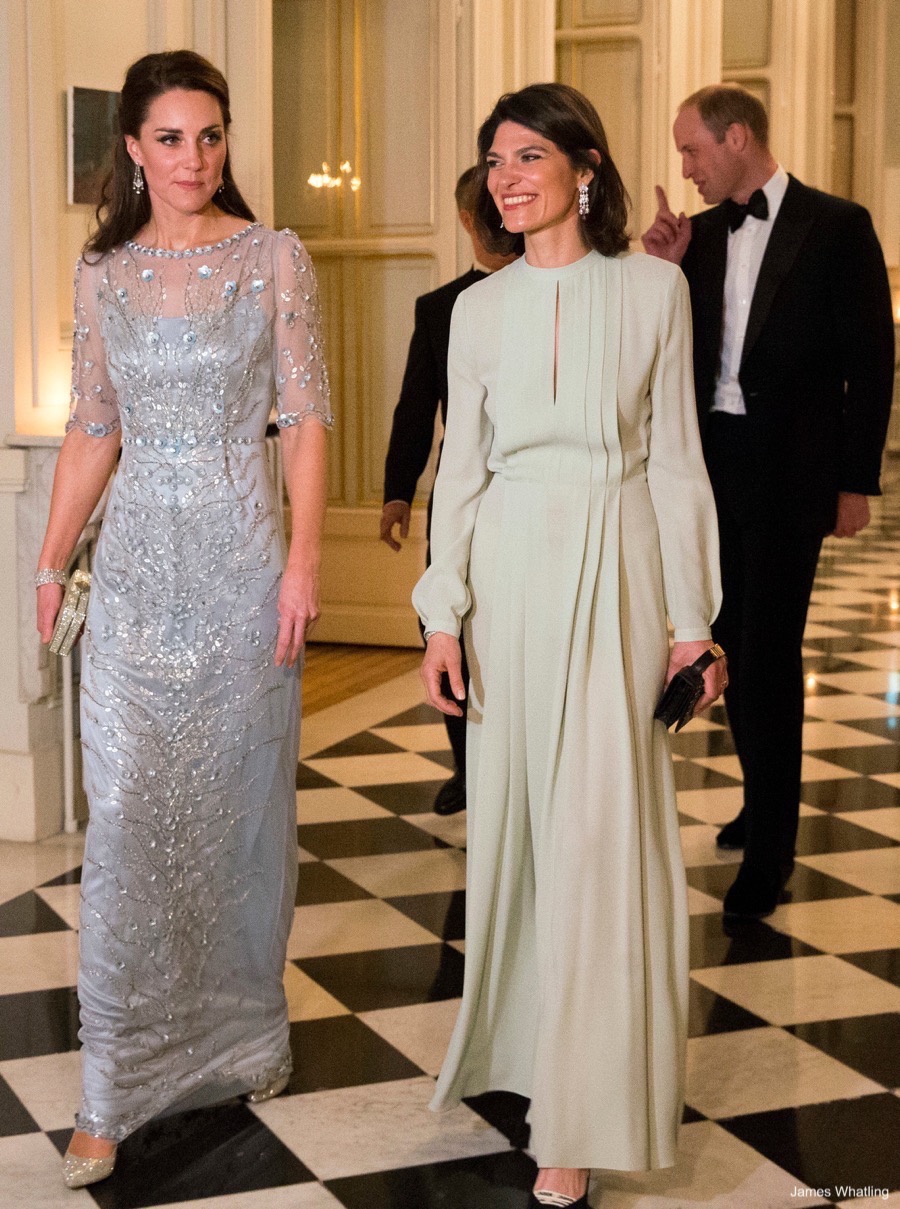 Jenny Packham embellished the dress with crystals, sequins and floral motifs.  Here’s a closer look at the detailing: 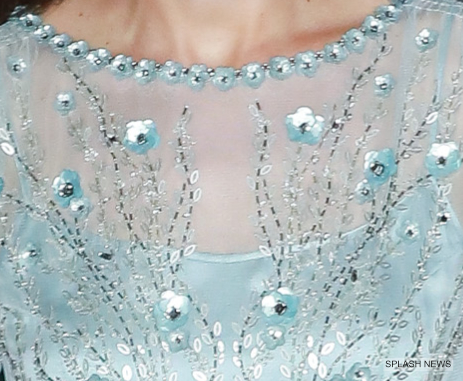 The company described the dress as “dazzling” with a “sheer, flower sequin accent all-over”.  Sadly, the dress is no longer available to purchase online.

However, if you’d like to copy Kate’s style, Hobbs London have a good “repliKate”.  I’m thinking it’d be ideal for the upcoming wedding season, or perfect for summer balls: The dress isn’t blue, it’s a champagne colour.  It’s sleeveless too, unlike Kate’s dress. However, the floor length gown does have similar sequin detailing and floral embellishments on the front. Click here for more details.  (Thanks to Sophia for sharing).

Back to Kate’s outfit: she accessorised the Jenny Packham dress with her Oscar de la Renta Lamé Cabrina pumps.  They’re made from a glittering platinum-coloured material. 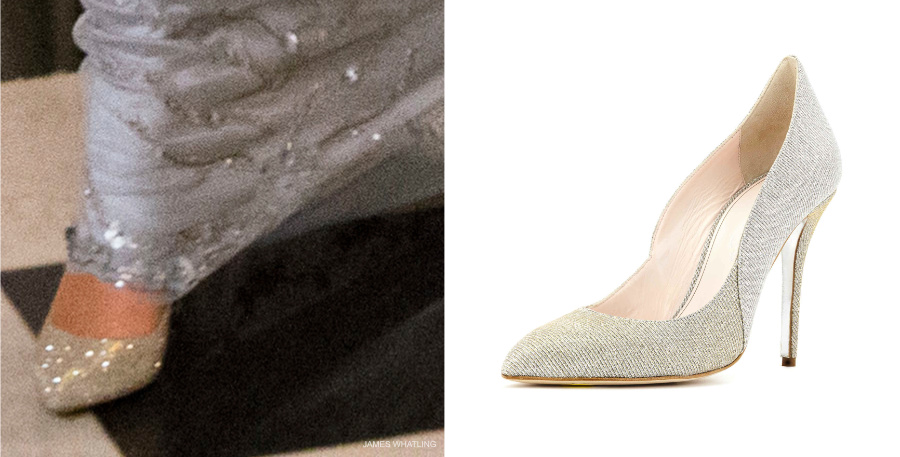 The shoes are made in Italy, with a 100mm heel, a pointed toe, scalloped sides and a raised back.  The shoes can be purchased from Oscar de La Renta’s website for $690 USD / £592 GBP.

Kate first debuted the pointed pumps at the UK-India Year of Culture 2017 event back in February. 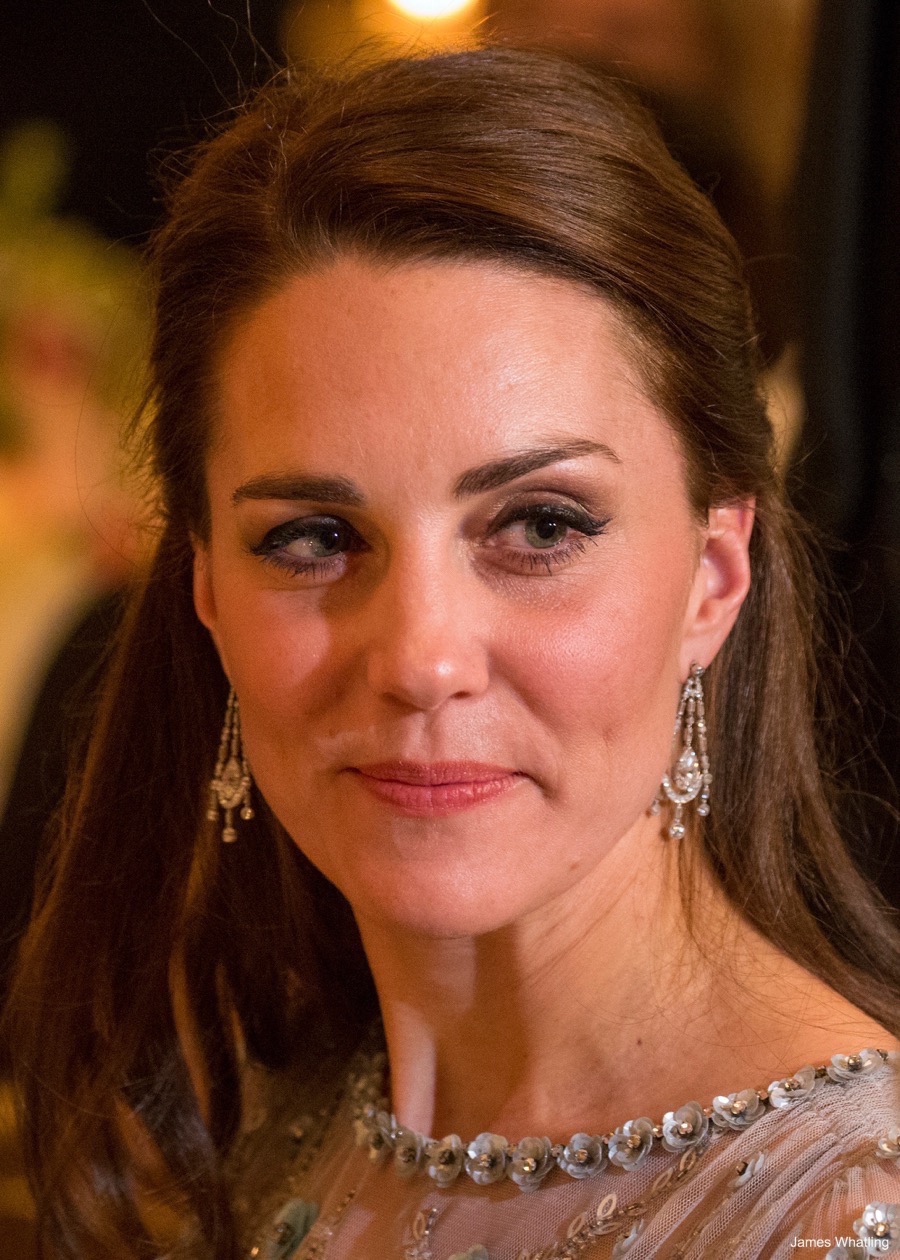 She’s borrowed the earrings on a number of occasions in the past and first debuted them in 2011, during a BAFTA event in Los Angeles.  You can read more about the earrings here.

Kate chose Queen Mary’s diamond bar choker bracelet for the engagement.  You may remember she first debuted this piece at a State Banquet for the Chinese President back in 2015.   You can read more about the bracelet and see better photos here. Kate owns the Casa clutch in two different colours.  She first debuted the silver version back in 2015, for the James Bond ‘Spectre’ premiere.