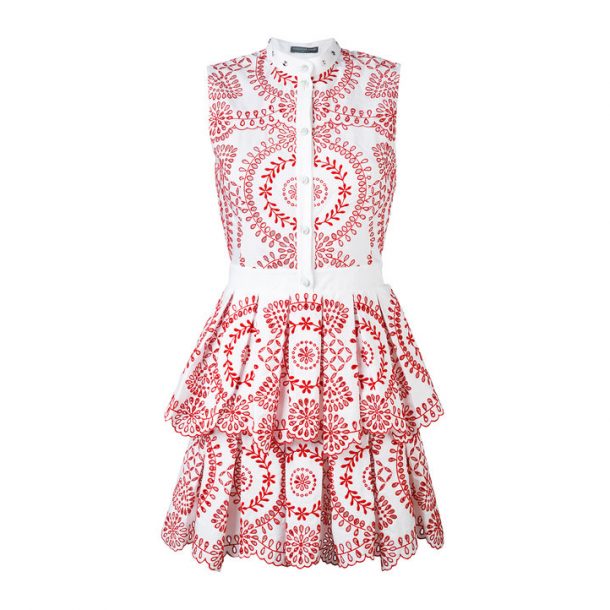 In September 2016, the Duchess of Cambridge (who is still often referred to by her maiden name, Kate Middleton) chose a red and white dress for a visit to Vancouver in Canada.  The tiered dress was by Alexander McQueen. 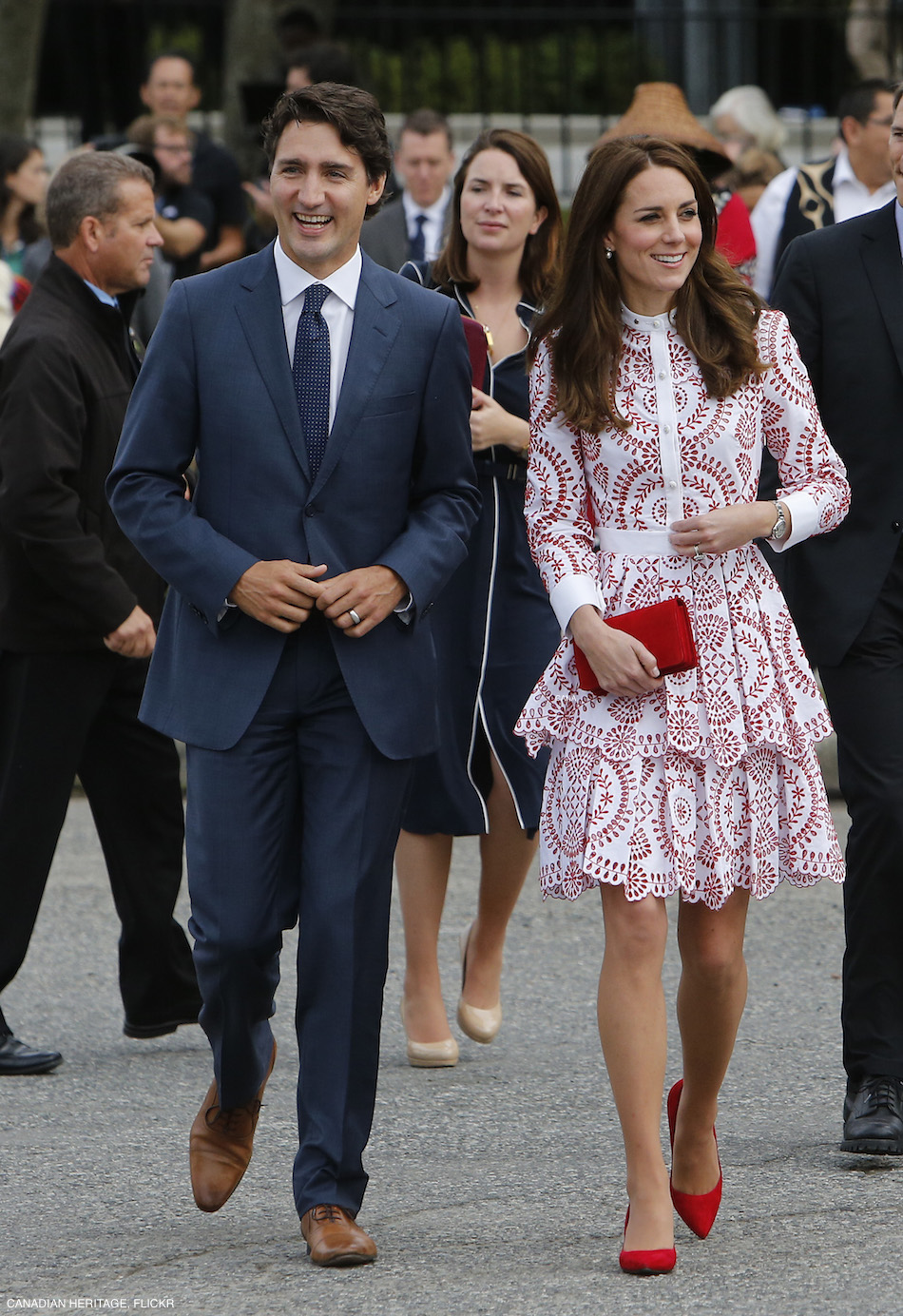 The ensemble appeared to be inspired by the host country’s flag. 🇨🇦

This dress from the resort collection (pictured above) has a shorter skirt and billowed sleeves.  Kate’s bespoke McQueen dress featured a knee-length skirt and slim-fit sleeves with white cuffs. See below: Kate’s bespoke dress does share a number of similar features with the Resort 2017 style too.  They both have tiered layers, button detailing, and a mandarin style collar.

This model (below) wears a slightly different version of the dress, with longer, ruffled sleeves: 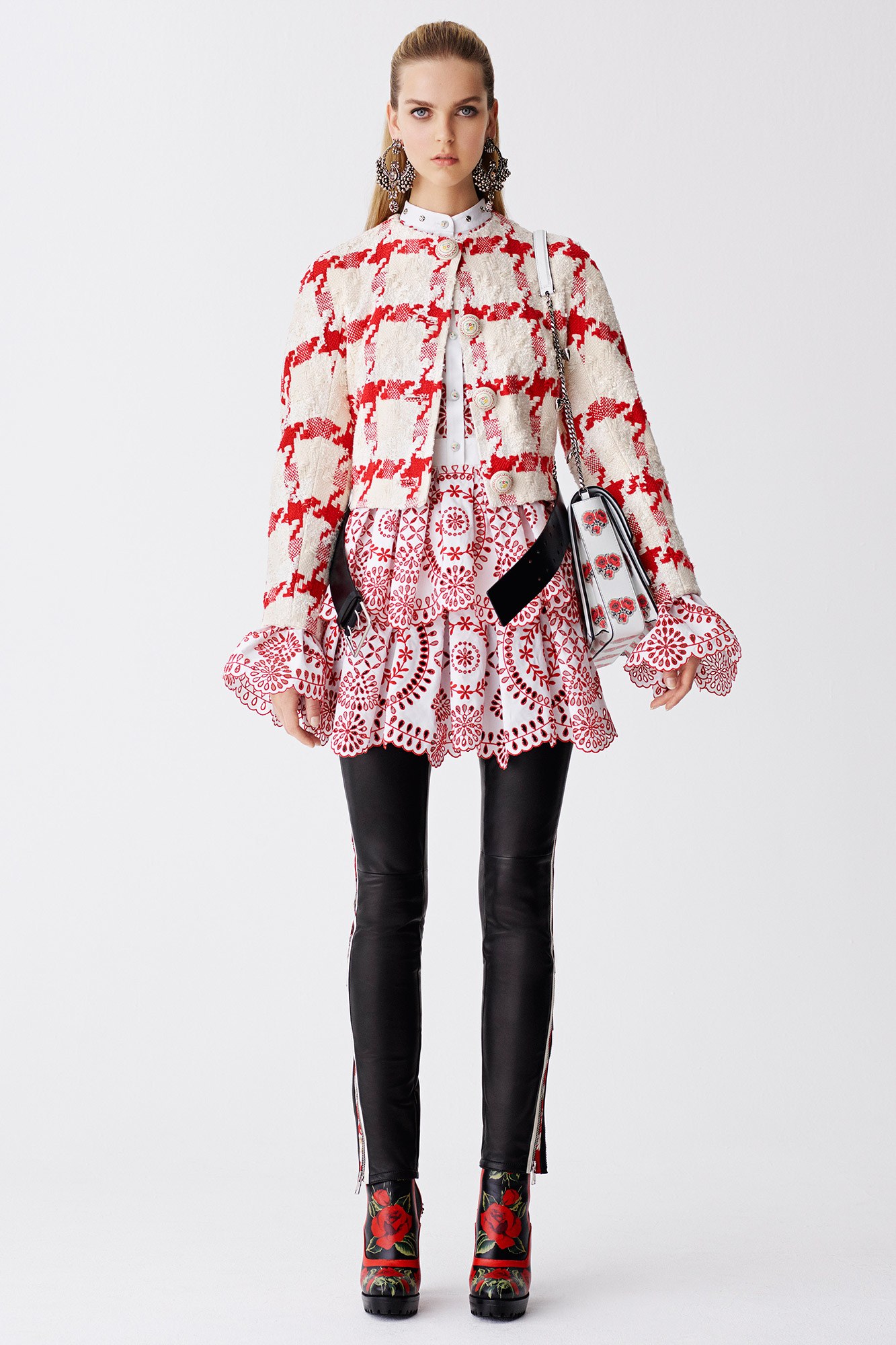 According to the Telegraph, Sarah Burton’s Resort 2017 collection is inspired by “the intricately beautiful floral patterns seen painted on gypsy caravans and canal barges in the British countryside.”

Where to buy Kate’s dress:

Unfortunately, at the time of writing, only the shorter version is available to purchase in black and white.  It can be found on sale at FarFetch.com in limited sizes.  Alternatively, try Alexander McQueen’s website. 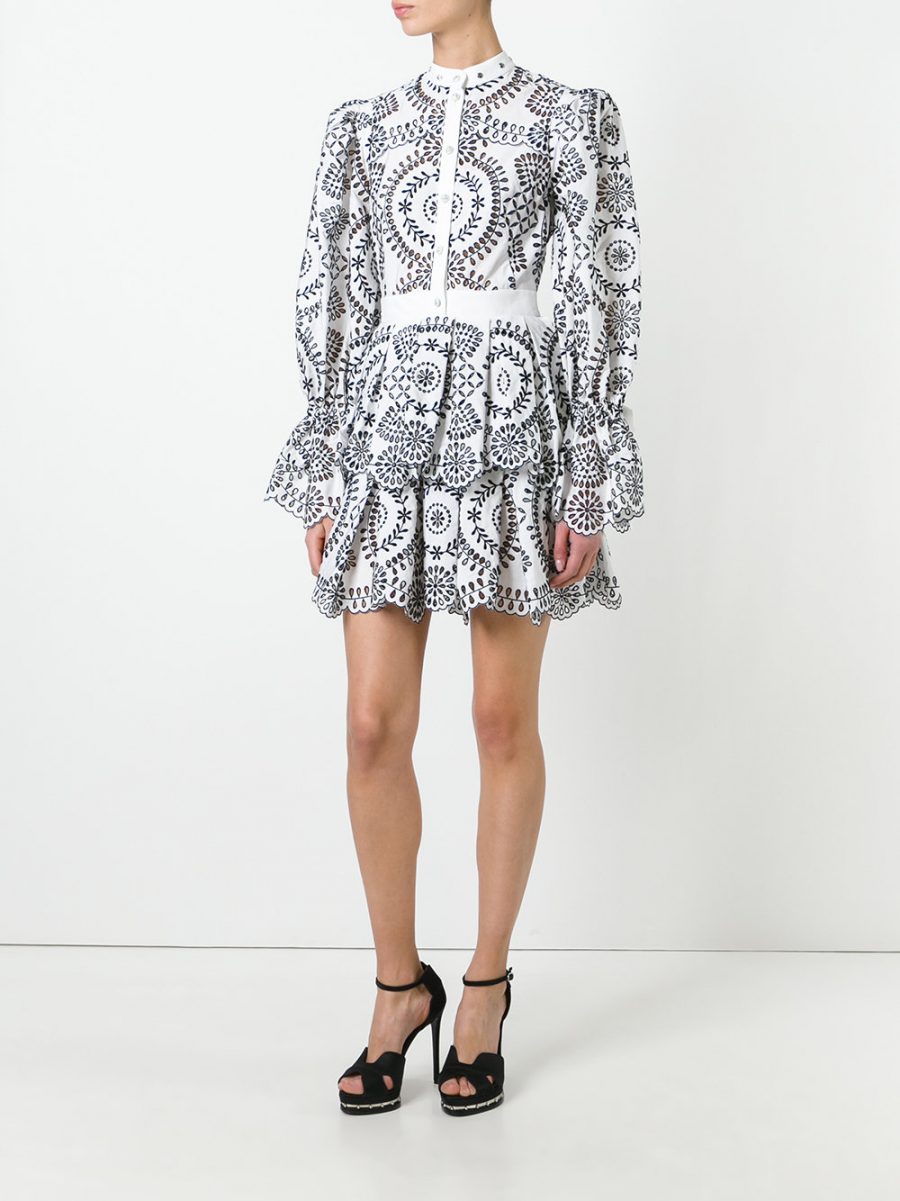 The Duchess of Cambridge regularly wears clothing from Alexander McQueen, especially during Royal Tours. She likes to showcase the best of British design while abroad.  Below, Kate wearing an Alexander McQueen dress in Paris, France during a visit in 2017: 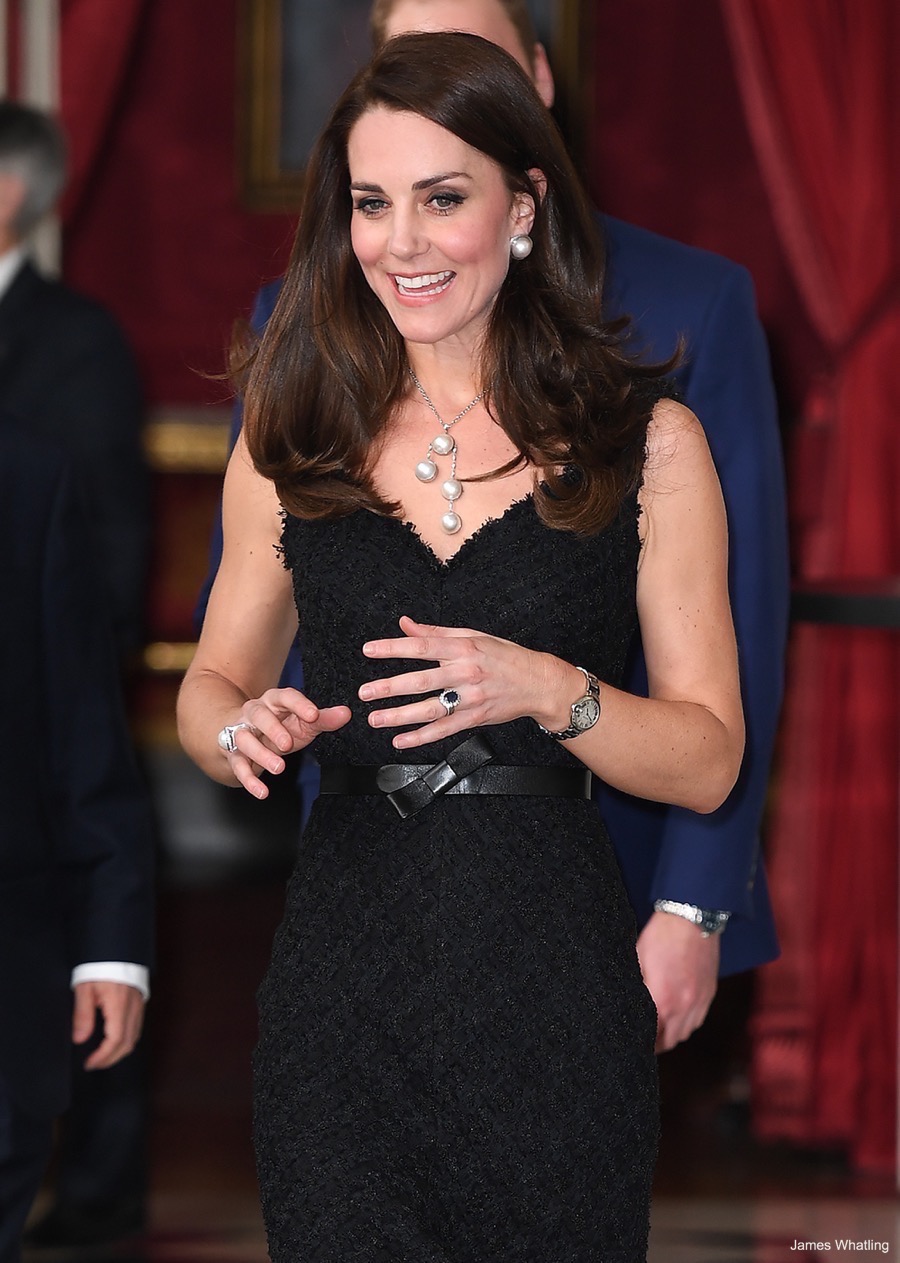 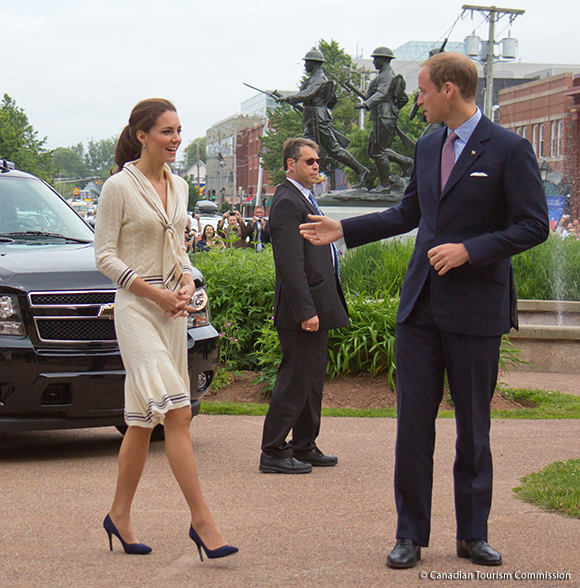 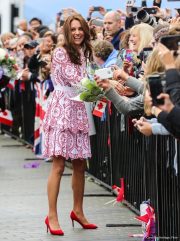