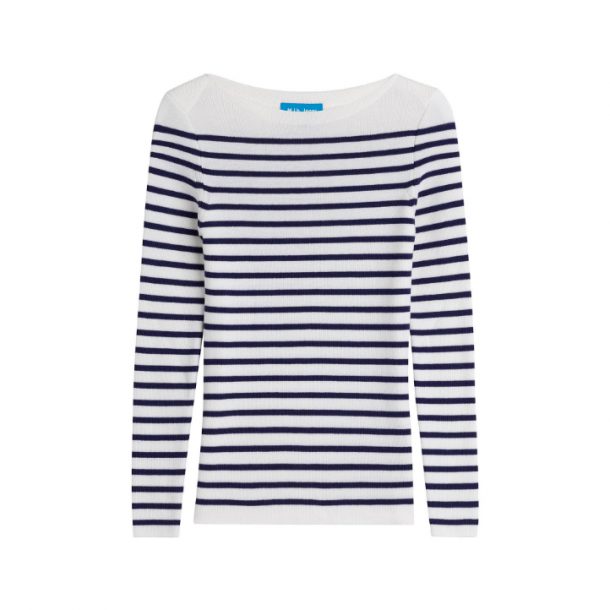 Two weeks before the 2017 London Marathon, Kensington Palace released a new photograph of William, Kate and Harry posing in their Team Heads Together headbands.   As you may recall, Heads Together is a charity spearheaded by the royal trio and it was nominated as the London Marathon’s Charity of the Year. 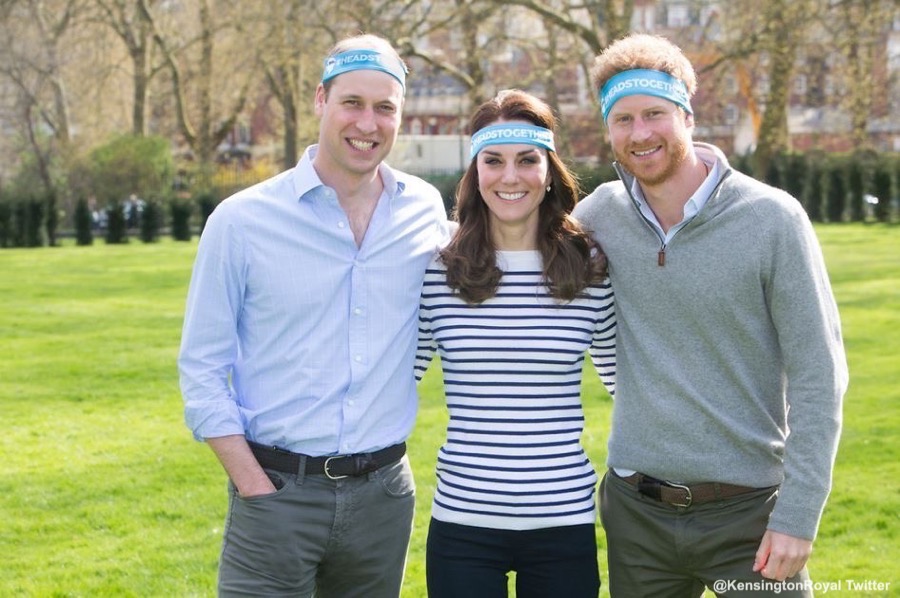 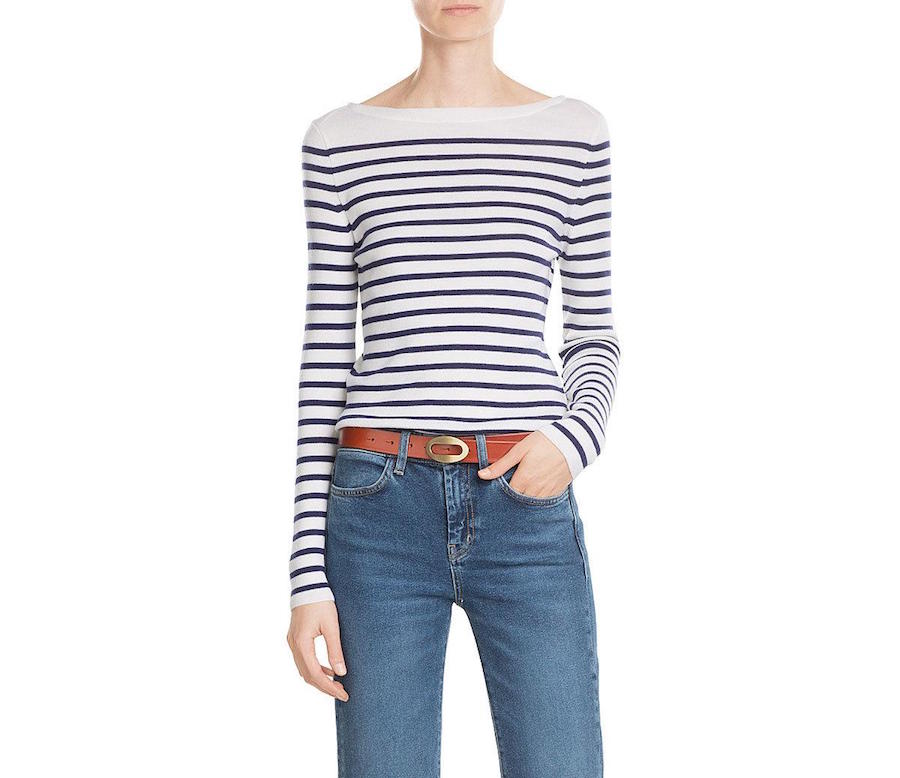 Later in the month, Kate wore the top to the London Marathon itself.  You can just about see the sweater peeping out of her jacket in the photo below: 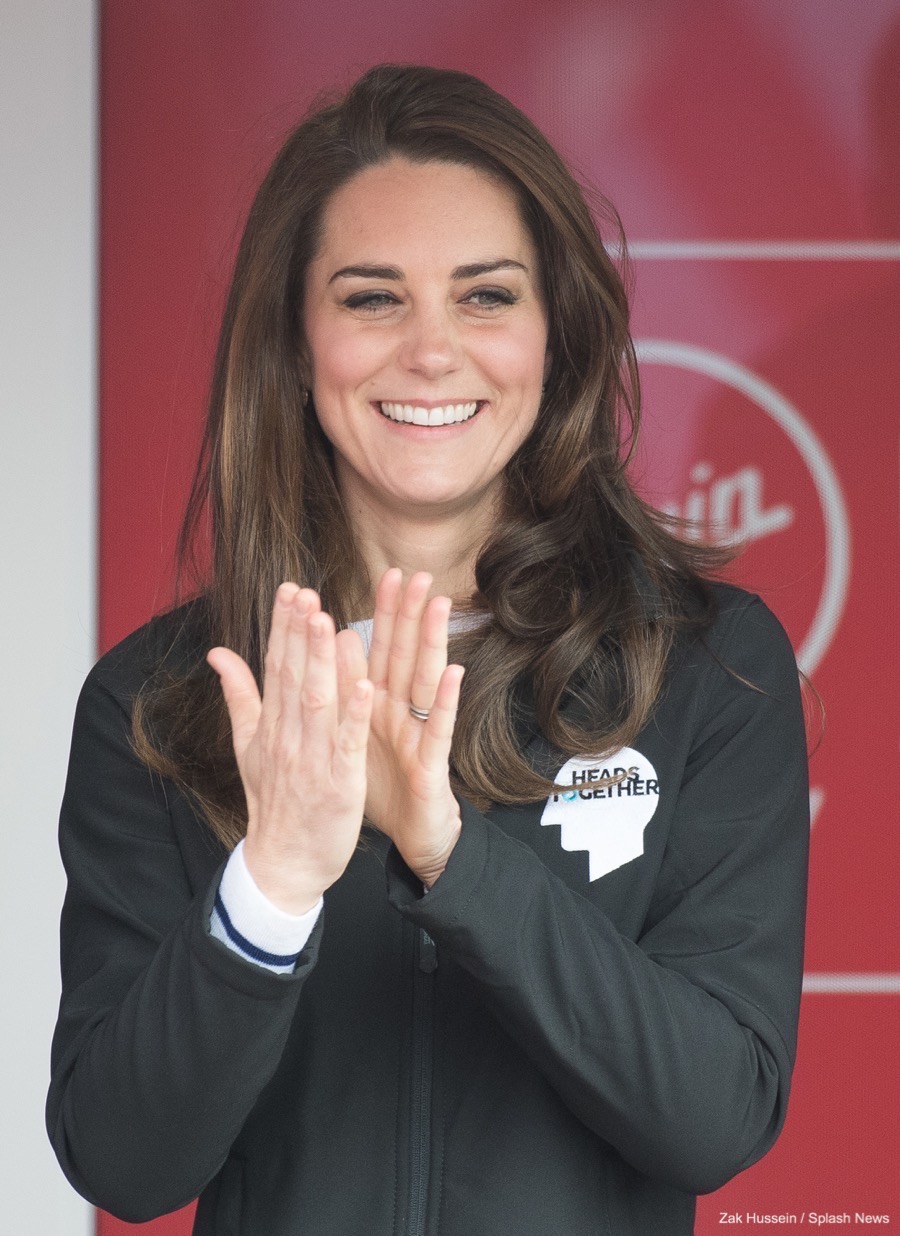 The white top features cobalt blue horizontal stripes.  It was part of M.i.H’s Pre-Autumn/Winter 2016 collection. It featured a slim-fit silhouette and long sleeves.  It was knitted from merino wool and made in Portugal.  I believe it retailed for £250 before going on sale at £199.

Sadly, the sweater is sold out online.   However, MiH has just released an updated version for the new season.

The Outnet stock the sweater in a few different colours, plus they offer over 50% off the RRP.  We’ve put a few (plus some more MiH striped tops) in the widget below. 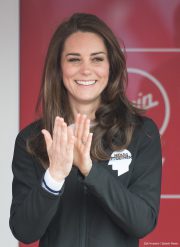