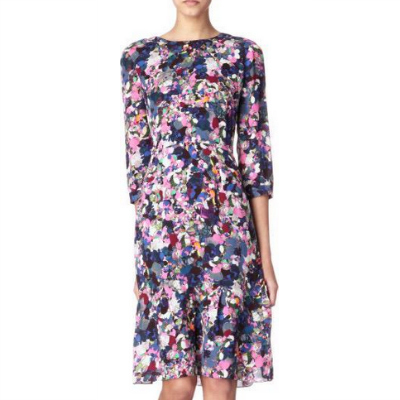 On Monday 2nd March 2015, The Duchess of Cambridge was spotted exiting the Goring Hotel wearing Erdem’s Darla dress.The Duchess had attended the private party to celebrate the hotel’s 105th birthday.

About the Erdem ‘Darla’ dress:

The purple printed dress is made from silk chiffon fabric.  Here’s how the piece is described over at Lyst.com –

Introduce Erdem’s fabulous florals into your wardrobe with the long-sleeved darla dress […] this striking new-season dress is a must-have for both day and evening events.  […]

A closer look at the dress detail:

More about the dress:

The off-the-peg dress has a cut-out back, but we haven’t seen pictures of Kate from behind to see if her dress has this feature too.  Such a detail would be unusual for Kate.  Kate could be wearing a bespoke version of the dress with no cutout back.  The Duchess has worn bespoke Erdem pieces in the past.

The Erdem Darla dress is now sold out, but according to Lyst, the dress retailed for £995 or $1528 USD at both Selfridges and Net-A-Porter.com previously.

Erdem’s Darla dress is from the label’s 2013 ‘Resort’ collection.  Here are some similar pieces from the same collection – note the similarity in styles and fabric:

You may recall Kate wore a navy blue printed dress from Erdem’s same collection during a visit to a Manchester school in April 2013, again while pregnant.

About Kate and Erdem:

The Duchess has worn Erdem dresses (and a coat) on a number of occasions previously.  Kate famously wore Erdem twice on a visit to Canada in 2011.

She wore the brand again on the couple’s following tour of Asia and The South Pacific in 2012.  She wore Erdem again in mid-2012, this time for Trooping the Colour.  Kate choose Erdem once again in 2014, this time during the Australia and New Zealand tour.

Erdem Moralioglu is the designer behind the eponymous label.  Erdem is a Montreal-raised, London-based designer known for his straight-up, ultra feminine designs. 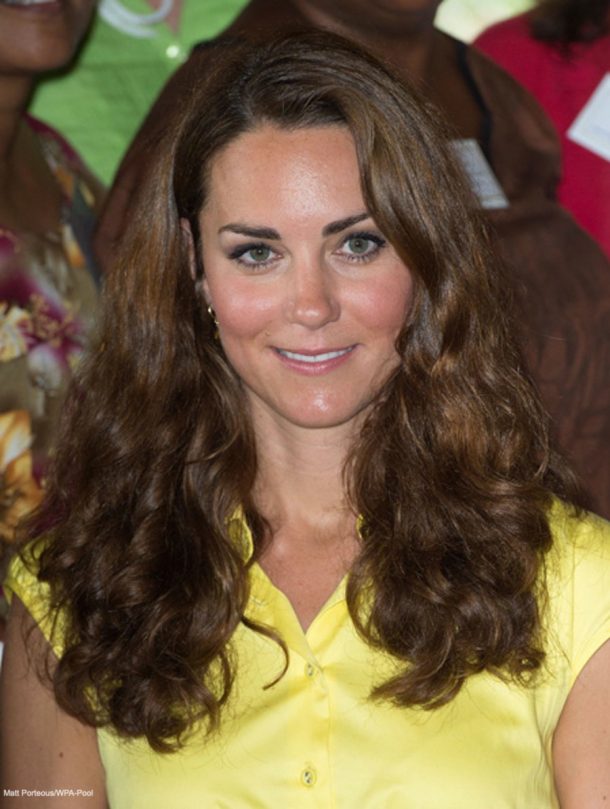 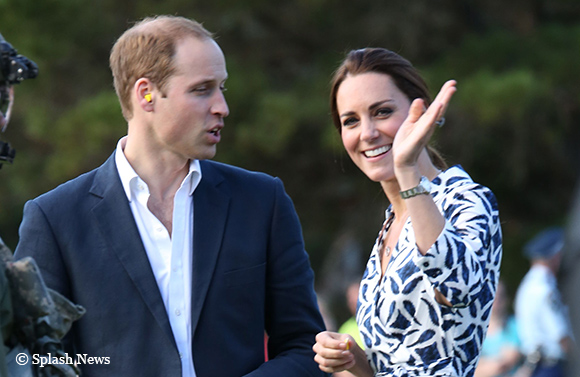