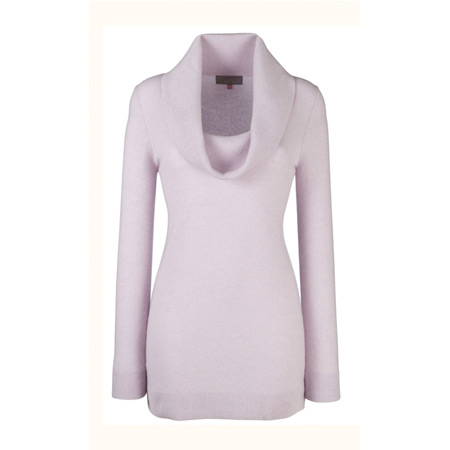 In 2011, Kate was photographed wearing a pink cowl neck sweater on two different occasions. First, before her wedding in April and then again later in the year when strolling along a beach in Anglesey, North Wales with sister Pippa.

Here’s a picture of Kate shortly before her wedding in April: 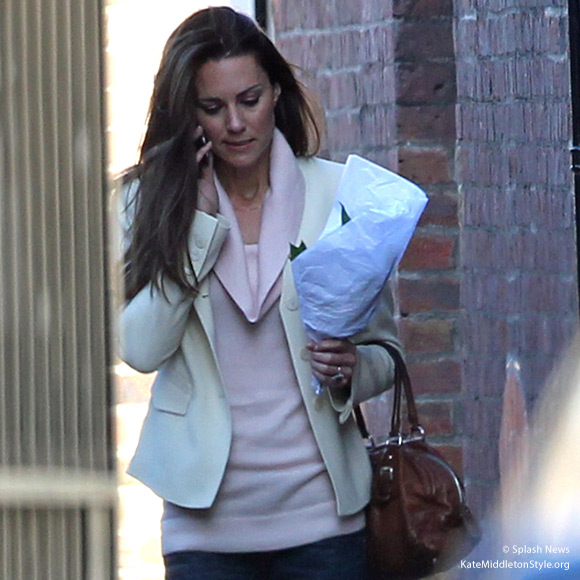 Kate speaking on her phone shortly before her wedding in April 2011. She wore a pink cowl neck sweater.

The Sloane Square building in Chelsea where Kate is known to shop is still part of the John Lewis family, but it is known as Peter Jones. Kate has been photographed leaving the department store with shopping on numerous occasions since 2010-2011.

The sweater was described as being made from 100% cashmere.

This 100% Cashmere tunic will keep you both stylish and warm this winter.

The cowl neck tunic came in two different colour options.  A deeper pink colour (as seen on Kate) and a lighter, peachier pink, shown below:

Fast forward to 2015 and John Lewis no longer sell this tunic.  However, they do sell a number of other tunics and sweaters, which you might like if you are looking for something similar: