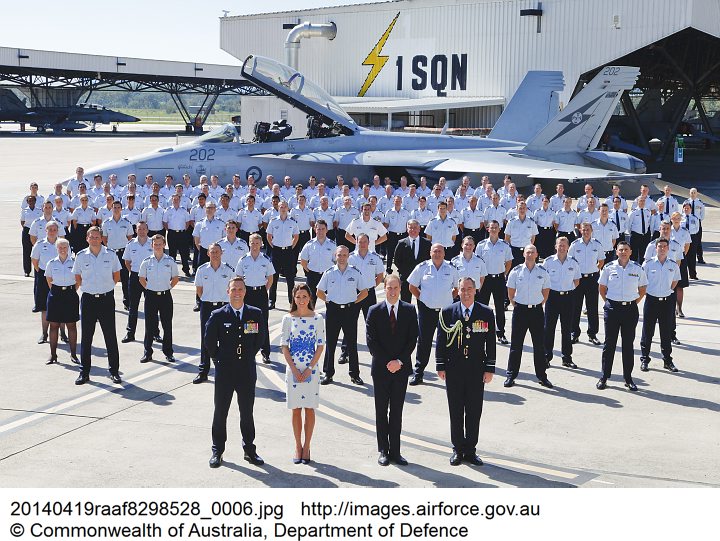 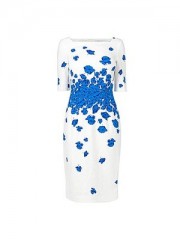 On Saturday 19th April 2014, William and Kate travelled over to Brisbane, in the Australian state of Queensland, as part of their three week tour.

First on the itinerary for Saturday was the RAAF Base Amberley, where the royal couple met Australian Defence Force veterans. In the following photograph, Kate is speaking with Captain William Morrison and other personnel from 9th Field Support Battalion and members of the families at the Officers’ Mess: 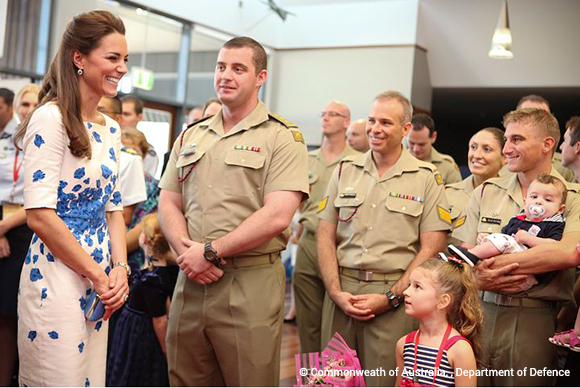 In addition, the Duke and Duchess were shown an F/A-18F Super Hornet plane, and experienced a flight in the Hornet simulator. 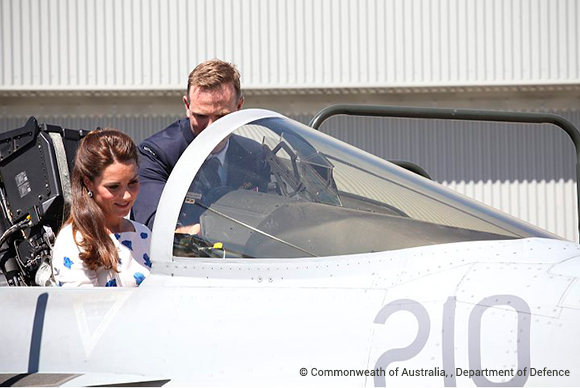 Duchess Kate in the Hornet simulator

During the visit, the royal couple also planted a Plunkett Mallee tree in the base’s memorial garden.  The tree is a native tree of Queensland. 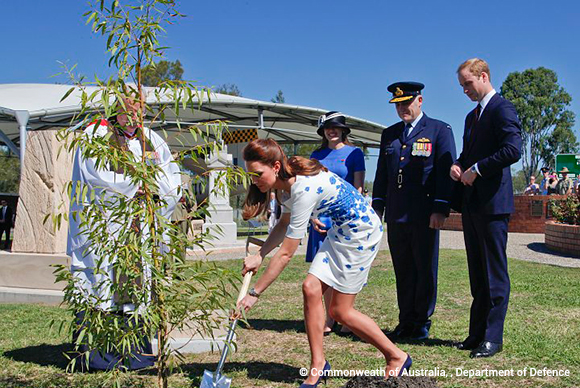 Before leaving, both William and Kate spent some private time with family members of Australian servicemen who lost their lives recently in conflict. William and Kate pose with the RAAF Officers

Later in the day, William and Kate attended a Civic reception, where inspiring Queenslanders were invited to meet the couple.  The guest list was made up of young people who had been excelling in their fields.  There were also representatives from the homeless and welfare sector, rural areas affected by drought, he conservation, education, disability, arts, sport, health, youth development, defence and business sectors. 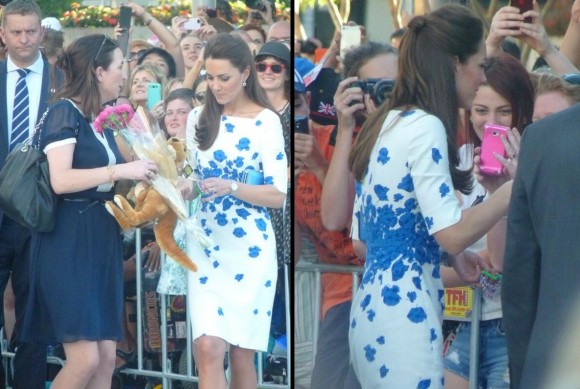 William and Kate meeting the public during a walkabout. © Rebecca English, The Daily Mail & Mail Online, via What Kate Wore

After, the couple went on a ‘walkabout’, meeting members of the public who had queued and waited outside for hours to meet them.

Kate wore the Lasa Poppy Dress by L.K. Bennett.  This was already a popular piece from the company’s collection and was widely sold out in many stores already, according to reports on Facebook.  Actress Mindy Kaling wore this dress on her TV show just this week.  The dress originally retailed for £245 ($425). Kate gave a nod to her Australian host country too, as she clutched a bag from native brand Oroton.  Specifically, Kate carried the Odeion bag in Indigo. The embossed leather bag originally retailed at $235 (£140) and was recently discounted to $115 (£70). 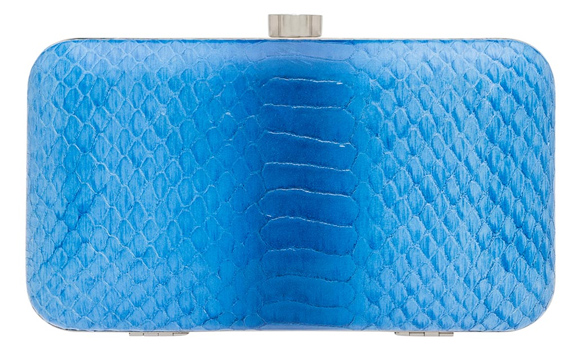 At the time of writing, Oroton are allow people to preorder, for delivery in July for $120 AUS.

Here’s how the Ordion bag is described by Oroton:

Perfect for that special occasion, the new Odeion clutch will give your outfit that killer edge.  Stand out in the crowd with this quirky clutch crafted from Italian embossed calf leather and metal, featuring a snake chain strap and custom designed Oroton hardware.

Finally, Kate wore her blue suede Alexander McQueen pumps, diamond and sapphire earrings (thought to have one been owned by the late Diana, Princess of Wales), her Mappin & Webb Fortune necklace and her Cartier Ballon Bleu watch. 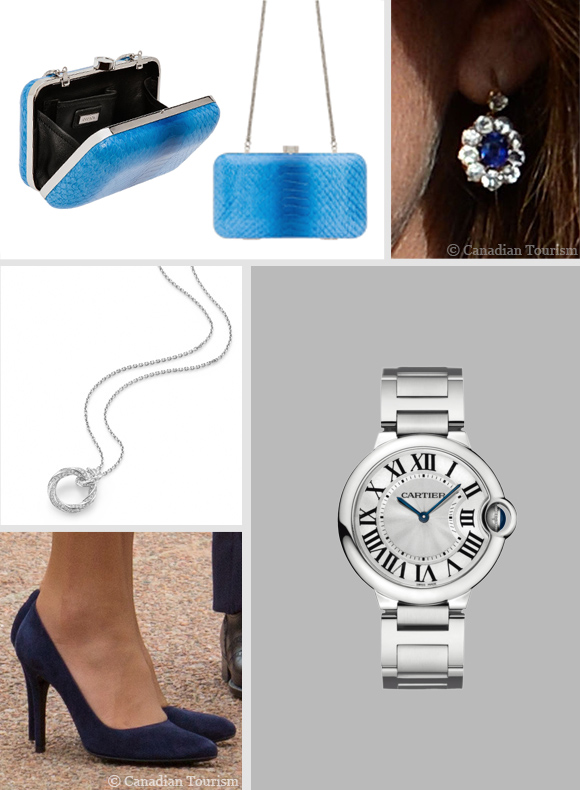