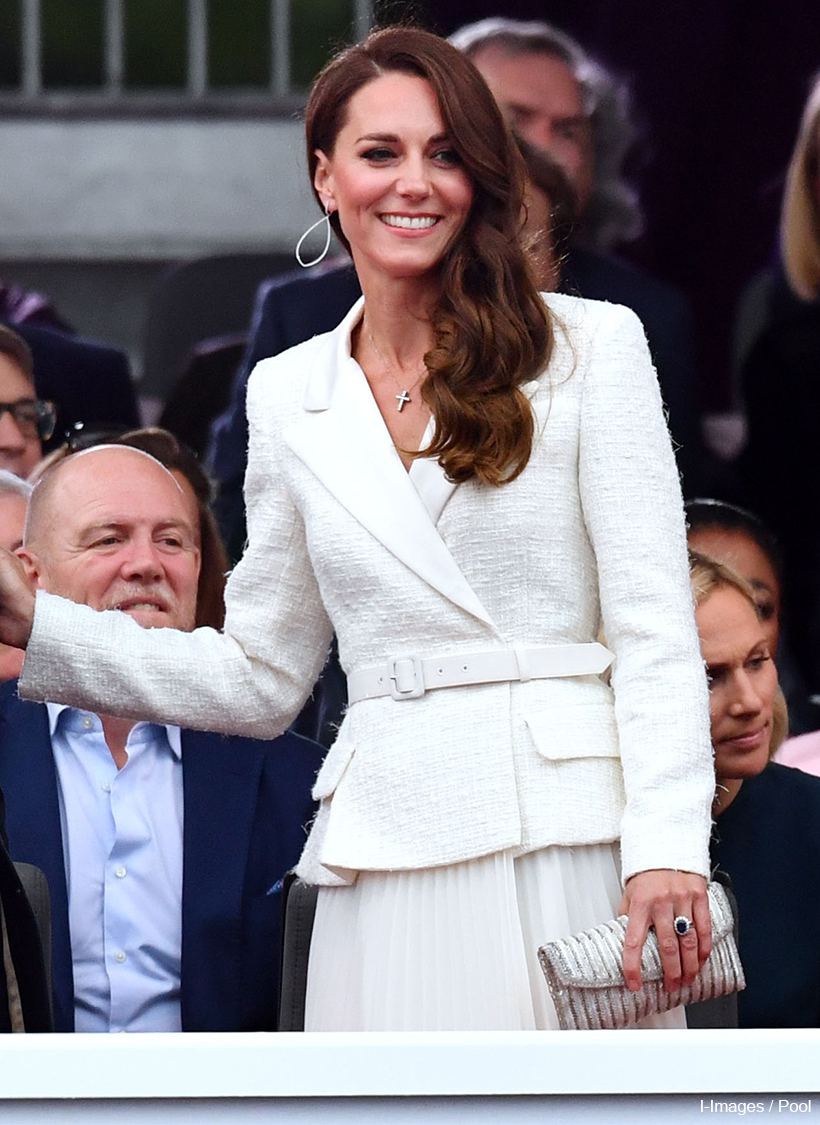 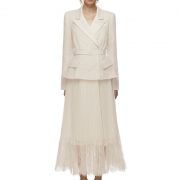 4th June 2022—The Jubilee festivities continued as William, Kate, George and Charlotte attended The Party at the Palace—an evening concert in celebration of the Queen’s 70-year reign.

The royal family are celebrating the Queen’s seven decades on the throne with a programme of events and engagements across four days. The Platinum Party took place on day three.

Earlier in the day, William, Kate, George and Charlotte visited Cardiff Castle in Wales to view preparations for a concert being hosted there.

For all of our Jubilee coverage so far, click here.

The concert opened with a surprise appearance from The Queen—not in person, she starred in a video. The Monarch had recorded a sketch with none other than Paddington Bear! After revealing she too keeps marmalade sandwiches in her handbag, the two began tapping their cups in time with We Will Rock You, the iconic song by Her Majesty’s namesake pop band.

You can view the video below:

Then Queen—the pop band, not the monarch—took to the stage to perform the hit with their singer Adam Lambert. Here’s a thoroughly enjoyable video of the band singing a medley of hits during the Platinum Party:

Sir Andrew Lloyd-Webber and Lin-Manuel Miranda took to the stage with performances of their West End musicals. While Dance troupe Diversity performed against a soundtrack of British songs from the last 70 years.

Prince Charles and Prince William both delivered speeches and tributes to the Queen. You can watch Prince Charles’s tribute to “mummy” below:

More highlights from the show, interspersed with footage of the royals:

Let’s begin the style portion of the article now with a look at Kate’s cream ensemble.

For the concert, Kate wore her bouclé and lace-trimmed dress by Self-Portrait. There aren’t any high-quality full-length photos of Kate from the evening, the image on the right is captured from a TikTok video:

The Duchess first wore the cream dress in September 2021 to a reception for the Hold Still project. (Sorry, the photos from that event were not of the best quality!)

You’d be forgiven for assuming this was a two-piece set, comprising of a blazer and a skirt—but no!  It is a dress.  It features a jacket style bodice with peak lapels and a peplum, a belt, pockets and a two-tier chiffon pleated mid-length skirt trimmed with lace.

A closer look at the bouclé fabric, the belt and the pleated skirt:

The cream dress retailed for £400 at Net-A-Porter (now sold out). At the time of writing, it’s available in limited sizes at Antonia.it and Self-Portrait.com.

Matches Fashion exclusively stock a sleeveless version of the dress. Handy if you live in warmer climes but still want to copy Kate’s style!

At FarFetch, the dress is available in black/white. Ideal if you’re buying for an event in the autumn and winter months.

Kate paired sparkling accessories with her cream dress. Her earrings are by Robinson Pelham, they’re the Oxygen Aspen style. RRP: £4,900.

The 18ct white gold statement hoop earrings are set with white diamonds. Robinson Pelham no longer stock the earrings in white gold/diamond. But you can buy them in rose gold/diamond and yellow gold/tsavorite garnet. Click to view.

Kate first debuted the diamond hoop earrings in Sweden, during the 2018 tour.

At the Jubilee concert, Kate paired the dress with a cross necklace, unfortunately, the designer is not known.

Kate owns two cross necklaces. The first, she’s worn for the best part of a decade. You can see it below left, This image was taken during the Order of the Garter ceremony in 2019.

The two images on the right are from 2019. You can see this chain has a stone at the top of the necklace. This image (new tab) shows the differences clearly too.

It looks like Kate wore the older design at the concert. Sorry, nothing further is known about either necklace.

Kate carried a silver sequinned bag to the event.

I believe it’s the same bag she carried to the Thirty Club at Claridges in 2012 and on a handful of occasions since. Unfortunately, nothing further is known about the piece.

Lastly, a quick look at Kate’s shoes. There were no photographs of Kate’s feet at the event, so we only have this screen capture from a video to work off.

Update: another TikTok video found and shared by Emma shows the shoes again. They sparkle all over. The heels are sky high!

I’m thinking they might be the Jimmy Choo Romy 100 in Platinum Dusty Glitter. 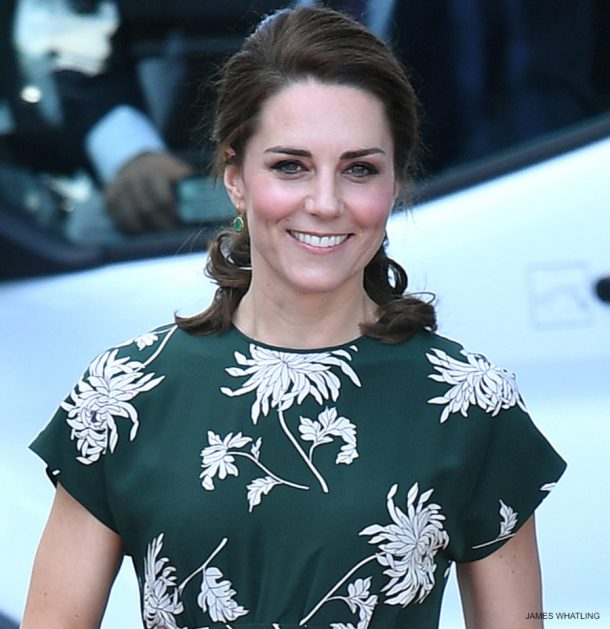