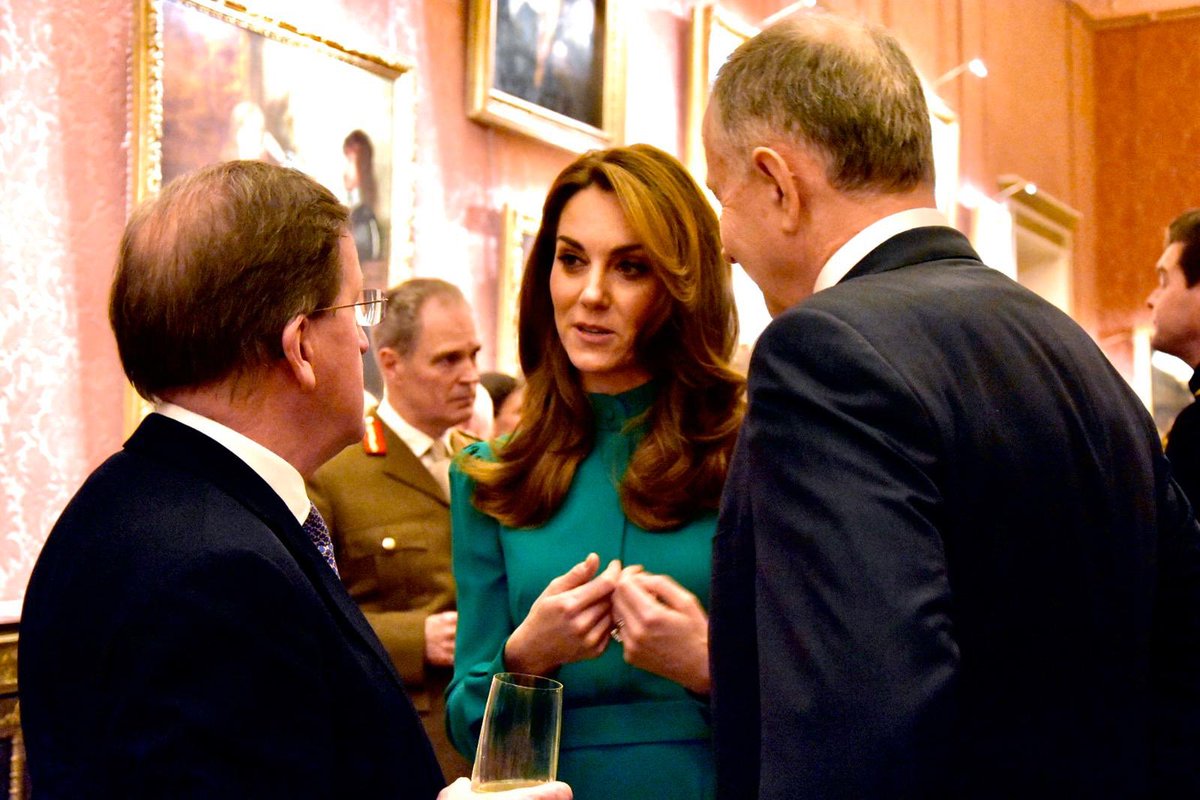 Tuesday, 3 December 2019—The Duchess of Cambridge (Kate Middleton) attended a reception hosted by The Queen at Buckingham Palace to mark 70 years of the NATO alliance.

The NATO Alliance is now formed of 29 countries. It exists to protect the people and territory of its members, and is founded on the principle of collective defence.

The Duchess, along with other Members of the Royal Family, welcomed NATO leaders, members of their delegations and NATO staff in the Picture Gallery.

The Duchess wore a green dress by Alexander McQueen (according to the Daily Mail’s Royal Correspondent Rebecca English, who was told by a “reliable source.”

This pair of diamond pendant earrings includes a pendant of separate stones hanging within a diamond frame. These first appeared at the 2012 State Opening of Parliament, but have no publicly known provenance as of yet. 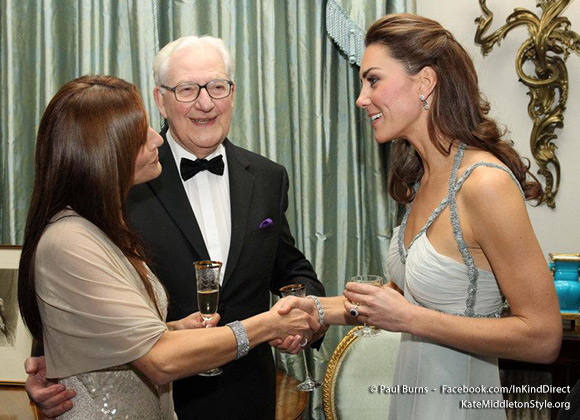 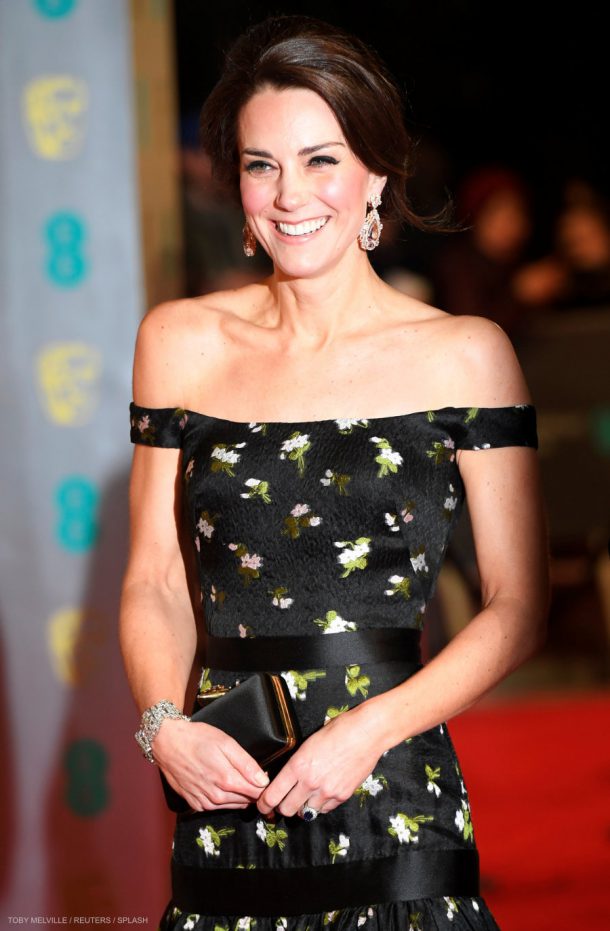