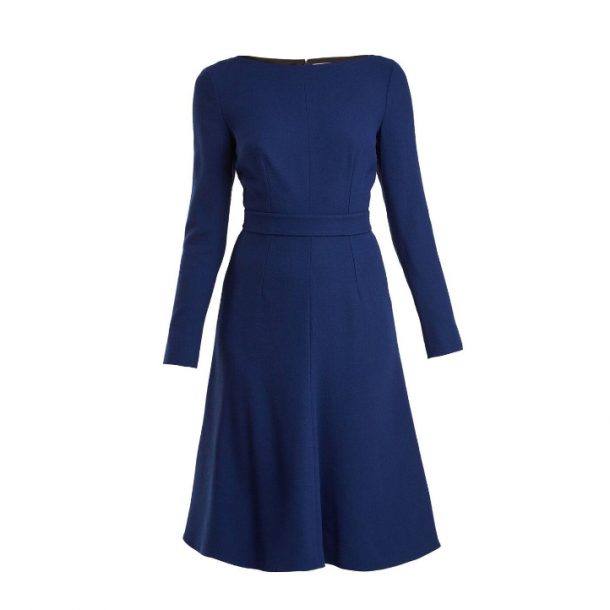 At last count, the Duchess has worn the lavender purple version of the ‘Kate’ dress twice, the green version once and the blue version four times, most recently during a video call to mark Commonwealth Day on the 6th of March 2021:

The wool dress features a midi-length A-line skirt, waistband detailing, a slim-fitting bodice and bracelet-length sleeves. The lavender and blue dresses feature a bateau neckline, while the green has a square neckline.

Kate’s dresses are bespoke (created for her by the designer). At some point, Emilia Wickstead named the garment ‘Kate’ and included it within her off-the-rack offering. Matches Fashion stocked it in pink, red and navy for £1,350.

Sadly, the Kate dresses are no longer available to buy.

The Duchess of Cambridge is no stranger to Emilia Wickstead clothing. She owns a few frocks, a couple of coat dresses and skirt/top separates from the designer. If Kate is going on tour, you can guarantee she’ll pack an outfit or two from Wickstead. Although she grew up in New Zealand, Emilia Wickstead is now based in London and has shown at London Fashion Week for nearly a decade. Here is a selection of Kate’s outfits by Emilia Wickstead, both at home and abroad:

Another Priority is showcasing British fashion. As one of the industry’s most influential ambassadors, the Duchess has made household names of the British designers she has worn abroad, offering a boost to their businesses and reputation […] It was deft, too, that in New Zealand the Duchess wore a bespoke dress by Emilia Wickstead who grew up in the country but now is a star of London Fashion Week.

Bethan Holt, author of The Duchess of Cambridge: A decade of modern royal style

Emilia Wickstead is an award-winning designer who counts many high profile women among her clients. She’s known for her modern silhouettes and strong colour use. Harpers Bazaar say women who love to dress in Wickstead’s designs tend to be characterised by polish and elegance—two words you could definitely associate with Kate! 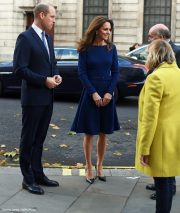 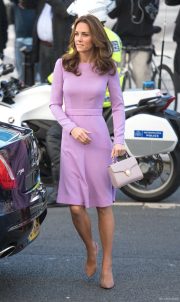 Kate looks lovely in lavender for her final day in Germany