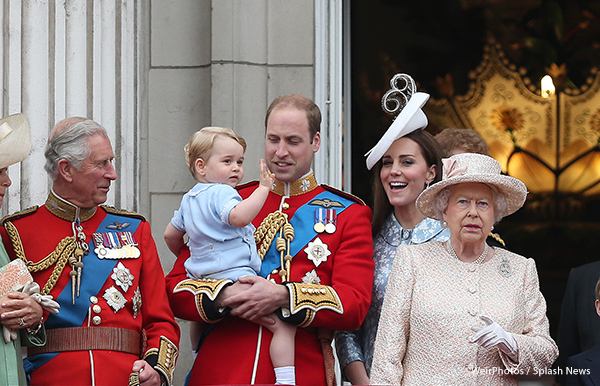 On Saturday June 13th, the Duchess of Cambridge conducted her first public engagement since the birth of Princess Charlotte – she attended the Trooping the Colour celebrations in London. 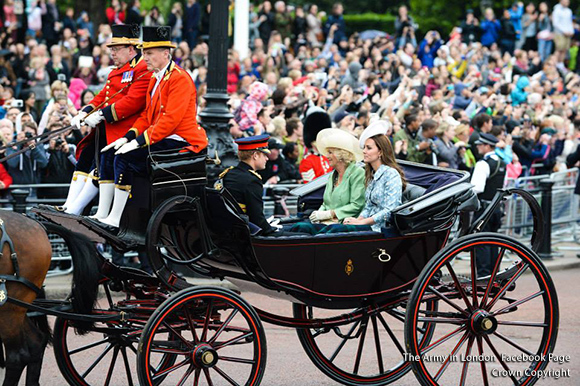 The annual military parade marks the Queen’s official birthday.    The event is held on Horse Guards Parade in London in June each year.  This is the fifth time Kate has attended the Trooping parade. 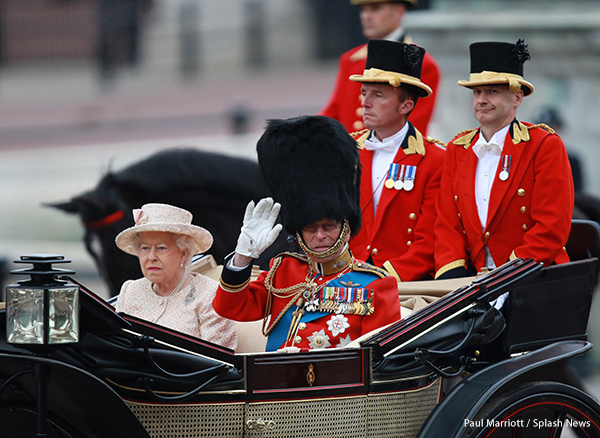 As his parents took part in the celebrations, Prince George watched on from the window of Buckingham Palace.  Nanny Maria held up the young prince, who seemed to be having a fun:

Later, the little prince joined his parents (and the rest of the Royal Family) on the balcony for the traditional British air force flyover. 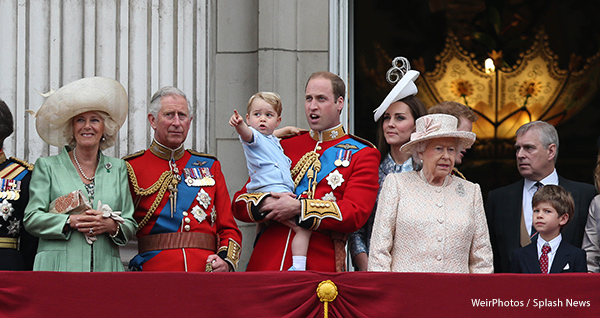 The prince gave the gathered crowd a quick wave!

George wore the same outfit on the balcony as his father did at the same event in 1984.

The outfit is somewhat of a family heirloom.  Prince Charles also wore it too:

If you missed the live coverage, you can watch a video of Prince George on the balcony here:

Focussing back on Kate now, the Duchess looked wonderful in a blue coat dress from Catherine Walker & Co.  It’s the “Astrid” style. 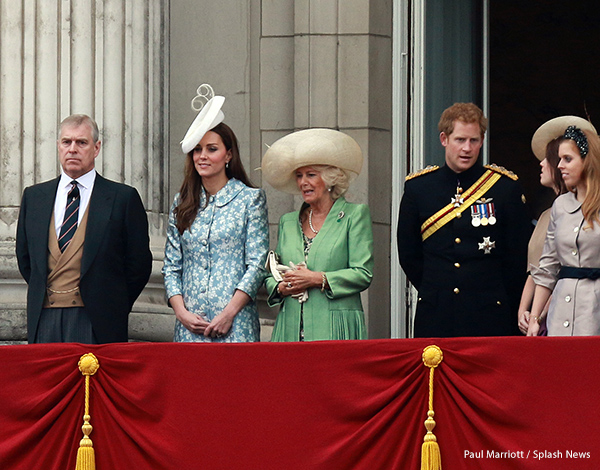 The Astrid coat dress is described as Catherine Walker as having “a contemporary pencil line and neat rounded collar.”  It’s tailed from ivory and ice blue silk. 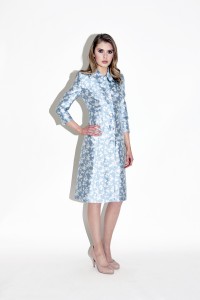 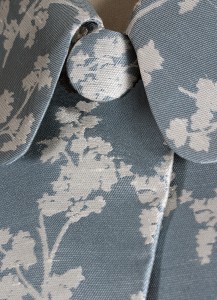 Kate wore a bespoke version of the Marisabel hat, handcrafted by Sylvia Fletcher for Lock & Co.   The hat is available ready-to-buy from Lock & Co. in a coffee colour, as shown below. 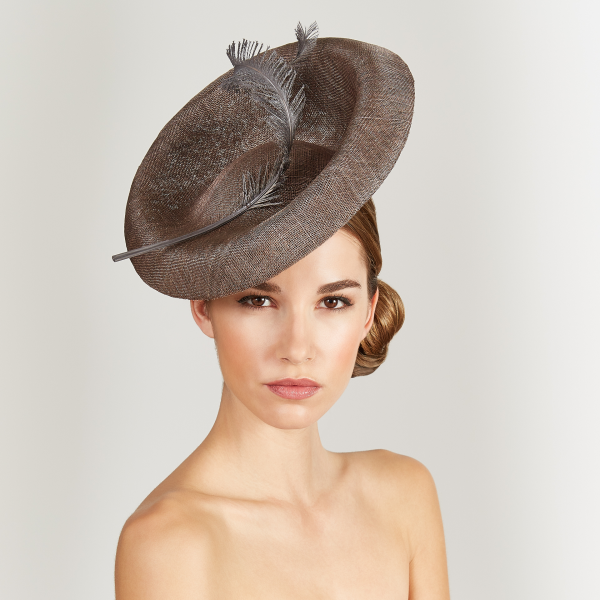 Kate’s hat was ivory, to coordinate with her dress.  According to Lock & Co., the hat “has been sculpted using sinamay and then finished with a curled feather in a matching coffee tone.”

Kate wore her aquamarine and diamond drop earrings.  A forum post PurseBlog.com suggests the earrings are from made from 18k white gold: 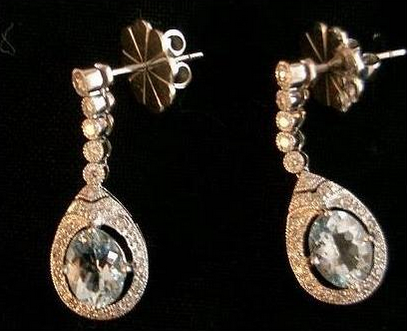 Anna from My Small Obsessions explains that the earrings have a similar post to those available at Asprey London.  Read through the information here for more detail.

Here’s a reminder of the outfits Kate wore to each of the previous Trooping the Colour celebrations: 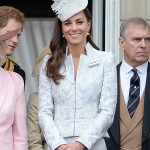 Kate wore a jacquard skirt suit, likely to be a bespoke piece by Alexander McQueen. She wore a coordinating hat by Jane Taylor Millinery & finished her outfit off with a pearl brooch. 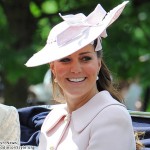 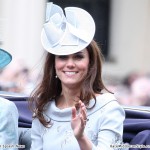 Kate wore a bespoke Erdem dress for the Trooping ceremony.  The light blue dress was embroidered with flowers.  With the dress, Kate wore a matching blue Jane Corbett hat. 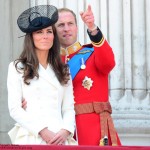 Kate wore an off-the-peg ruffled Alexander McQueen coat for the 2011 ceremony.  The Duchess accessorised her white coat with a black hat by Silvia Fletcher for Lock & Co.