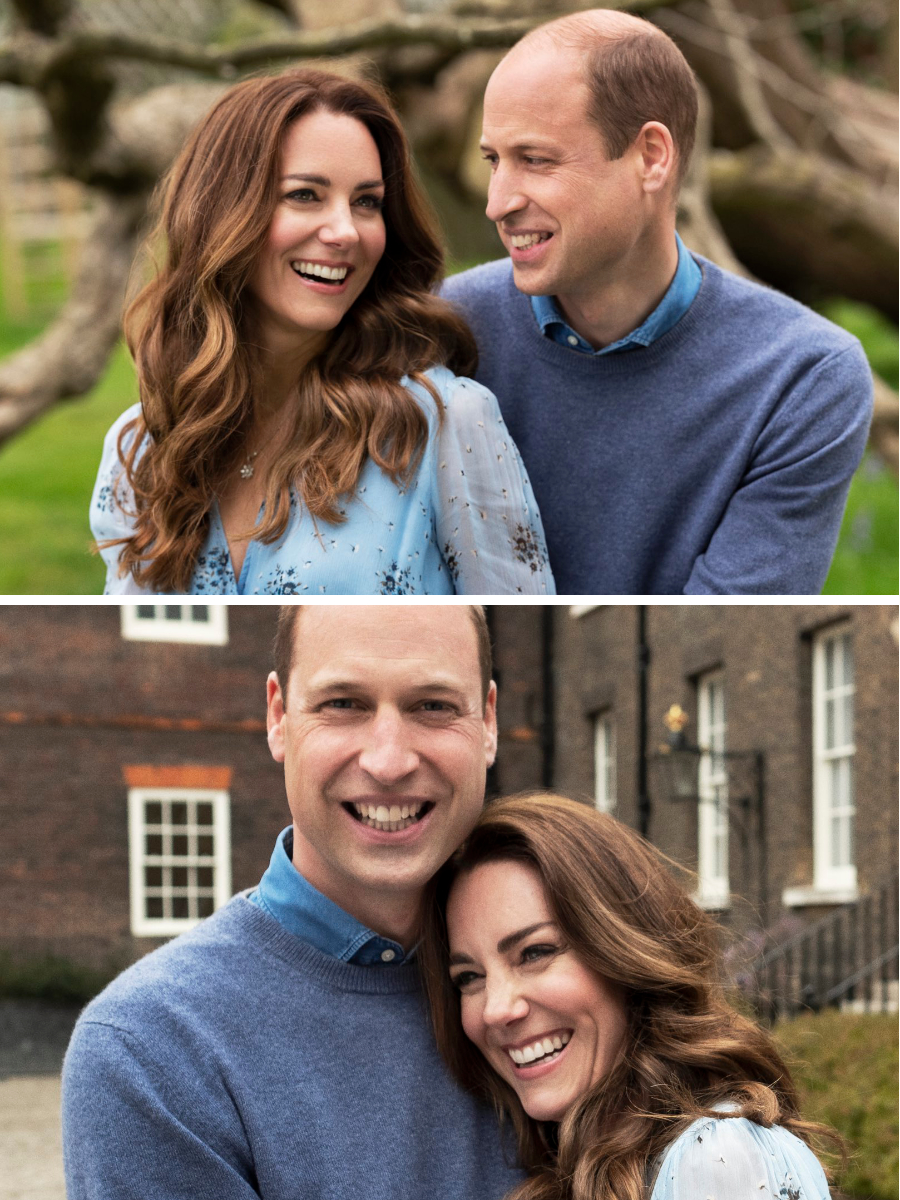 Kensington Palace have released two beautiful photos of the Duke and Duchess of Cambridge to mark the couple’s 10th wedding anniversary (29/04/2021).

The happy and relaxed photos were taken by Chris Floyd at the couple’s Kensington Palace home earlier in the week.

I love how the second image is reminiscent of the engagement photo taken Mario Testino in December 2010.

In the new anniversary photos, Kate is wearing a blue printed dress by London-based brand, Ghost.

It’s the brand’s Avery dress.  It features three mix-and-match floral prints, a wrap-effect bodice and a tiered skirt.  There’s ruffle detailing on the skirt and sleeves, plus a tie at the waist.  It retailed or £195 at ASOS.com and at JohnLewis.com.

This isn’t the first time we’ve seen the Duchess wear the dress.  In 2019, she wore the garment to meet staff at the British High Commission in Islamabad during the 2019 tour of Pakistan.  It was a private event but one photo circulated on social media: