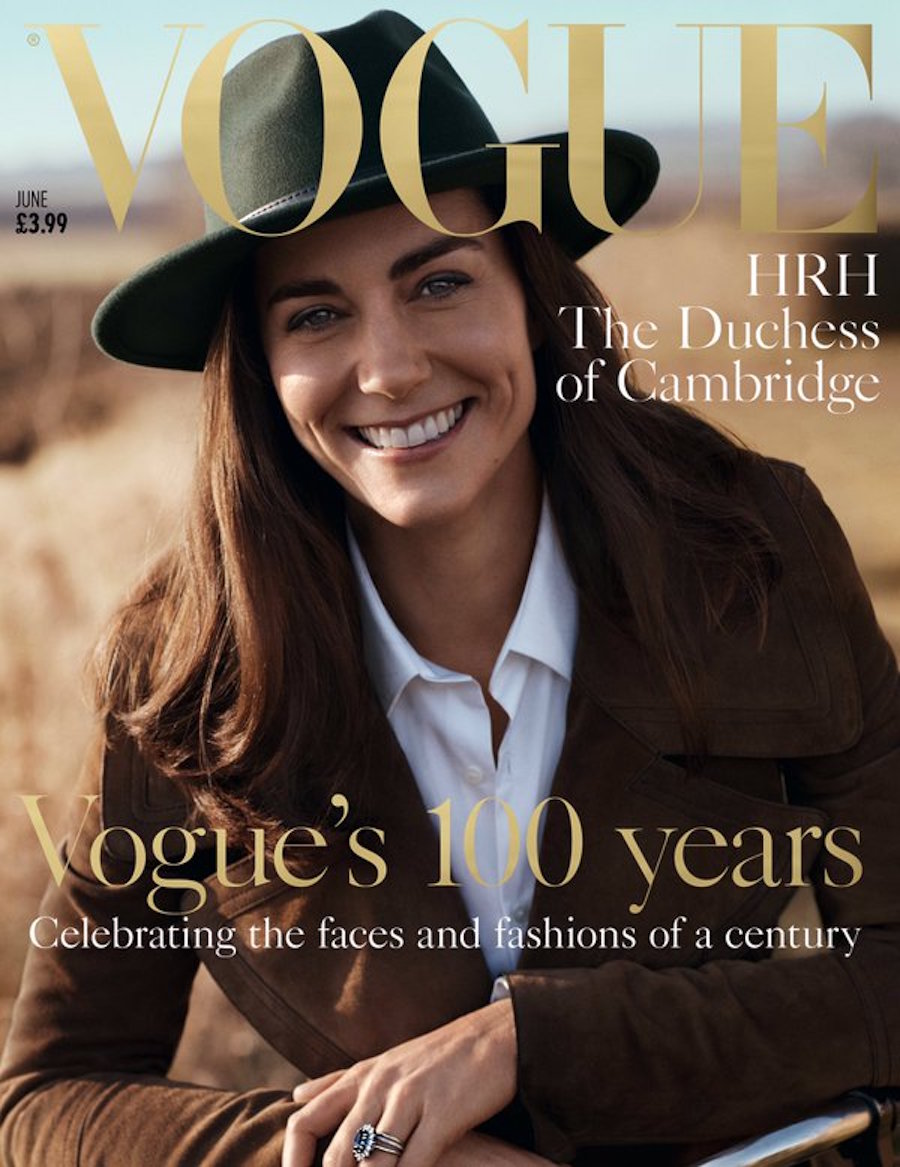 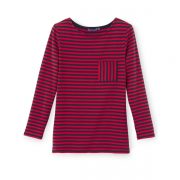 On the 30th of April 2016, Kensington Palace announced that Kate was to star on the cover of Vogue magazine.  The Duchess was the cover star of the magazine’s 100th birthday issue. 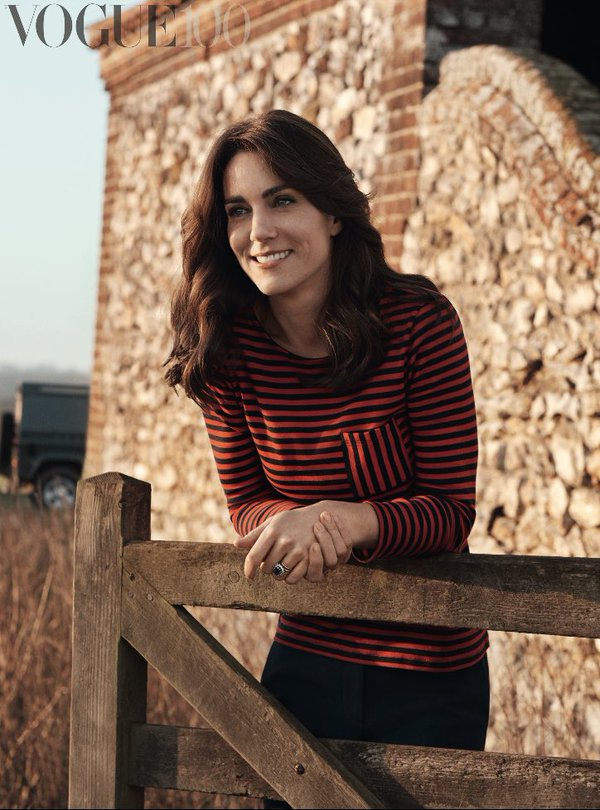 The photographs were a collaboration between The National Portrait Gallery and Vogue to celebrate the magazine’s 100th birthday.  Kensington Palace said that Vogue has been a “leading champion of British portraiture since 1916”.

British photographer Josh Olins captured the casual images of Kate in the Norfolk countryside in January this year. The images reflect Kate’s love of the countryside. 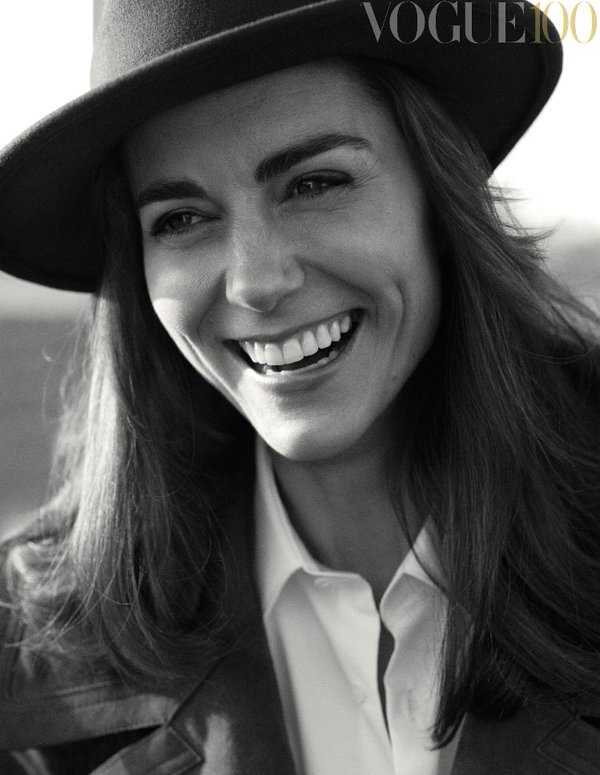 A spokesperson for Kate said:

“Vogue has given a platform to some of the most renowned photographers in this country’s history. The Duchess is incredibly grateful to the team at Vogue and the National Portrait Gallery for asking her to take part”.

In addition, two portraits from the shoot were installed at the National Portrait Gallery this evening.  They’re featured in the Vogue 100: A Century of Style exhibition. 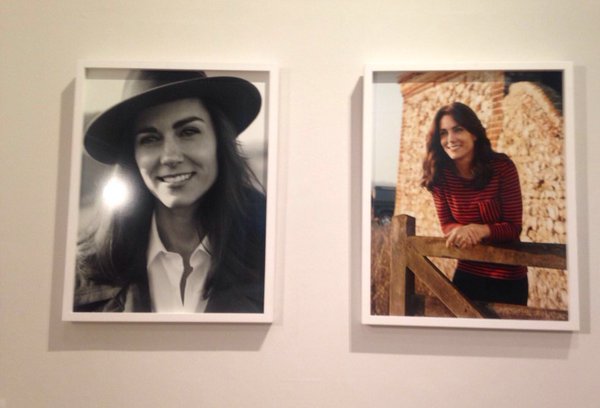 Kate, who is Patron of the National Portrait Gallery, will visit the exhibition next Wednesday (4th May) to see the images on display in the gallery for the first time. 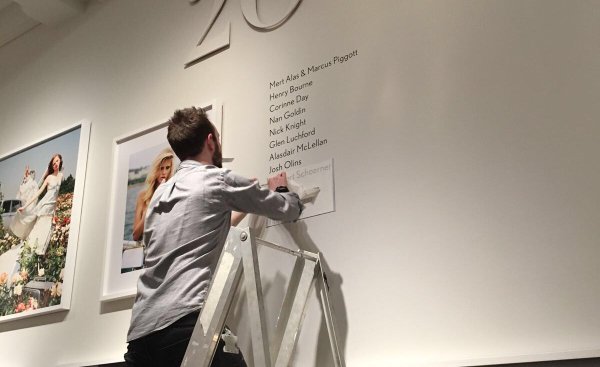 “The images see the Duchess dressed casually, reflecting her love of the countryside and particularly Norfolk, where she lives much of the time with her family. She was involved in selecting pieces for the shoot – from Burberry to Petit Bateau – along with Vogue‘s fashion director Lucinda Chambers and editor-in-chief Alexandra Shulman.”

The ‘Vogue 100: A Century of Style’ exhibition will run at the NPG in London until May 22 before moving to Manchester.  Tickets are still available from Npg.org.uk.

The June 2016 centenary issue of Vogue will be on newsstands nationwide and available to download from Thursday May 5.

In one of the photos, Kate is wearing Petit Bateau’s Women’s Striped T-Shirt in Smoking Blue and Peps Red. 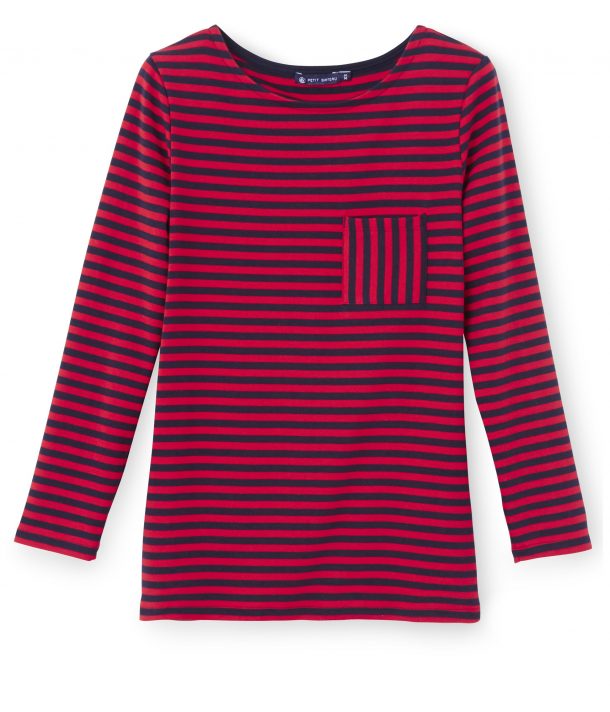 This T-shirt with an admiral neck is made in our original 1×1 rib highlighted with very graphic stripes in the same width. It has a straight cut and a pocket that features a surprising vertical stripe in the opposite direction to the T-shirt stripes. Very fresh and contemporary, it’s an indispensable item for the summer. 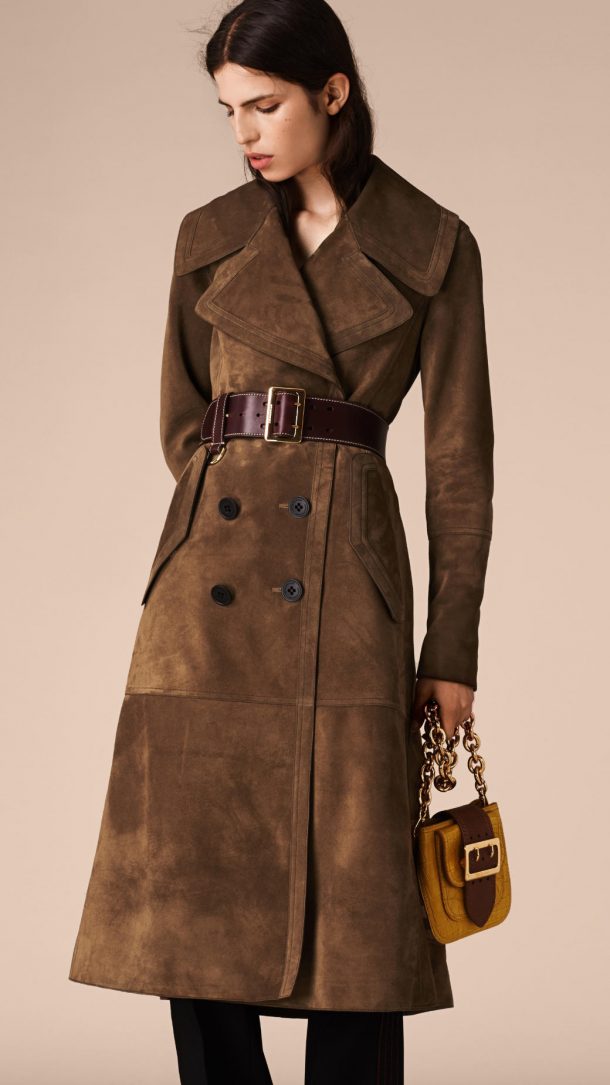 Here’s how Burberry describe the coat:

“A suede coat cut with a classic double-breasted closure and wide revere collar. The tapered waist features an integrated martingale to cinch the silhouette and a softly pleated skirt for movement.” 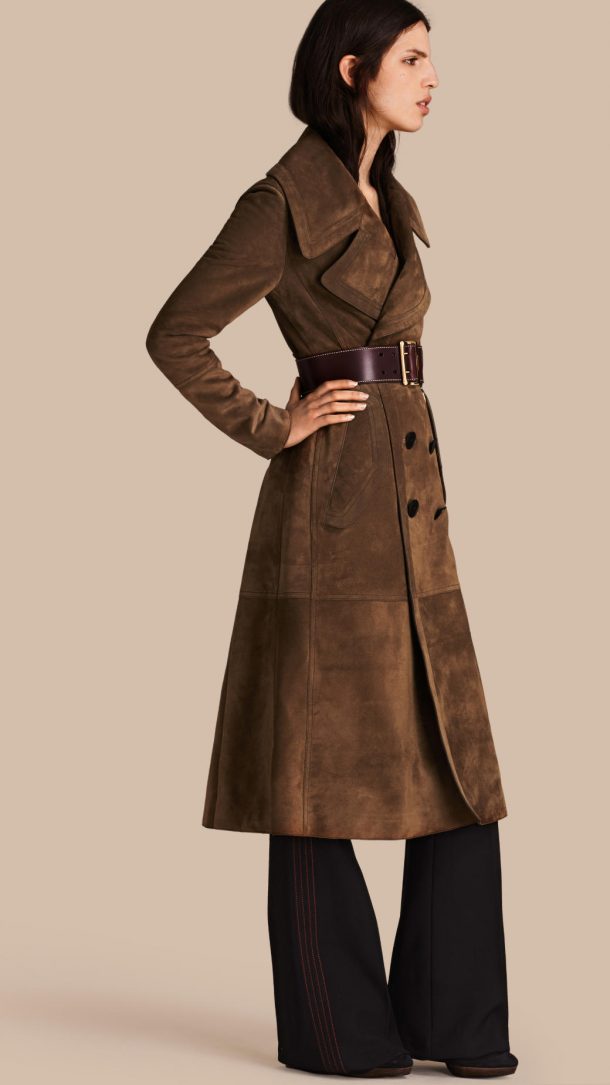 Kate’s also wearing trousers from Burberry and a vintage hat from Beyond Retro.