Recently, Trotters contacted me about their Milo body, a soft jersey short sleeve bodysuit worn by Prince George during the royal tour in 2014 – 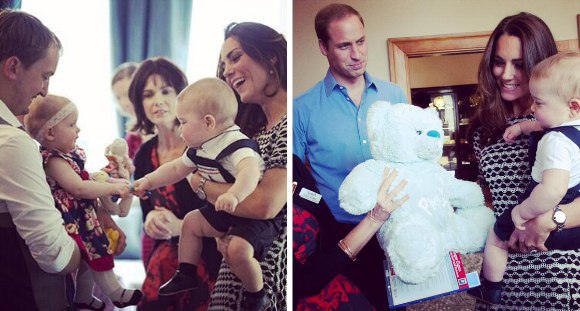 Prince George wore the Milo in New Zealand, during the playdate with the Royal Newzealand Plunket Society. Specifically, he wore Trotters’ Milo body suit with blue piping around the collar. 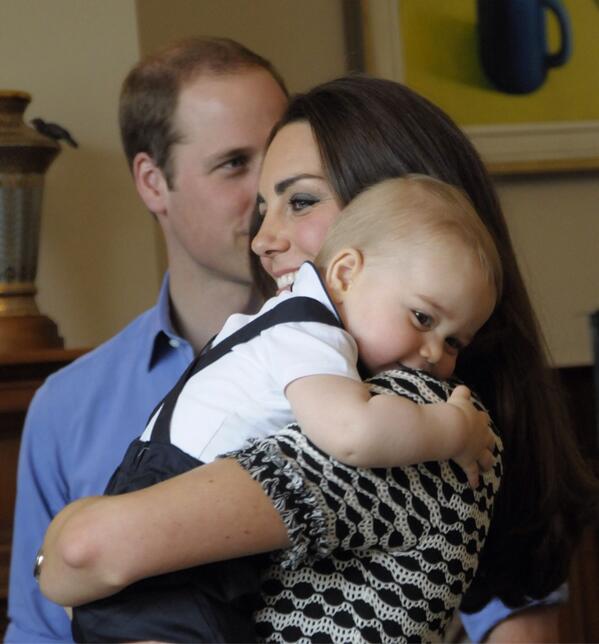 Trotters is a traditional childrenswear and toy boutique with branches in central and south west London, where Kate is known to frequent.  Baby George has worn a number of pieces stocked by the shop.

Trotters asked if I’d like to review the body suit for my readers.  I was toying with the idea of trying to wrestle my miniature schnauzer into the piece, as he is practically my baby and it’d make for some adorable photos, but then I had a better idea.  One of my good friends was due to give birth to a baby boy any day.  I asked if she’d be interested in reviewing the Milo on my behalf.  She was happy to oblige.  Meet baby Tommy: 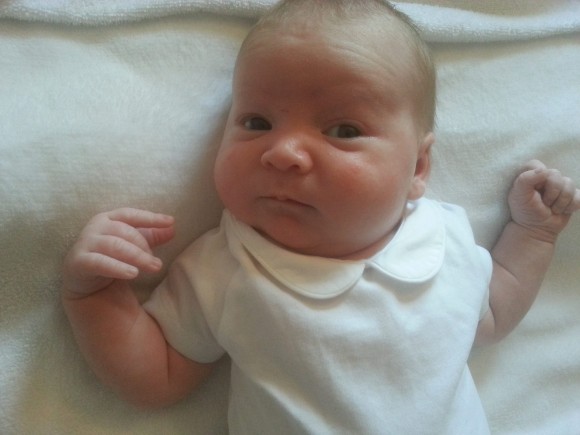 It’s easy to understand why Wills and Kate are fans of the Milo bodysuit for Prince G – with its gorgeous little piped Peter Pan collar, it looks adorable underneath baby’s cardigans. The pristine white cotton fabric is super soft and comfortable for baby’s skin and that little bit of stretch makes it easy to get on and off.  The poppers on the reverse of the neck make it slightly more fiddley to do up than a standard envelope bodysuit but it’s worth it as it looks far better.  A lot of baby bodysuits are too wide, too short or the arms are too tight and tricky to get his little hands and fingers through – but the fit of the Milo bodysuit is absolutely spot on. It’s also hard not to notice the quality – every little seam is beautifully finished.  And the icing on the cake … my Milo bodysuit came beautifully wrapped in tissue paper with a lollipop for Mummy 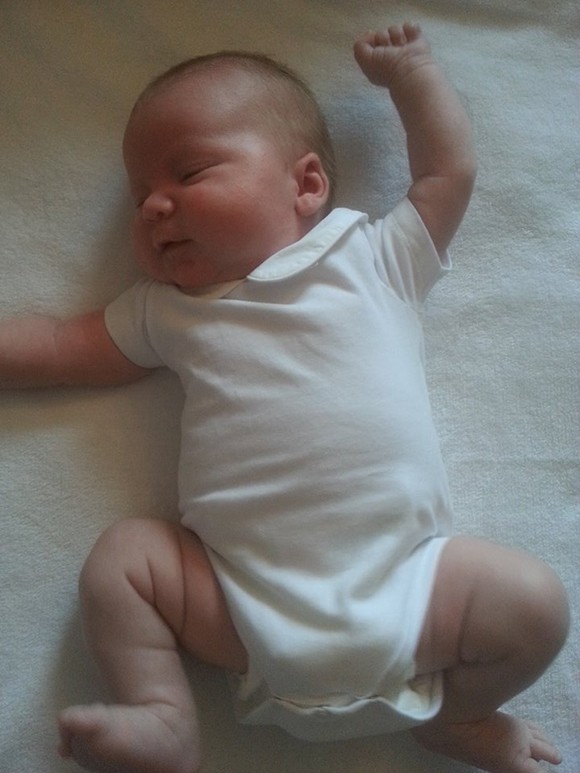 He’s so cute, wouldn’t  you agree?

I’d like to thank Trotters for sending us the body suit to review.  And a big thank you to Jen who allowed us to share pictures of baby Tommy with our readers.  I’ll be saving these photos for your 18th birthday Tommy!