The Pakistan tour is over but I still have plenty of Kate-related news to share with you! A lot has happened today (20th Oct 2019) in particular. If you’re not following on social media, you might’ve missed something.  So, here’s a quick round-up:

In the post, Kate told us she returned to the SOS Children’s Village in Lahore on Friday morning.  The couple were due to visit the Khyber Pass but a storm interrupted their plans.

The post included new photographs from the visit, including the one below. I’ve shared the new pictures and written more about the engagement on this page.

On the way back from the engagements in the mountains of Chitral on Thursday, Kate stopped her convoy to say hello to a rural family living in a home carved into the hillside, it has been revealed.

Ignoring the advice from her security team, the Duchess accepted an invite inside the home for tea.  Keen photographer Kate borrowed a camera from her team and snapped portraits of the three generations of women living there.  After, she told reporters that it was a very special moment and a real privilege to see a different way of life.

Kensington Palace released the photographs to the Sunday newspapers that sent reporters on tour with the couple.  However, they’ve requested the images aren’t shared online.  That means you’ll have to get hold of a physical copy of the newspaper to see them.  I have seen the images and they are brilliant.

Roya Nikkah from The Sunday Times shared her story about the unscheduled stop to Twitter, which includes more detail than I’ve added here.  You can read it by clicking on the tweet embedded next to this paragraph and expanding the image.  There’s also a photograph of William and Kate meeting the rural family (taken by palace aides). It shows the family’s home in the background.

Kensington Palace shared this lovely video from the tour:

Kensington Palace uploaded the following video to the official Royal Family Youtube account on Sunday afternoon.  The spectacular video captures several different moments from the tour, including footage from inside a rickshaw on day two (William and Kate travelled to a reception via the mode of transport).

During the tour, I updated many of the blog posts on the site with new information, sometimes a day or two after publishing. I also tweeted/retweeted new tidbits frequently, but I appreciate that not everybody is on social media. So, I thought it’d be good to include everything in one place for ease. Here’s a quick rundown:

1. William and Kate entered the plane’s cabin and started giggling at the sleeping press pack:

Rhiannon Mills, the royal correspondent for Sky News, shared this funny tidbit from the tour:

We were heading home. I was curled up in my aeroplane seat, eye mask on, earplugs in, when I heard the giggling.

Lifting my eye mask, I found Prince William and Kate standing next to my seat. They’d come to the back of the plane to say hello to us again and caught most of us fast asleep.

The full article is well worth a read. Not only does Rhiannon point out that it’s very unusual for the royals to come and say hello once – nevermind three times – it also includes her thoughts on “the peculiar palace politics going on behind the scenes back home”. Read the piece in full here.

In another departure from usual tour behaviour, Kate recorded not one but two TV news interviews. I believe these are the first impromptu interviews she’s given to the press since joining the Royal family in 2011 (not counting those she’s done for documentaries or TV segments, of course).

In the first with CNN Royal Correspondent Max Foster, Kate spoke about the children’s orphanage she had just visited with William:

In the second, Kate spoke about the troublesome flight from Lahore to Islamabad.  The plane had to turn back due to turbulence:

3. A couple of outfit updates:

While browsing the O’nitaa website, I spotted two Maheen Khan shalwar kameez similar to the ones worn by Kate:

The blue one looks identical, but I think the turquoise one features slightly different gold embroidery.

Of course, O’nitaa is the Asian boutique in London that Kate’s team visited before the tour.

Sadly, Maheen Khan messaged me to explain that she will not be recreating any of Kate’s looks and the pictures have since been removed from the company’s website (to stop enquires, I assume).

Maheen Khan spoke to Pakistani lifestyle website Images about the collaboration with Kate’s team.  She revealed that Kate’s team visited O’nitaa and chose some items off the rack to show Kate, before reaching out to request a bespoke design.  You can read the full interview here.

I am elated and after 40 years of experience, this has probably been my defining moment,” says Prasada, adding that it has been overwhelming too. “The phones have not stopped ringing, but we are so happy.

On the subject of Kate’s Pakistan fashion choices, remember the black and ivory Kurta worn by Kate on the final day of the tour? It was by Élan. A spokesperson explained that the item will be available to buy in spring 2020. They will ship the product worldwide.

4. No more engagements for Kate until November?

It’s half-term in the UK, so George and Charlotte’s school is closed for the next two weeks. I expect William and Kate will spend this time with their family. It wouldn’t surprise me to learn they’ve jetted off on holiday.  I wouldn’t expect to see Kate at a new public engagement until the W/C 4th of November.

Thanks to everybody who read through my tour coverage! It was really fun and I thoroughly enjoyed reading your opinions on Kate’s outfits each day.

If you missed a post, check out all of my tour coverage on this page. 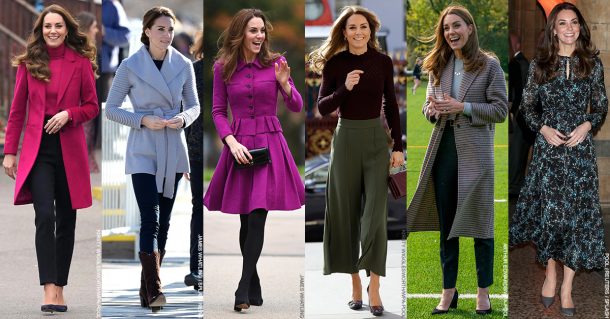 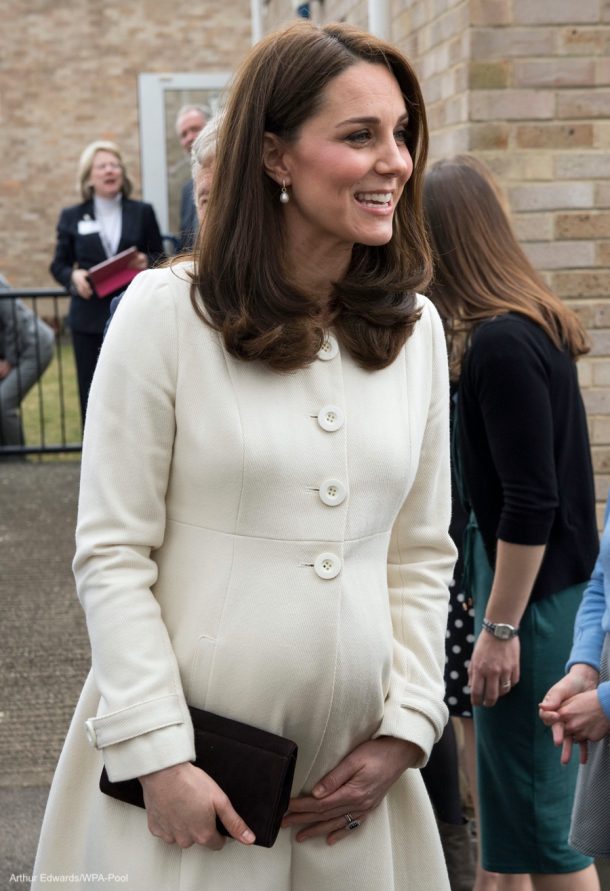